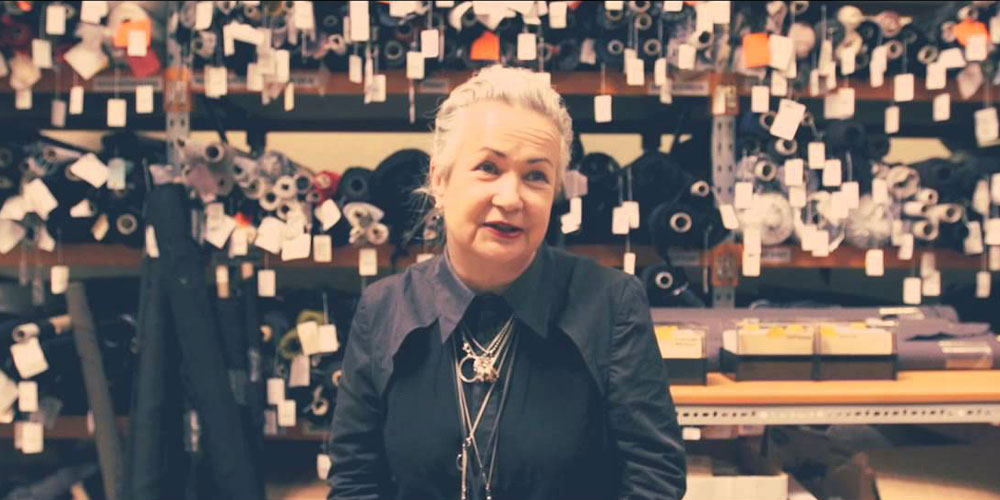 As a young girl in a family of four sisters, Margi Robertson developed a pointed dislike to Butterick sewing patterns. This individualism paired with a keen creative eye eventually developed into one of New Zealand’s top fashion labels, NOM*d. With a label that has retained its inspiring noir/punk aesthetic, and a store that reverberates with the world’s best styles, Margi Robertson has established herself as a figurehead in the New Zealand fashion world.

GGG: You have said that your store’s name PLUME comes from the term non de plume—what does the idea of having a pseudonym mean in you?
Margi: I like the idea that the brand is not directly associated with a person, Nom de PLUME, is an alias—a touch of the unknown, with no face as such. The collection is designed as a team effort, with myself at the helm, so I feel good that the credit is not just for me! PLUME existed before NOM*d, the name was referencing plumage or adornment.

Vivienne Westwood was a leader in the fashion movement for punks and now as a symbol of fashion as an instantaneous method of communication: is it possible to create a defined movement of fashion?
The instantaneous communication has changed the feeling of fashion incredibly. Fast fashion stores are able to instantly pick up on new creativity, nobody seems to own an idea for more than a moment. It’s crazy! You have to create an identity for your brand and stay with that style, just developing it further each season but maintaining its integrity.

What influence have bloggers had on fashion and NOM*d?
Bloggers are just another opinion, these days it’s easy to be a blogger as opposed to fashion journalists who have spent time in education and experience to reach the levels of reporting in revered and recognised fashion publications. Bloggers are communicating via the cyber world, but there is nothing more satisfying than reading an article on good paper stock in a glossy magazine!

What has been your most luxurious fashion moment?
In the mid 90s when we went to the Martin Margiela showroom, Martin himself introduced himself to me. We had employed a girl from Belgium in our Dunedin store and she had worked with the house as a model, he was intrigued that we could sell his style of clothes in a city the size of Dunedin! The other thing was he never made himself public, the staff told me it was really unusual for Martin to connect with his clients, he remained quite faceless for the whole time he was with the house. So it was quite special really!

Another crazy moment in the late 90s was passing Anna Wintour at the shows in Milan. She did a double take with me, looked me up and down seriously. Even the friends I was with commented. I was wearing Martin Margiela.

What has been your weirdest Dunedin fashion moment?
I can remember doing some after hours work in the store, the lights were off and we could hear the comments of the window shoppers. Some people thought we were a second hand clothing store and others talked about the “black” clothes. Many of the public have a weird conception of what we are about. But I kind of like that!

NOM*d often achieves a non-gendered look – what is your view point on gender constructs in fashion?
Gender constraints are created and exist in the mainstream. We like to think we are outside of that genre.

How does NOM*d maintain a utilitarian point of view?
Garments have to be easily wearable, so references to uniform and utilitarian items are often identified, as uniforms have to fit across all shapes and sizes.

NOM*d sits alongside Martin Margiela and Comme des Garcons at the Liberty of London—how does it feel to be places among the brands you once, and assumably still, look up to?
It’s pretty amazing to have achieved that status! But remember NOM*d sits alongside those brands at PLUME as well. It’s great that you don’t have to be in London to have access to them. It’s wonderful to have these long standing relationships with these brands.

Does Sexual Assault Have a Role to Play on TV?

TW: This article deals with sexual assault.  Last Sunday, Game of Thrones featured a rape scene between Sansa Stark and Ramsay Bolton. It was…