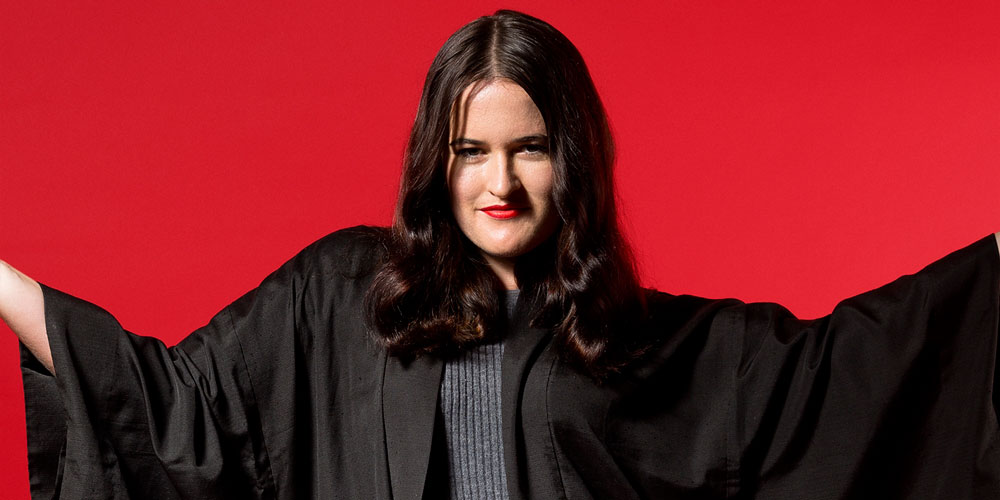 Alphabetica Archaeologica is a printed publication by writer Sammy-Rose Scapens and designer Simon Oosterdijk, well to be more specific it’s a typographic language book that conjures the unusual personas found within each letter of the alphabet.

All twenty-six characters are revealed through the book’s innovative use of typography and  teamed with experimental style prose and an intelligent narrative.

Hand printed on a Risograph printer in an Auckland City lock-up, the book is quickly garnering attention from literary and design communities around the globe.

Following Alphabetica Archaeologica’s sell out appearance at the New York Art Book Fair (swoon),  and its successful New Zealand launch, Good Good Girls caught up with Scapens for a wonderful and slightly nuts introduction to the book that is now being dubbed the “alphabet book for adults”.

Obviously, what is the function of an alphabet book for adults?
The purpose of  AA is pretty broad. I’m not sure if it serves any particular function—but it was created as a way of exploring the world around us and analysing something (the alphabet) that has become a banal 2D experience. The alphabet is very alive in everyday use, and yet sometimes we can forget to find the magic in this set of graphemes that allow us to communicate a massive amount of topics, feelings, philosophies etc etc, both verbally and through written language. 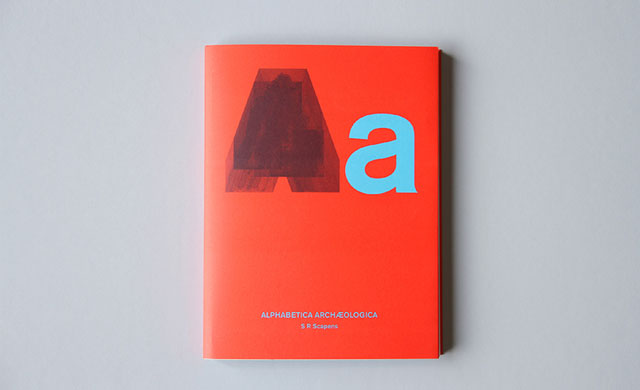 It clearly isn’t a kids book, are the major themes expressly”not suitable for children”?
I actually think it is suitable for children and although I am an unmarried woman who has yet to have children (will I be barren forever?) I may change my mind once I have my own. I do like to that think children need to learn about sexuality and exploration from an early age. Or at the very minimum have access to the open minds and material that explore the varied nature of people and things. AA does have the odd swear word, so in that way I think it is potentially inappropriate for children.

How did you create the persona and philosophy behind each letter?
I began creating the personas for the letters by looking into past alphabetic research and imaginings to see what others had associated the letterforms with. I would then sit in my house all day drinking wine, swinging around on my office chair, and rolling back my eyes in the hope of attracting some sort of intelligent spirit that would tell me the secrets of the alphabet. I began digging things up in the garden and making little sectioned off areas by the tomatoes as a type of self-designated archaeology site.

I would often dig up worms, little bits of rock, and occasionally objects of unknown origins—potentially letter shaped and I would store them away for later analysis. I finally realised that (not from my own recognition, but that of my family and friends) all dat diggin ain’t gunna make no book. So, I started drawing all the letters over and over again, kind of like my own personal spirograph, that way I got the feel for each shape of the letters and had time to investigate how they feel and sound and look.  They began to become like an angry family. Something I could associate with.

You forfeit the use of punctuation and grammar, what do you think the reader will make of it?
It makes it really fucking hard to read, which was unintentional and the result of my hideous ability to figure out where all the little dots and slashy thingies go. I also like to sing when I work and when you sing you don’t sing with grammar in mind so I used spacing instead.

What does Alphabetica Archaeologica mean?
Alphabetica Archaeologica really just means the archaeology of the alphabet or the uncovering and excavating of the letterforms. I just liked the idea you could dig up the magic, or that you could scrape off the original surface of the palimpsest to find fine inscribed stories that had been carved at an earlier time. The “ica” at the ends of both words is just for rhyming purpose. 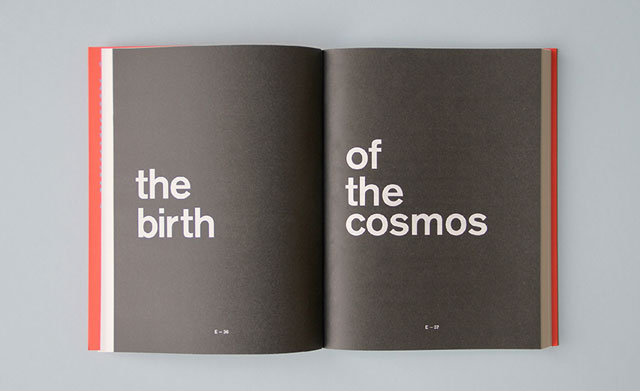 Was there a particular creative influence that inspired your project?
Although many of my personalised death threats have been very inspiring, most of the inspiration came from artists, writers and singers who deal with issues of sexuality, vulnerability, exploitation of the human body and the natural human condition. People like Helmut Newton and Peaches. I often think about what people would be like if they wore their penis on their face and had no clothes to hide it behind. I like to imagine who people might really be if we were to strip it all away. I was also living in a pretty bad situation at the time AA was conceived so I think some of the melancholy within the works comes from that—as well as my incessant love of depressing country music.

AA was a collaborative effort between you and designer Simon Oosterdijk (Pie Paper), wow did you guys go about connecting design and language?

Simon and I have a very enjoyable working relationship. We seem to balance each other out within the creative realm. Our working partnership is held together by a mutual love of good alcohol and music—as well as a decent amount of healthy debate around which way is the best way forward. Luckily for us AA has become like a pretty little child who gets the best assets of both parents. The typography and the poetry work together to create a variety of storylines and narratives that weave together to create the overall concept.

Could we have a special sneak of the letter G for GGG?
G

strings raised above white pants why the hell not

no such escape from the family of sound screaming

last to leave the party big mouth gulps into depth of

tripping into the gutter getting gutteral

That pretty much sums us up. Plenty of writers who perform obscure rituals before knuckling down: Hugo wrote in the nude, Capote had to always be lying down, Hemingway probably had to punch something. Do you have little rites you perform before starting work?
My rituals are incredibly normal. I begin by putting on incredibly seeexxaaayy lingerie—a floor length kimono (which drags two meters behind me due to my midget like status) and then I wear high heels. This way of writing has always looked incredibly cool in my mind, but when I list it out here I realise I must look like a madam at a Brothel, commanding all my young men prostitutes through to their dirty little rooms where women with unusual sex kinks chain them up.

When writing I always drink wine, dance and wobble my head. I think the wobbling is in the spirit of banging ideas out through my ears and onto the page.

Hey whatever works lady. Following the success of your New Zealand book launch at the Iron Bank in Auckland do you have any plans for an Australian launch?
Our New Zealand launch went surprisingly well. No one got angry at me for reading out the swears in the book, and although I sulked almost the entire time in the background we still managed to sell books and complete a pleasant enough reading (I have very active hands that like to take it upon themselves to dance when I am reading which I hope no-one at the Auckland launch noticed and which I am praying my hand hypnotherapist can cure in time for the Melbourne Launch). Perimeter books in Melbourne has kindly offered to host an AA event before the year is out.  I will have to keep you updated on the details. I will be there. Drunk. Reading. Most likely with crazy hands.

Will we get to see another collaboration between Scapens and Oosterdijk?
Yes of course. Simon is not permitted to ever work with anyone else… EVER… Forever more, no more at all, ever, for all eternity—just me. He is too bossy for me to ever boss him into that, but we really enjoy working together and are currently in the process of pulling together our next book with NZ Author Mike Johnson. We are hoping it will be released early next year.  The next issue of Pie Paper (Simon and Markus Hofko’s excellent periodical) is also in the mix and will be printed on the Riso, down in the lockup over summer. We have some exciting work that I am really looking forward to.

Celebrating Women And Not Over Thinking It

So today is International Women’s day, and I’ve been thinking what I’m going to say about it. Whenever a date like this rolls around…