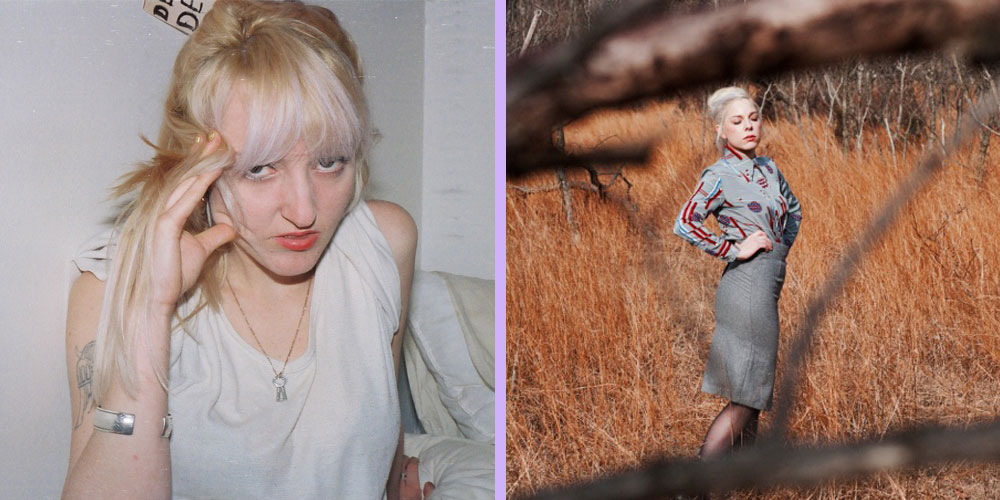 Lia Mice and Angie are two of Australia’s most original young musicians. Lia’s past is in punk, soul, and noise thanks to several years spent in Brooklyn. While over there she refined her own brand of art-pop that leaves the mainstream for dead.

While Lia was breaking NYC hearts Angie was become a local cult hero, after playing in Circle Pit, Southern Comfort, Ruined Fortune and Straight Arrows she released her own debut album Turning this year.

Lia: How does your songwriting process differ between all your projects and your solo project?
Angie: My solo project is more introverted, personal, and relates directly to moments, people and memories from my life. With my other projects, there would be an element of collaboration over lyrics, themes and musical expressions – relating to a feeling that is shared. My solo songwriting process is also much longer, open-ended, and in a sense, thought out. The songs might be dwelling in my mind for years and years before they are enacted or written out. There’s pros and cons to both, and I’m glad that I can collaborate and work in a solitary manner. I feel very lucky in that sense.

Lia: Your album Turning has a live band feel, even though it is a solo album. Was this a goal when creating the album?
Angie: I like both high and low production, in this instance there was no band, only myself playing the tonal instruments, and Owen (Penglis, engineer and producer) playing drums. I see Turning as a big learning curve, a bunch of happy accidents, and a really cool and interesting time. I was lucky to have so much time allowed to me by Owen to really explore and layer up guitars and keyboards. It was a testament to a very solitary, almost dark time, and its a very contemplative album. I think if was more solo sounding, it would almost be too dramatic, too dark. So the live feels brings it up a little more, with a little more bounce to it.

Lia: How do you achieve this full band feel live?
Angie: The live band its a bit different. It is always evolving, and changing over time. On my American tour it was a band created in America, that may not exist again. Even the transience of some of the bands gives the performative aspects a great energy. In Australia the band has two lead guitar players and I stick to singing and keyboards so its always a little different. With the live band I try to initiate an element of improvisation and structured “jamming” to the songs. I love to improvise and I love to work on the feeling of the moment, with enacting different and unique sounds, depending on the energy of the band at that time. There’s a few songs I’ve never played live and would like to, I guess maybe in time they will become part of the set.

Lia: Some songwriters set strict boundaries for themselves as part of their creative process. Have you ever tried this and what was the result?
Angie: I’ve never really set any boundaries, as there is enough circumstantial boundaries that dictate the proceedings on their own already. I feel like I’m still growing as a songwriter and evolving, thus there is no need to set any boundaries, rather take a more instinctual and/or intuitive path. My new album has a lot of songs written while I was in France, so there was I guess a circumstantial boundary of that in a sense, being cut off from my regular life, and each recording experience is fraught with either time limitations or creative ones. I’m interested in making all instrumental music, and a record of more acoustic folk songs, so I guess those are imposed boundaries I will be making in the future! But at the moment, its all free which is the way I like it.

Now you. Does your “heavy pop for heavy heart” come also from a heavy place?  Your newer material seems to hold more upbeat, optimistic tones. I am curious.
Lia: My new album is more upbeat, but that probably says more about how downbeat my previous album is. While writing that one I played a festival in a temple in Tokyo that ended with all the artists and audience joining the monks in meditation. It was a super slow hypnotic chant with ringing bells. That experience had a huge influence on the sound of that album. For my new LP, I Love You, I was drawing on experiences and sounds I’ve come across since moving to France.

Angie: Living In Brisbane, Lyon, and Brooklyn, would you say these vastly differing geographic locations represent different “Creative chapters” in your life?
Lia: Absolutely. My lifestyle in each city is so different. That directly affects the way I work. In New York I was so inspired by all the creativity around me but I had so little time. I was pushing myself to create in tiny bursts whenever I could. Living in Lyon I have a lot of space and time to experiment. It’s a whole new way of working.

Angie: You are a pop artist and also a soundtrack composer. How would you differentiate between the creative process for either of these art forms?
Lia: When I write pop music I’m building textural layers like a painting. Composing for film is more like an ink drawing. I’m looking for one sound or voice that carries a message without overpowering what is on the screen.

Angie: Would you say your pop music has cinematic elements? Was this at all considered in production?
Lia: Yes. I wanted to combine soundscapes with pop music. Also some of the songs on this album were developed from unused experiments I was doing when scoring a short film last year.

For Michelle Huynh, photography was just a hobby during high school but was then encouraged to undergo further study. She then went on to…