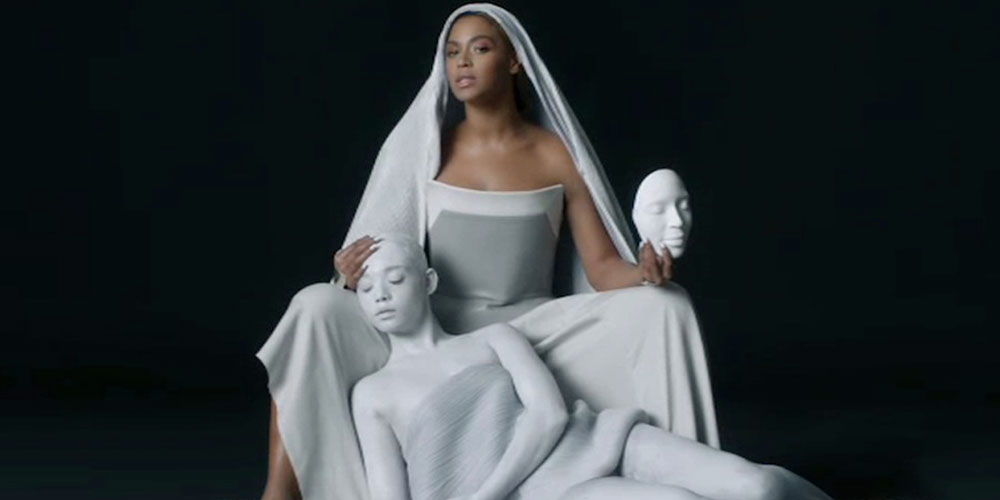 A couple of weeks ago we ran a piece exploring some issues we’d had with Beyonce’s new album. In true GGG style the article evolved into a really great debate about feminism and how we speak about other women. When Carolyn (one of our favourite local writers) approached us about writing something about what the album meant to her we couldn’t get our thumbs up fast enough.

My parents raised my two sisters and I while mum was surfing the second wave of feminism. Our childhood was one free from gender conformist toys – no Barbies ever sat under the Christmas tree but we had all the Lego we wanted. Although dolls were verboden we could listen to or watch pretty much whatever we wanted. Madonna was an early favourite and my sister Rebecca and I performed a dance routine for the extended family to “Like a Virgin” one Christmas, after Rebecca had satisfied my curiosity by informing me that a virgin was “someone who has never been kissed”. It’s surprising that Bec and I were confused about the word virgin as we were unusually well-informed on the subject of sex from an early age. My parents taught us frankly about it in both general and specific terms (yes I know the story of my conception, no I never ever want to talk about it).

Mum took us book shopping almost exclusively at the Women’s Bookshop, and would buy us books with titles like Someday My Prince Won’t Come. If we wanted Sweet Valley Highs we were welcome to buy them but we had to pay with our own money and make our own way to the chain bookstore. I think between the three of us we had about 80 SVHs, and we read them feverishly, sometimes fighting gladiatorial battles over who got to be the first to read titles like Against the Odds (plot summary: Ronnie Edwards has a problem with gambling. Jessica tries her hand at selling homemade jewelry.) The feminist manifestos gathered dust because we knew the theory, we lived the theory, and we wanted to escape into the lives of boy-crazy Californian twins instead of reading about what we already knew to be true: woman were strong, independent, sexy, mistresses of their own destiny, supportive of other women and equal partners in romantic relationships. Actually that pretty much sums up many of the SVH plots as well, only with cheerleaders and gleaming lavaliers thrown in the mix. (Let me say that I realise that we were lucky to think and experience these ideas of feminism, which many woman, because of circumstances beyond their control, are not able to gain tenure over.)

When I was 13, I saved up my pocket money to change my surname by deed poll so it would include my mother’s maiden name. I have felt a strong sense of ownership over my name since then, and I like that I chose the name the world knows me by.  When Beyoncé announced that the name of her latest world tour would be The Mrs Carter Show, I didn’t get the shiver up my spine many feminists experienced, but instead I read it as her being ironic. Beyoncé is one of the most recognisable names in the world, but she was saying ‘you will call me by whatever name I am telling you to’, because she has that control. There are obvious connotations in the name of motherhood and wifehood, but she is both mother and wife, though those roles are not what she is most famous for being, and will never be, hence the irony of her tour name.

While still on said tour, Beyoncé dropped a juggernaut of an album last week that I have been listening to on straight repeat. I’ve long been a fan and when I saw her in concert earlier this year, I surprised myself by bursting into tears because I was so overcome by being in her physical presence. I love this album and to me it’s about all the things my mum raised me to be: strong, independent and equal to any partner in my life.

It’s also a super sexy album. Beyoncé is getting as good as she gives sexually, and if you’re keeping score, ‘Yonce’ is ‘ all on his mouth like liquor’ as much as she is getting ‘Monica Lewinsky’ed’ all over her gown. I don’t really want to get too much into the politics of blow jobs in an article where I’ve name checked my mum so many times because, ew, but this album to me seems to be about a balanced sexual relationship if you really want to count blow for, erm, blow.

I’m surprised to find myself sounding like a supporter of raunch culture because I’m really not; I’ve never been one to defend stripping as a feminist act and as a rule I find the hypersexualisation of girls and women in the media deeply disturbing and depressing. I don’t find it ‘empowering ‘ when Beyoncé writhes around in the various videos on the visual album. There is however something titillating about her that I find absent from other recent  ‘sexy’ music videos, the most obvious comparison being Kim Kardashian’s appearance in Kanye’s Bound 2. While I shudder to hear Kim K described as a ‘slut’ or a ‘whore’ (these are ugly and reductive terms for an obviously savvy businesswoman) I am not remotely enamoured by the blank sexuality she peddles. She’s at best a muse and at worse a prop, and she’s always passive. Beyoncé on the other hand is active. She’s meets your gaze (when it’s her face and not her ass on the screen) and you damn well know she had control over all aspects of the production of these videos. The other memorable female music video this year of course came from Miley Cyrus, but she’s too much like a kid playing dress-ups to be anything but creepy when acting the vamp. I’d also much rather listen to/watch Beyoncé being raunchy than a singer like Lana del Ray who only wants to talk about how broken and empty she is without a man. Sure most musicians will talk about love leaving them wrecked at some point, because that’s what love often does, but when that’s your only point of view, I think the better option is to dance it out with my ladies.

There are things on the Beyoncé album that make me uncomfortable. Jay Z likening himself to Ike Turner is gross, and I can tell myself that it’s just the bluster and hyperbole that rappers employ, but it’s an awful analogy for the husband in the biggest musical couple in the world to use. This is an album chiefly about sex, and being a woman having sex, which has translated to many shots of women’s body. When watching all the videos in a row it does seem like a shed-load of T&A which becomes unsettling after a while.

All in all though, the feeling I’m left with after repeat watching and listening to this album is that this is a woman in control, having some great sex, who is monumentally successful and at the top of her game. It’s an album that makes me feel sexy and strong and want to have fun. Maybe I’ve been blinded by Bey’s flashing lights but as my mother’s daughter, I can’t find fault with any of the feelings I’m left with.

We’re back with our second instalment of Book Club—all the fun of books, without having to clear out the beer bong before people come…