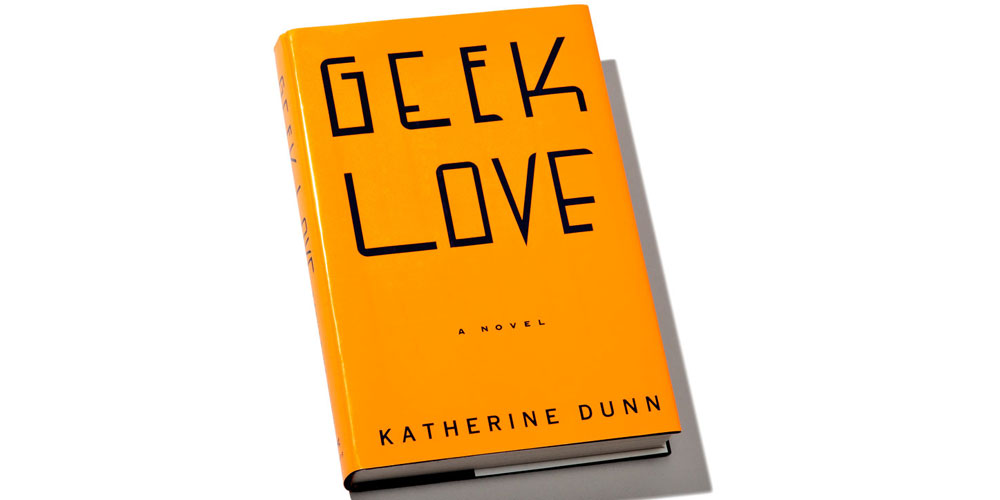 It’s time for another meeting of the book club you always meant to start, but never quite got around to borrowing enough chairs to have a group of adults in your house.

I basically read Geek Love while on the dregs of my innocence, idled somewhere between a pellucid child state and my current form of adulthood.

While stationed on the cusp of hoarding Scholastic brochures and dubbing myself Scout Finch, I read something that was narrated by a hunchbacked albino midget, who possessed an inadvertent incestuous tendency and I loved it.

Geek Love by Katherine Dunn is the story about The Binewski family, a travelling carny clan who are facing financial ruin.  Our midget narrator is the product of an engineered birth, where her mother consumed a DIY chemical cocktail in order to breed a more lucrative freak show. Along with the midget are her mutated siblings, whom all possess important roles in the story.

This read is so saccharinely perverse.  Yes, there is a Siamese twin sex scene and yes, a telekinetic kid artificially inseminates his midget sister with the “baby juice” of his fish brother/pet.  A grotesqueness totally lingers in your thoughts well after you’ve closed the book. Everything around you just seems so foul and untouchable, like some vagrant has rubbed his dirty balls on all of your pretty, little things. However, exploring the human condition through the confines of a defective physical appearance, makes for an outstanding point of view. No matter how unsettling and absurd this book appears to be, there are some powerful messages to be learned.  That philosophical grapple between the definition of “normal” and what makes a “freak” is put to rest by witnessing the logistics behind the most warped nuclear family ever.

I planned on rereading this book for the purpose of this review but Geek Love still remains too vivid.  I have flashbacks of Arty (the fish kid) being more akin to Jim Jones than the average tuna, I clearly remember midgets on stripper poles and mutated foetuses in formaldehyde filled jars.  The mental fragility of “normal” people is my most reoccurring and invasive thought, it’s also the most unsettling.  I just can’t read this book for a second time in fear of not loving it again.

If you’re after a wayward read fuelled by the philosophies of carny people, then this book is for you! Just make sure you read it on an empty stomach, OK?

The Assisting Minister For Women Doesn’t Believe In Feminism

When Tony Abbott became Prime Minister females everywhere shuddered. His grimy past and “boys club” attitude had us worried from the outset, and it…