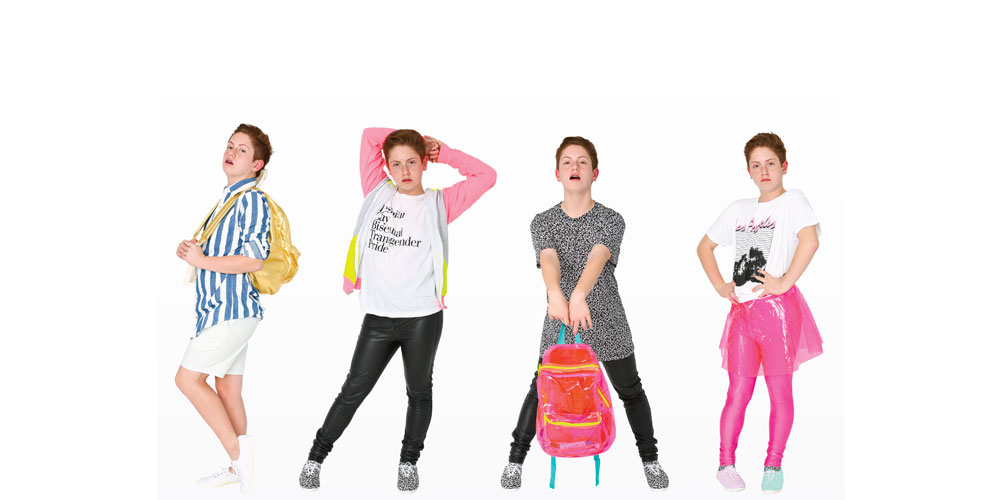 There are few brands that have attracted more attention that American Apparel. For years the controversial print adverts and intensely sexualised tone have courted controversy and provided teenage boys material to mash it over. But it was the behavior of ex CEO and founder Dov Charney that really made the brand infamous. I personally never really worried too much over the content of the ads. It seemed so over the top, so cartoonish, it was hardly sexual a lot of the time. I think it can’t be denied that it did occasionally hit the mark too. In the beginning a lot of us were won over by the brands fresh approach. The models were beautiful and sexualised, but fuck at least they have eyebrows and bush. They also did (sometimes half-heartedly) champion different version of beauty—although they all involved being young and half naked—and was vocal in LGBTIQ rights issues.

For transparency, I worked at American Apparel for a couple of years in my early 20s. It was a pretty cushy job, no I was never made to feel unsafe or objectified, and hell steaming chiffon shirts is a lot easier than pulling beers. But even in our little Australian corner of high minimum wages the word of Charney’s infamous behaviour was heard. I won’t go into them because they were after all rumors, but it was enough to let you know that the occasional complaint was probably the tip of the iceberg. By the time I left the company my memories were mostly good, but I did feel relieved that when asked where I worked I didn’t need to bristle when I replied, American Apparel. I didn’t need to constantly answer customer questions about our work practices or insure concerned strangers that I promise, no one has ever sexually harassed me or asked me to not wear a bra.

That was of course before the board pulled the emergency exit handle, dumped Chaney, and brought in Paula Schneider. The former National Organisation of Women’s Business Owners Inspiration Award winner was appointed to solve the carefully titled “woman problem”. She’s quickly made it clear the brand’s new direction would be away from sex and towards social issues. Which ironically was the initial idea behind the brand as it fought sweatshop labor and supported healthy work practices while asking shop girls to not wear stockings.

The intentions were already being made clear with the use of Brendan Jordan as a model in a campaign around expressing yourself and effectively telling bullies to fuck off. And we will confess that the Panty Time video was a good wink at inverting the sexual image to at least include dudes. But as nice as it all is, the big question is: is it enough? Can a culture of sexual misconduct be overturned seemingly overnight?

Like so many things, the answer is maybe. And a lot of that will depend on not only Schneider, but also the board’s ability to not let a female figurehead be a mere PR band aid. Lets not forget that these are the same people who kept Charney at the helm for a decade. And sure he has now been fired, but surely that would feel like too little too late for the women who were assaulted by him.

But so much of AA’s problem was not just a company’s ability to let a creep like Charney run the show and use it as his own personal heavy-petting zoo. It was laziness and compliancy in general. The brand stood out originally because it was “edgy”. That has to be one of the most over used and misunderstood buzz words of people trying to make money off under 30s.

It’s rare anything is legitimately progressive and challenging in the way people want when they use that word. And the reality is for something to be truly edgy it does need to be a bit uncomfortable. It needs to catch your eye, jar you, and make you think. And as much as the early AA marketing offended, it also did that, sometimes.

In the beginning, there was a case to be made for sex and body positive messages. But as weak as it was, it was lost long ago. By the end of Charney’s reign I wasn’t bummed out because I was seeing tit’s at American Apparel, I was bummed out because I was seeing tit’s everywhere. Beautiful bodies were more of a commodity than ever, so they had largely become invisible. Although the pube mannequins and Petra Collins collaboration brought a bit of originality it was the sameness that made the brand feel so out of touch.

Hopefully Schnieder gets rid of the rampant and institutionalized sexism. But also hopefully she finally make use of the AA audience again. For better or worse the brand can draw a crowd, so give them something to look at. Because in 2015 it’s not enough to say it with tits anymore.

Helen is the last in our series of  short pieces by Ella Mittas on gossip. We’ve been so lucky to be able to publish…