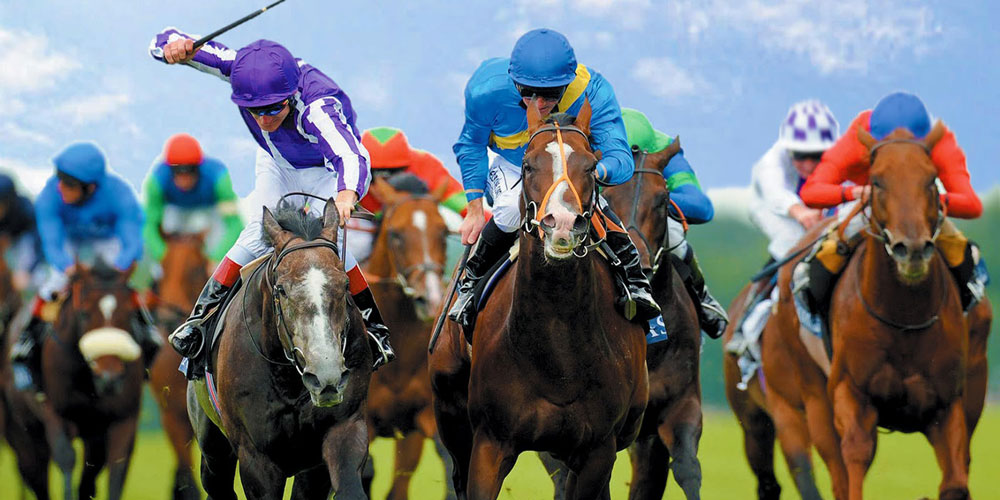 This isn’t an article about feminism or women or gender. It’s an article about something that isn’t fair or right, and I like to think that anyone with a heart for the aforementioned issues is moved by any creatures suffering. At the time of writing this, about two hours after the Melbourne Cup ran, one horse is dead and another seems like it will soon join them. Although horrifying we really shouldn’t be surprised, after all last year the exact same thing happened when a favourite horse was euthanised. In Australia roughly 18,000 ex-racing horses are sent to slaughter each year to be processed for pet food. These aren’t old, sick animals, they’re million dollar investments that have soured or simply aged. Although those 18,000 horses are lucky in the larger picture, they could have been injured during practice or a large race itself, they meet the same fate, although die totally terrified.

This is a familiar argument, each November the spring race season starts with conversations around outfits and parties and ends on the evening of the Melbourne Cup with people feeling sickened and embarrassed. We’re embarrassed for the bet we placed, embarrassed for the excitement we felt, and embarrassed that we’ll soon forget these feelings and return for more next year. Hey, at least take solace that you paused to read this article.

Although the suffering of these horses is most public in November, their lives are far from peachy the rest of the time. The thoroughbred foals born in Australia each year will live lives of intense mental suffering. They’re “stabled” or isolated from other horses, constantly moved around on trucks, put through intense daily high performance training, and live on a strict grain based diet that can lead to gastric ulcers. It’s no wonder racehorses are known for being tense and temperamental.

Animals that survive to the end of their career and are even be lucky enough to be used for breeding not dog food in retirement still endure torn ligaments and tendons, dislocated joints and broken bones.

But only a handful of people are directly responsible for the agonizing lives of these animals, we in turn are responsible for the culture that makes it worth it. Australians view themselves as having a pretty good track record for animal welfare. We look at Spain’s bullfights, Mexico’s cock fights, southern China’s dog eating festival  and grimace. But our practices see comparable numbers of fatalities, it’s just that Rebecca Judd is there so we don’t notice.

If you hadn’t grown up with a day off in November, and had never seen a horse race, you would approach this tradition with as much heartbreak as big game hunting. It’s become normalised and hence excusable.

Most would gawk at the idea of ending horse racing, claiming it’s a tradition. Although other acceptable behaviours like eating foie gras, wearing fur, or even using products high in palm oil have fallen by the wayside in place of compassionate thought. Hell, we used to eat horses and now find that goulish. Although we’ll race them to death and feed them to our pets.

The industry is profitable, wealthy, and provides employment—but so were ivory sales and pharmaceutical heroine. It’s not in reality large enough to have widespread social ramifications if it falls, and its ties with wealth and old money insure that even if earnings are lost they will probably be able to spare it.

No the issue that we return to is that it’s in our culture: take a day off and have a drink with your mates. The fact we celebrate Christmas and Easter without having to justify our faith, enjoy labour day although the concept of an eight hour work day has been largely lost in an internet/freelance world, and even dress up for halloween doesn’t cross our mind.

You can have everything you like about the races without the races. Want to gamble? Buy some cards. Dress up? Have a party. Get shitfaced for no reason? Be Australian in 2014. We don’t organise the race but we celebrate it enough that those in power can hide behind the excuse that it’s “our race”, that it belongs to the people and is tradition. Don’t forget the animals that suffered this year when December rolls around, and make it clear you don’t want any more torture in your name.