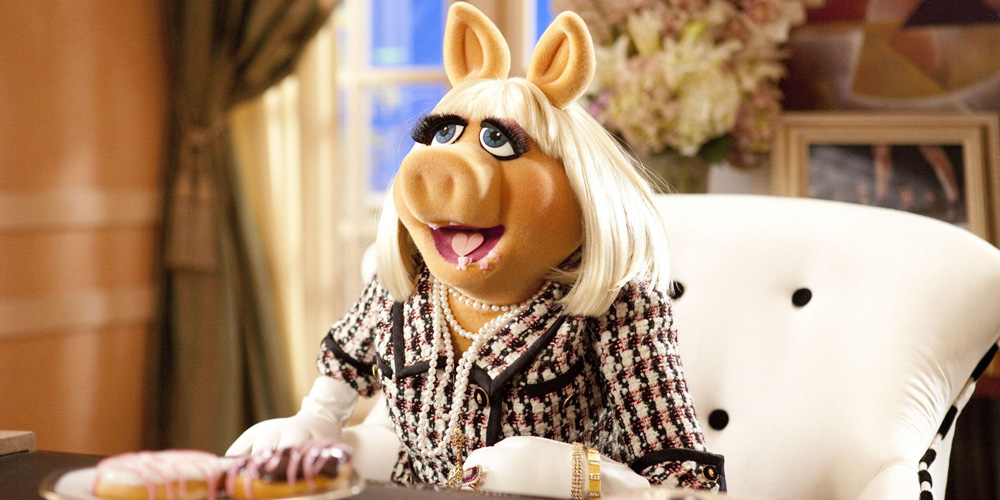 This week it was announced that Miss Piggy will be awarded a Sackler Centre First Award from the Elizabeth A. Sackler Centre for Feminist Art by the Brooklyn Museum. At GGG we’re huge Muppet fans, so obviously sat down to write something about why Piggy is such a hero.

The award is given to those who have “broken barriers and charted changes in all disciplines and areas”. Considering Piggy was one of the only female cast members on a variety show in the 70s, we think she’s more than faced off with the worst of white-male dominated media patriarchy and come out on top. Although to be clear, that’s no lash to The Muppets. Possibly one of humanity’s greatest achievements.

Rather, like Linda Radner did on SNL, she just reminded everyone that a strong female presence can only elevate comedy. After all, for a lot of us this self possessed, confident, and sensitive pig was one of out earliest feminist icons.

But in true Miss Piggy fashion, when we tried to talk about her, we realised that she was clearly able to articulate why she’s so amazing more than we can. So rather than spell out why she’s so special we thought we’d spend the time and space building a little digital shrine to the legend.

She calls bullshit on body-obsession.

She values her girlfriends.

Although she’s not afraid to express a softer side.

But she’s no saint.

She has zero issues staying relevant.

Although she loves Kermit, she’s never let herself get tied down.

And she has no problem branching out on her own.