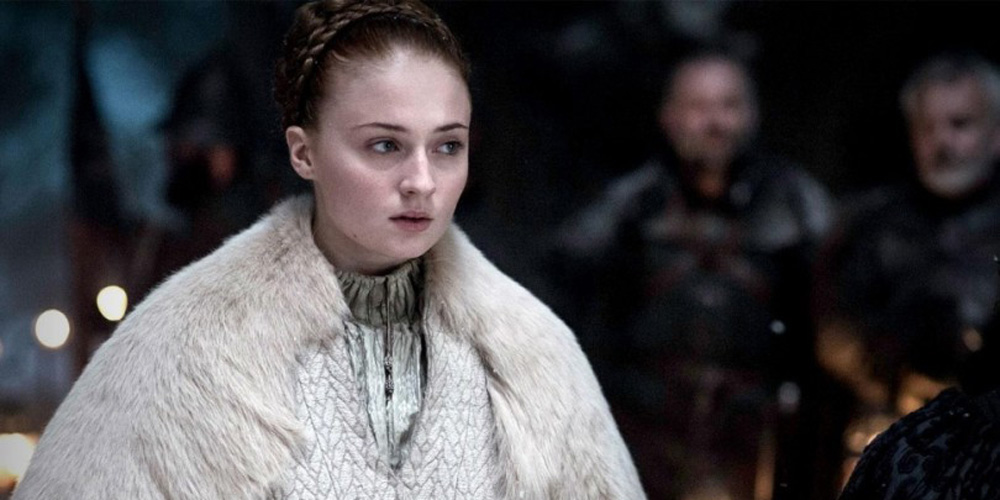 Last Sunday, Game of Thrones featured a rape scene between Sansa Stark and Ramsay Bolton. It was the third time the show depicted sexual violence against a main character, but the teenager’s assault resulted in one of the biggest backlashes the controversial show has seen. And among the resulting articles, Tweets, and calls to boycott of the series, a question about the place of rape on TV emerged. That is, why is there suddenly so much of it?

Recently sexual assault has been a plot point on Downton Abbey, House of Cards, Mad Men, The Newsroom, The Fall, and almost every other lauded primetime TV show. Those impacted were largely educated, in their 30s, white, and middle class. Their storylines showed assaults being carried out by people they knew and trusted. Presented in this way, depictions of assault on TV can fracture long held assumptions about sex crimes and the people who experience them.

Rape’s growing role on TV is something Barbara Baird, Associate Professor of Women’s Studies at Flinders University doesn’t find surprising. “TV is a resource we have for understanding what’s happening in the community and our own life,” she told GGG. “And I think there is a relationship between a growing understanding about violence against women and ways these TV shows are helping us work through the problem.”

In Australia, it’s conservatively estimated that 1 in 5 women and 1 in 20 men have experienced sexual violence since they were 15-years-old. Assuming that TV is a reflection of our lives, the reality is that many of those lives are touched by sex crimes.

But as the reaction to Sunday night’s episode demonstrated, it’s not enough to show rape and say it’s helping us work through these problems. As the public faces the rape crisis and explores it through the media, the dialog of how we portray sexual assault needs to also be explored.

No one talks about sexual assault more than TV crime dramas, and it’s here that many of the issues of exploring such loaded themes on TV come into play. Professor Baird is particularly critical of the way assault is so often presented on these shows, “It’s often by serial killers, it’s often bizarre, horrific, brutal, and I’m not saying that doesn’t exist. But sexual violence is much more commonly part of heterosexual culture. And that quite often doesn’t get represented in relation to how common it is.”

Victims of sexual crimes on TV are often sex workers, drug users, runaways, and strangers to their attackers. For shows like Law and Order, CSI, and Silent Witness rape is the tool of classic, and easily identified, villains. But with 47 percent of rapes being committed by a friend, the realities and message we’re exposed to on TV are still too often distorted.

Much of the discussion about the portrayal of rape is looking at what is shown during the attack. But it’s important to turn a critical eye to the information provided around the assault. A massive justification for showing sexual violence is to educate the audience to the help available.

Carolyn Worth from South Eastern Centre Against Sexual Assault stresses that in these instances TV can be a real tool for helping people see the reality to the violence. “People think those things happen to certain types of people. The media has a role in spreading the message that things can happen to anybody.”

Much of Carolyn’s work is helping women deal with the aftereffects of assault, and the practical realities of what that means. She comments that a lifetime of watching the process play out on TV often gives a false sense of that’s next, “It’s the CSI effect—over and done in an hour—we have clients who when they’re told it will take a certain amount of time to get their results they say, ‘But they can do it in an hour on CSI?’”

TV also assures us of the role police play in dealing with assault, and the belief that if a rape is reported justice will be delivered. But with 68 percent or rapes never reported, and 98 percent of rapists never spending time in jail, it’s another sad reality of the experience that continues to be largely ignored.

This tendency for TV to edit how rape is experienced is perhaps the biggest remaining issue. If these scenes are justified for their ability to show something that is usually hidden away, there’s a case for including the ongoing issues victims carry into the rest of their lives. Carolyn suggests, “The right way [to show rape] is to show it affects them for a long time. For some people for the rest of their lives, they never really recover from it.”

TV has done a good job of breaking down walls over what mainstream media can talk about. As well as being progressive in representing many realities of assault that aren’t always expressed. But right now the most powerful and difficult story to tell is what comes next. And that is largely what is missing on our screens.