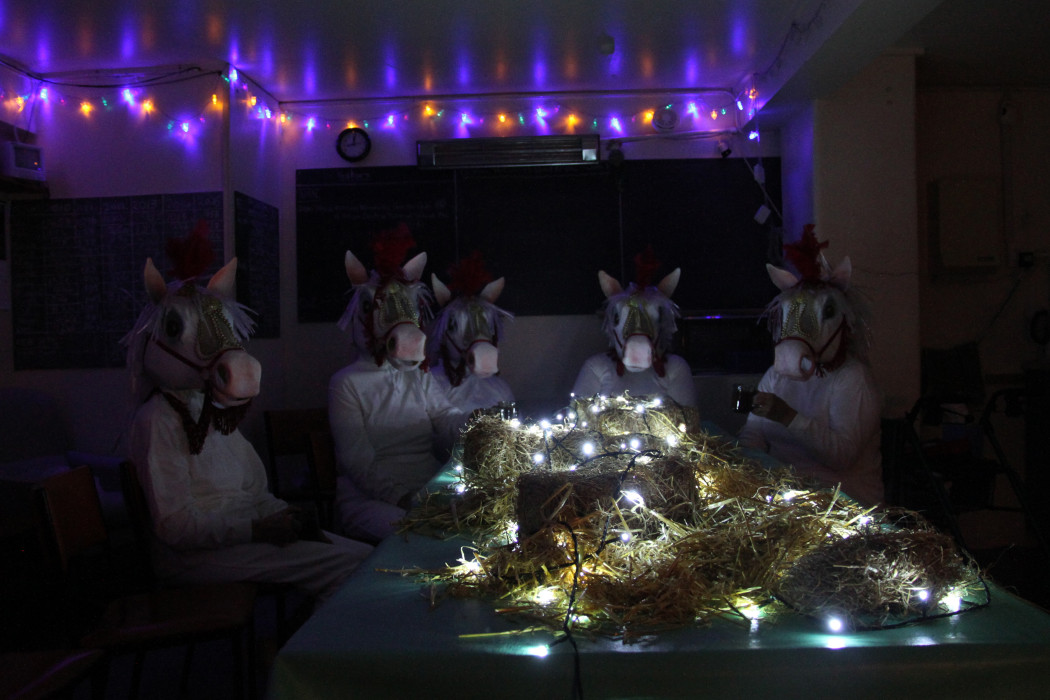 New Zealand filmmaker Michelle Savill has been writing, directing, and producing films, music videos, and animations for years. At GGG, we’ve been a fans for a while. Her works are dreamy and surreal peeks into a world that’s similar to ours, but a little more magical.

Her latest project Fantasy Cave is based on, and named after, a real place in Dannevirke, NZ. Fully devoted to dioramas of fairy tales, it’s been a strange but beloved children’s favourite for decades. Michelle’s produces Matthew Henley spent time there as a child, and introduced her to it as a possible documentary subject.

GGG: Hey Mich. So tell us about Fantasy Cave the place?
Michelle Savill: Fantasy Cave is a DIY fantasy land in small town called Dannevirke here in the North Island of New Zealand. It’s about a three hour drive from Wellington. A group of Cave Dwellers keep the Cave running and build the dioramas, they are all volunteers.  It’s been around for 25 years since it started out as a Christmas Cave, then the Cave Dwellers started adding in more dioramas of fairy tales, fables, and magical worlds. One room is completely devoted to Hans Christian Anderson stories, another room is a space theme, another room is under the sea, and so on. It has a multitude of corridors and staircases that make you feel like you are actually descending deep into the ground. I got lost the first time I went there. 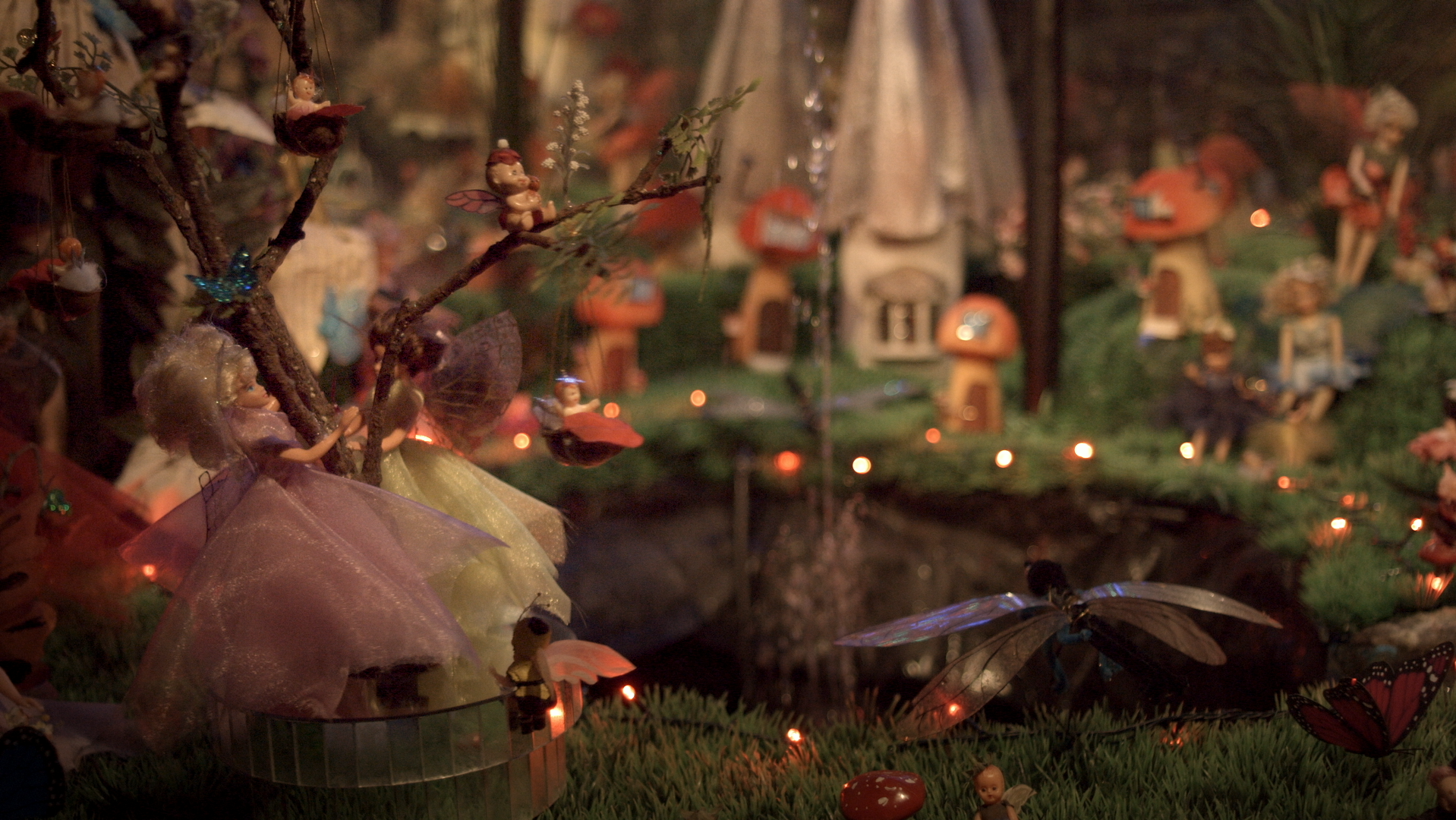 Why were you drawn to it?
Matt went to it when he was a kid and it made a big impression on him. He’s brought it up when we were brainstorming doco ideas. When he was explaining it to me I couldn’t quite comprehend it but it sounded weird and amazing. We couldn’t find any footage of it online and there were hardly any photos which added to the intrigue.

We went out there to meet the Cave Dwellers and walking in it was better then what I had hoped for. It was amazing and so completely visual there was nothing else it was more perfect for then a doc.

How long have you been working on this project?
We started in January so six months. 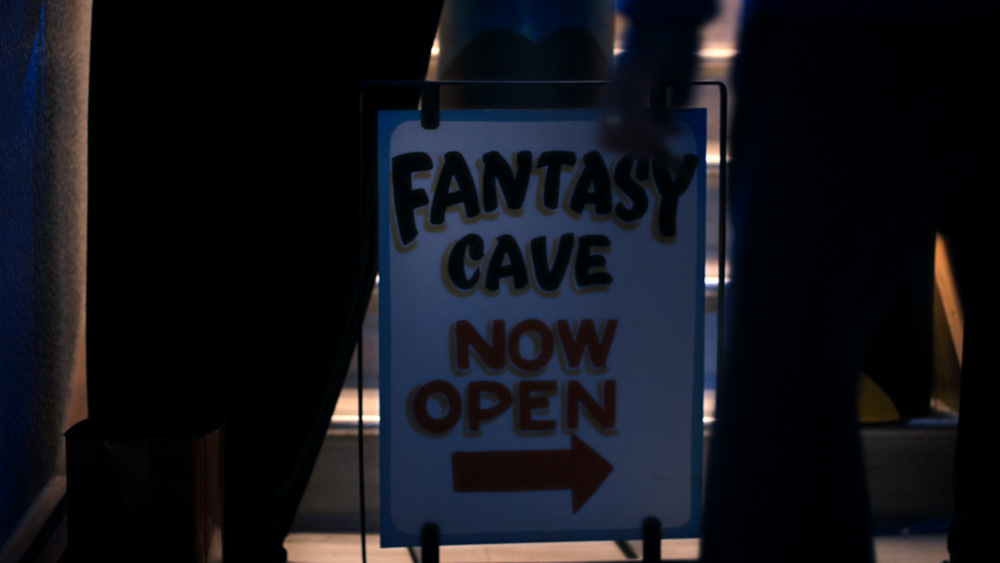 What was the biggest surprise?
The biggest surprise was probably how much fun the Cave Dwellers have together. They are this energetic lively collective of artists who have this huge workspace and studio to create whatever they want. They all have different skills and work together pooling their resources just to create. It’s rad to see older people goofing around, creating and running this fantasy world. I hope my retirement is like this.

Is the final product similar to what you imagined when you set out?
We always knew we wanted to explore the creative behind the cave but we didn’t know how it was going to come together. We couldn’t have imagined the horses having a cup of tea or hooning around in the supermarket trolley. That was all their idea. The horse costumes are from a float they made for a Christmas parade and they suggested getting into those. Being visual artists themselves they had an innate sense of what the film would need so they were often throwing ideas our way for what we should film and checking if we had shot this or that yet. It was great. 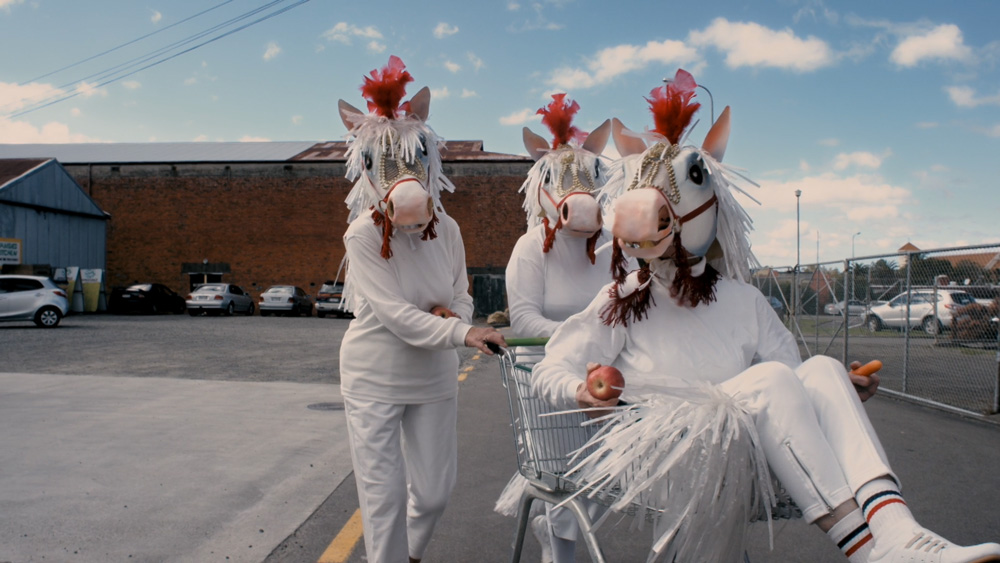 Sounds like you really look up to them, who are your personal heroes?
My friends who are proactive about making change and doing what they can to help make a difference are my personal heroes. For example a friend started an Ethical Fashion Fight Club with proactive strategies to question clothing chains on the ethics behind their clothes. Another friend runs a prison book club and another volunteers at Time Bank. They take the initiative to do what is in their power to make a small difference and they are my heroes because of that.

What’s next?
Some friends and I are developing a web series called Open Home and I’m also developing a feature called Millie Lies Low.

‘Fantasy Cave’ is out this week. Check out more of Michelle’s films here

The Pick Up Feminists

The guys who are guilty of this, create their own public feminist mystique they can carry into their next conversation with a woman. I…