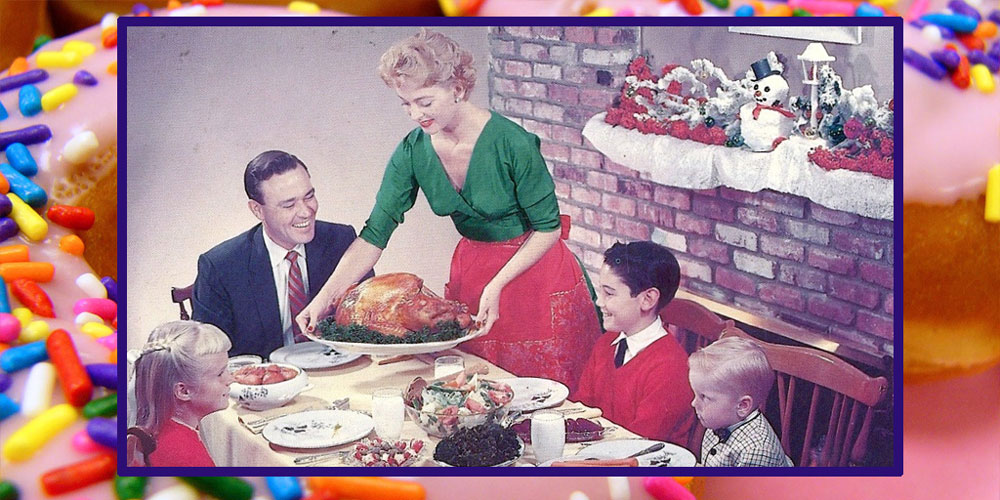 Misplaced concern can be damaging. If I eat sweets initially deemed not desirable enough to be worth the cost to my body, to please another, I’m unlikely to feel good about the decision. A second offer can save us from regret or make us feel like better hosts, but we must mind our approach.

Sticking in my memory a peer, unable to believe that I wouldn’t want one of his maltesers, asks me if I think I’m fat and then tries to put his arms around my girth to show me that my figure is acceptable to him. Notwithstanding what I should have said, subsequently telling people I was on a diet often seemed easier than explaining that I said no to dessert because I didn’t find it that hard to resist. These days, I use my chocolate habit as an excuse: I start my day with chocolate and by mid-morning feel I’ve had enough sweets. Where did that come from?

It started after a visit to the Cheesecake Shop with my generous father. He’d asked me what I wanted and I’d given my usual routine of “nothing for me, please. I don’t want anything” in the way I’d learned to say it- clearly, assuredly and repetitively. “Go on, you’re too thin,” he replied.

Whether this was a genuine (albeit subjective) observation from a man who was concerned because his perception of “thin” had been skewed by his mother, who used to go to the cinema to forget that she was hungry, or whether it was a meaningless line from a man concerned that his teenage daughter wasn’t having any fun, I don’t know. But after that, I began eating my sweets when he’d see me, at breakfast, to prove that I wasn’t afraid of junk food.

Why had I had to prove anything? What had I had to be afraid of? It’s because I associated being told I was thin (or now, “but you’re fine”) with being pressured to eat. Mostly by my grandmother.

In her book, Sister, Sister, Anna Blay explained how growing up, she had to leave food on her plate or her mother, a Holocaust survivor, would think she was still hungry and give her more. My grandma was similarly affected by the circumstances of her youth. But the main issue has always been my diet, completely insane to her.

When I’d thank her for a three course meal that left me needing to undo my jeans button, she’d say “but you didn’t eat very much”. If I declined dessert, she’d protest that it was low fat, or fret that I was on a diet. But if I could assure her that I’d already had three pieces of cake, she’d assure me that if I wasn’t vegetarian, I wouldn’t still be hungry. There were lamentations “I wish you’d eat fish (Thorpie eats fish)”, deceptions, and countless reminders of her days working in a health food shop, when her apparently young and vegan or vegetarian customers had looked aged and sick(!).

And then there was the moment, while my physical fitness was at its peak- on par with my peers at swimming squad- and my appetite had never been better, when she’d hugged me and gasped. “You’re so thin! You’re so pale!”

Her misplaced anxiety was expressed through ongoing pressure which led to an overreaction that developed into a long term habit, the effects of which seem impossible to measure. My habit has become an excuse to say no. Hopefully soon I’ll stop feeling like I need one.