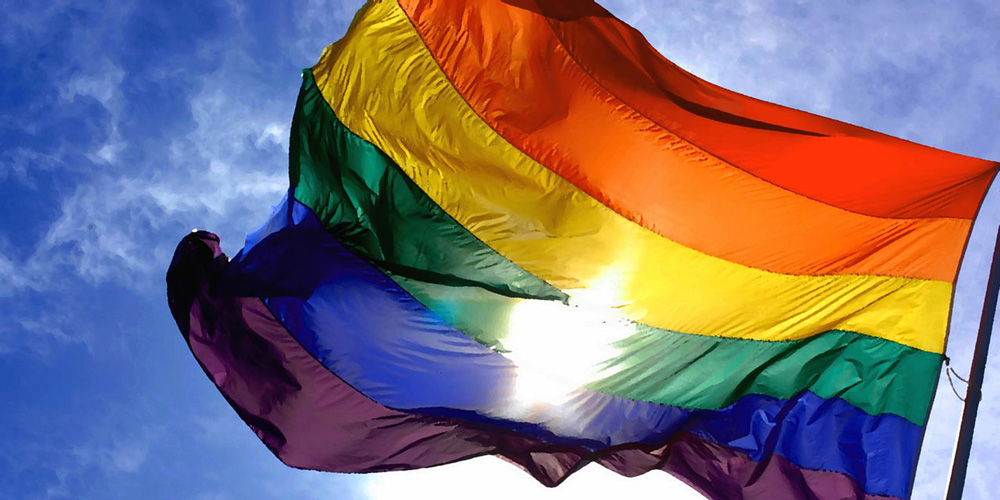 With last month’s announcement that gay marriage would now be legal across the United States, news coverage has been flooded with support of the LGBTIQ community. That’s obviously undisputedly awesome, but the prevalence of the acronym LGBTIQ stood out.

Same-sex marriage is an issue that impacts the LGBTQ community. But without thinking, we add the “I”, assuming it’s respectful. And while it seems like there isn’t anything wrong with adding a letter to make sure we’re being extra inclusive, the breezy addition often speaks to our lack of understanding about the intersex community.

Intersex is a term that covers a variety of conditions where an individual isn’t born with the reproductive or sexual anatomy we traditionally define as “female or male”. It’s a physical variation you have before birth. And although the community is united with LGBTQ people as they also struggle with history’s perception of “normal”, their specific challenges are generally very different.

A few months ago I interviewed intersex activist Morgan Carpenter; during our conversation I casually used the phrase LGBTIQ. He stopped me to point out my own quickness to lump the concerns of the intersex community so easily in with those of the lesbian, gay, bisexual, and trans ones. While he took no issue with the acronym, he told me not everyone in the community was in love with having the “I” in the LGBTIQ. He continued, “There are people who say—all they talk about is being gay? Or intersex just gets lumped in with trans all the time, and that’s not working for me.”

Generally, it’s hard to take issue with the acronym, its expansion from LGB, to LGBT, to LGBTIQ is an example for society’s growing dialog and visibility around non cis groups. But our hurry to be politically correct ironically risks muting one of those letters.

During a later conversation about the use of LGBTIQ, Morgan pointed to a Sydney Morning Herald article from May talking about the “silent epidemic” of domestic violence in gay relationships. The author’s points were powerful, but she repeatedly referred to it as an issue within the LGBTI community, despite speaking about gay and lesbian couples. Morgan didn’t suggest intersex people don’t experience abuse, the misuse of the term as a blanket phrase bothered him.

“I think in the broader community people don’t quite understand what intersex issues are, and how they’re different from trans issues,” notes Convenor of the NSW Gay and Lesbian Rights Lobby, Dr Justin Koonin. Justin works extensively across LGBTIQ issues and points out that bringing the “I” into discussions that don’t relate to the community presents a reductive analysis that issues affecting lesbians, gay men, bisexuals, trans, and intersex people are inherently the same.

He also doesn’t think the “I” should be removed, rather “there’s a justifiable concern that its inclusion via acronym.” In his experience working across government policy he’s seen adding an “I” to legislation doesn’t mean it’s inclusive. Rather warning that name-checking intersex issues introduces “the danger of feeling like you’re covering it (intersex rights issues) but you’re not.”

LGBTQ issues are often anchored in discussions around sexuality, gender, and self identity. Intersex variations stand apart in that they’re foremost a physical condition. Morgan adds that while intersex people join the LGBTQ voice in challenging what we see as “traditional norms of what it means to be a man or a woman”, the majority of intersex people identify as  heterosextual and cis-gender.

The overriding concern is that by using a broad acronym we often assume health issues are uniform for LGBTI individuals; and that they primarily focus on adults. For intersex people much of the education and conversation begins with children as diagnoses are mostly made in infancy. But LGBTIQ dialog is mostly broached in adolescence, at the earliest.

A major example of an intersex concern being under represented is the lack of information and discussion around the coerced sterilisation of infants who are born intersex. Often when an intersex child is born, gendered surgery performed to decide what sex they’ll be raised before they’re able to express their their own identity. But this isn’t something that comes to mind when people generally discuss LGBTIQ issues and some feel this is because much of the focus on the medical needs of the LGBTIQ community is concerned with their post puberty lives.

By spending less time on these issues, and feeling we’re serving the community by including them in a popular acronym, inclusive efforts are at best wasted and at worst tokenistic. For many, it’s not about being included in LGBTIQ, but finding space and visibility within the discussion.

Adding a new gender marker isn’t the factor, “It’s about how you treat people with characteristics that don’t quite meet norms in society,” concludes Morgan. Being inclusive takes more than acronyms.

If anyone knows how to make a mix, it’s the dudettes at Rice is Nice. And they’ve been putting their sizeable skills to good…