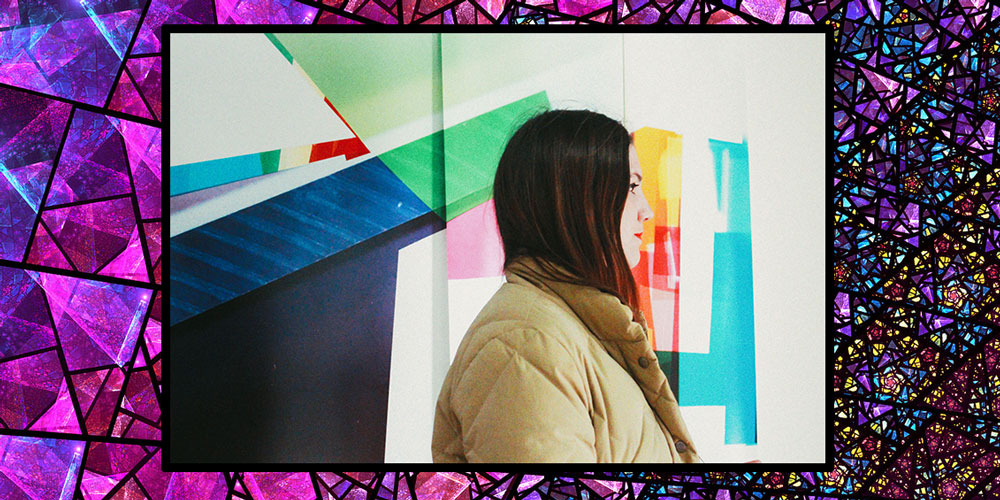 For our third Gallery Girls we’re speaking to Christina Apostolidis, gallery manager at West Space. West Space is arguably one of Melbourne’s leading public galleries for their inclusive and contemporary curatorial approach—an image emulated by Apostolidis. Coming from the Centre for Contemporary Photography in 2010 Apostolidis represents a new generation of women in public art institutions.

GGG: How do you see the art landscape at this time? Are there defining perspectives that you observe from your position?
Christina Apostolidis: West Space is an artist led organisation, which sort of lingers between an artist run space and a public gallery, so our audience and artists are very diverse and we get to see a broad overview of the art landscape.

As for trends and defining perspectives, I have noticed a resurgence of performance art and also more artists working with painting so I’ll be really excited to see where that goes over the next few years.

Are they local artists that you work with?
We work with local, interstate and international artists but the majority of artists in our program are local. We have such fantastic local artists and so it’s great to be able to show their work. We also make a strong effort to engage with a wider international community and create a dialogue between international and local artists. I think being so far away here in Australia, it is important to maintain that connection.

The Internet and online publishing are completely game-changing for the art world.
The Internet is a core part of our artistic program and our publishing. For example, West Space has a long history of publishing and about a year ago we moved this arm of the organisation completely online when we launched the West Space Journal, which is a fantastic online publication created by Rowan McNaught and Kelly Fliedner.

You also seem to have added a stronger focus to your programming and events?
We have always had a regular program of lectures and events that we run throughout the year. Recently we have partnered with other organisations such as MUMA to host their international guests like Juan A.Gaitán the Director of the Berlin Biennale and Chris Kraus.

How do you see yourself positioned as a facilitator in the art world?
I don’t really think about it too much! West Space operates as a team, which is really important because we are a small organisation. My objective is always to work with the artists who show here and to support them as much as possible to ensure their experience at West Space is positive.

More practically, my job involves working with our director to obtain funding from philanthropic and government bodies as well as to generate our own funds, so that we can keep the space alive. This has enabled us to remove artist fees this year, which has been a long-term goal for West Space, and we are now working towards being able to pay artists.

What are some of the formalities you observe in your role and the gallery space? Is it a formal environment?
I would say that West Space is a pretty informal work place! Typically I do very formal things such as volunteering rostering, bookkeeping, emailing, grant acquitting and reporting but then we can also have a week of installing where I might not be at my desk at all – not to mention many openings and events that we host!

How does your feeling towards the objects in the space, change over the course of an exhibition?
From the point when the work is installed to the last day of the exhibition, I have a very different relationship to the work, sometimes positive and sometimes negative. I think by the end of the exhibition we have had enough time to contemplate the shows in their entirety and I also feel really luck because it is a real luxury to be able to spend over four weeks with one show!

How you look the part for your job? Is there a uniform perhaps?
For me it is about looking professional and being comfortable. Like many roles in the arts, I can be expressive in the way I dress, without corporate restrictions. You may have noticed there is a lot of black in the arts so I definitely am guilty of wearing a lot of black! Most women in the arts have a real appreciation for fashion, which often goes hand in hand with art. I wear a lot of the labels Verner and Alpha 60 as work clothes because they offer comfort but with a good aesthetic. I’m aware that I can dress differently in my role to create an image, which is really nice as well.

What sort of power or presence do women have in Australia’s art world?
I believe women hold a lot of power and have a very strong presence in the art world. I have met some of the most amazing, and incredibly intelligent women since I started working in the arts. Even though it may not be in the really large institutional roles, many of the independent non-profit and commercial art spaces are run by female directors and majority of the staff are women.

Yes it certainly seems that the directorial roles, at least for public galleries, are occupied by men, but everything in between is dominated by women. There’s also a majority in male artists.
There’s a great website called CoUNTess run by artist Elvis Richardson, she looks at many of the major exhibitions and prizes and surveys the balance of male and female artists. What this shows is that many of the major prizes and exhibitions are dominated by male artists.  From an organisational perspective at West Space this broader imbalance is something we are conscious of and is actively considered by our programming committee.

Why do you think this is, is it perhaps that women avoid the risk of committing to a more volatile career as an artist?
I don’t really know because there aren’t less female artists than male artists. I guess the arts are not immune to the gender imbalances that occur in many other industries.

When we look at arts workers and directors, it seems that this imbalance mainly exists at the larger institutions. Many of the smaller public galleries have female Directors and mostly female staff, such as Gertrude Contemporary, CCP, Artspace in Sydney, and then women like Roslyn Oxley, Jan Minchin and Anna Schwartz who have dominated the commercial scene for years.

Being the CEO of the NGV would also be a much more corporate role, less curatorial or creative perhaps?
I think that is true. Being the CEO or director of a large institution would be a very different role than at smaller public galleries, where people in leadership positions can be involved in the day to day curatorial and creative decisions.

For Michelle Huynh, photography was just a hobby during high school but was then encouraged to undergo further study. She then went on to…