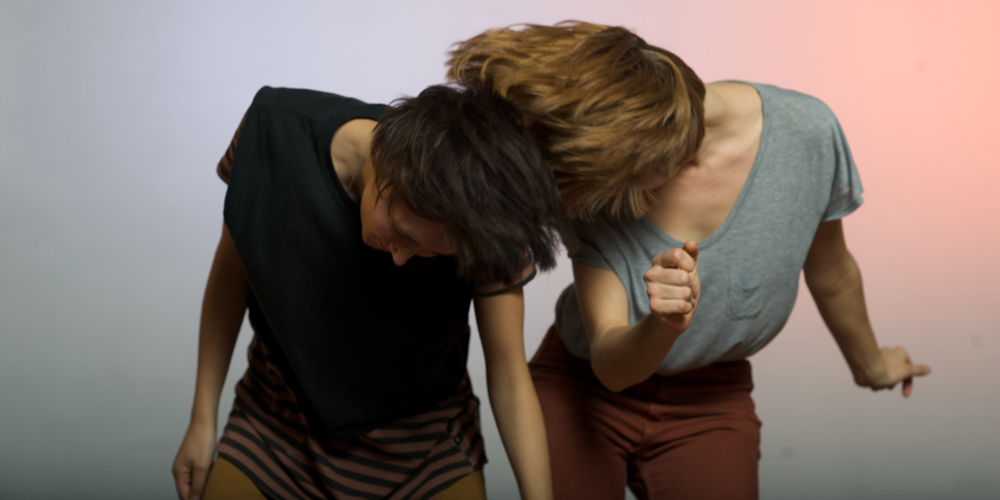 No Lights No Lycra is a unique dance movement that started in Melbourne in 2005 by renegade dance students Alice Glenn and Heidi Barrett. The basic concept is that there is no light, no lycra, no teacher, no steps to learn, just free movement. The point is to lose yourself in the music and the physicality of your body. That alone is enough to get down with but that’s only the beginning.

In its five years of existence NLNL has not only spread like wildfire across the world but the concept has transcended from more than just a sober boogie in the dark. It has become it’s own philosophy. As Laura Morgan, a NLNL dancer from Melbourne puts it, “Many of the constraints of our modern society can be transcended through dancing in this environment, gender and sexuality become irrelevant, and space is negotiated without words or power struggle.”

Good Good Girl turned the lights on Alice and Heidi to find out more about this idea of dancing alone in a hall full of strangers.

GGG: Where and how did this concept form?
Four years ago Heidi and myself opened the doors to a quaint little church hall in Fitzroy Melbourne. It was 7pm on a quiet Tuesday night in June we took off our shoes, put on an indulgent playlist of pop, folk, disco and ballads, and danced in the dark with no one watching.

This was our response to years of dance training, of standing in front of a mirror feeling self-conscious and self-critical. It was our response to hitting the dance floor on a Saturday night and rather than feeling free and uninhibited, there was an unwelcome presence of sleazy eyes and drunken bodies.

What is so important about No Lights No Lycra?
These Tuesday nights became a date with ourselves, a place to dance, free of social pressures, away from of judging eyes and critical dance teachers. To play. It was a place to let go of all our preconceived ideas about what a dancer is and should look like and rather enjoy dance just for the blissful feeling it brings.

We started No Lights because it was something we needed in our lives, but over the last four years it’s became clear there are many people around the world who also share this craving for a safe place to dance. Just four years after launching No Lights No Lycra, we have five nights running in Melbourne full with people dancing and forty NLNL communities around the world.

So it’s more than just shaking your sober self in the dark. It essentially is therapy in a way.
So many people fear the prospect of dancing in public. For these people it becomes something they will only do when they are drunk. This way, when Michael Jackson comes on and their body releases its suppressed fits of dance they have an excuse. Such a shame that an activity, which comes so naturally from such an early age, can feel so unnatural.

We believe that everyone has their own “dance” and their own way of moving and if you give them a place to play, they will discover true authentic movement stripped of dance training and the expectation of movement we tend to adopt from the media and western pop culture.

People come to No Lights because it is a safe and fun way to exercise while doing something that feels good and brings joy. Gender, age and sexuality become irrelevant and you don’t need an excuse to release your inner wriggle or shake or twist.

You keep mentioning this idea of “play.” Tell us about this.
We are born with an innate ability to play, imagine and be creative. It’s part of our DNA. Engaging with play brings a lightness and curiosity to our lives, and opens us up to being more flexible and optimistic. Play takes us into the present and enables us to create without fear of failing or looking stupid. Play is nourishment, it’s joy in a tea cup. Let’s all play more.

It’s your 5th birthday coming up. Happy Birthday! What have you learnt?
We’ve learnt that a room full of people dancing wildly in the dark to the same song brings a shared happiness. There is a connectivity that happens in these moments when everyone is dancing, clapping and singing along to an old classic or a tribal tune they’ve never heard before. You can just feel the joy in the room and it’s contagious. We’ve learnt that people were yearning for a space like NLNL. Dancing in this environment can be a medicine for stress – a meditation, a space to switch off and shake it all out. We’ve also learnt that we can no longer live without it!

Pears are just coming into season; they usually get into full swing early Autumn. Incredibly versatile, they work as well in desserts as they do…