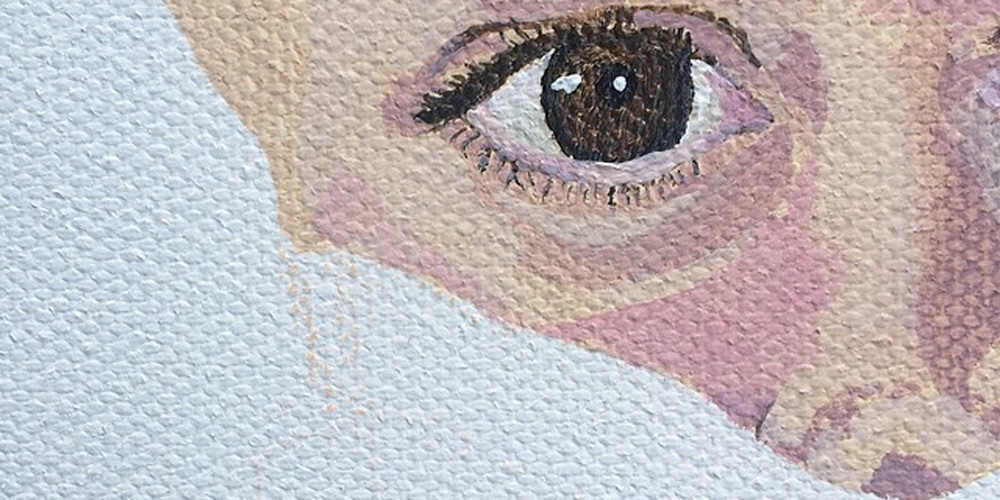 It’s like I have been holding my breath my whole life. Shoulders tensed and jaw set, just holding it all in in the hopes the anxiety and depression won’t seep out.

This is probably a strange thing for many people who know me to read, a fact I take pride in. I’m a pro at hiding my mental illnesses, but I wasn’t always. Diagnosed with OCD at the age of six, my childhood was a difficult navigation of normal tribulations my brain wouldn’t let me escape: Getting to school was such an ordeal I was often hours late. I’d spend my mornings in crippling tantrums, unable to move until I finished my routine. If it was broken all I could do was scream and cry or pull my hair out.

Then came the depression and anxiety, I couldn’t cope with daily tasks let alone the severe bullying I went through in primary school. Child psychologists helped. I had a sketchbook took with me everywhere and would draw when I felt unable to cope or that an episode was coming on. But I felt my skin constantly crawling, always in a battle within myself.

It appeared I was simply a difficult kid. A few years ago my older sister made a remark that has stuck with me, “you used to be such a bitch when I was little.” People didn’t understand, not even my own family. My mother was the only one that tried. My dad had no tolerance. Looking back I honestly feel it was his “don’t be weak” attitude that made me force myself to appear and function normally, even though every day was a burden.

The anorexia, and the control it took for me not to eat, was like a relief from my mental illnesses—a distraction and escape. It created momentary happiness and satisfaction that helped numb my constant self-loathing and doubt. I would have extreme highs and shattering lows, and it put all my relationships at odds. I was affectionate with no one and distant from everyone.

All the doctors recommended medication, my mum begged me to consider it, but all of the research I did linked anti-depressants, especially those tailored to obsessive-compulsive people, with side effects that caused weight gain. That was something I couldn’t allow. Mental breakdowns I could deal with, but getting fat I could not fathom.

It wasn’t until I moved away from home to attend uni that I truly lost control. There was no one to monitor me, to fight and scream at me to get out of bed and get to school. I lost days, then weeks simply sleeping and unable to move from my bed or apartment. Everything was hard, everything was a trigger, and the hole of self-loathing had burrowed itself so deep suicidal thoughts of escape become my salvation.

Psychology again was a useful tool but once I left that room and was mid episode trying to remember my strategies to combat the cycle was almost impossible. I began to detach myself from the people and tasks of the outside world, and my unhappiness had become so crippling I had no choice but to turn to medication.

It was the first time I felt my shoulders relax I was actually breathing naturally, it wasn’t a toll.

The horrible episodes of depression and anxiety lessened, as did the eating disorder, low-lows and general shroud of sadness. But it never truly left. Everyday is still a struggle, and more often than not looking in the mirror causes waves of self criticism and hatred. Ruminating thoughts and fruitless worrying still burden my resolve, and the ever-building frustration lingers, threatening at any point to make me hit myself or cut in hopelessness.

And yet, somehow I function. I work, I live, I socialise. I carry on. I never allow myself to feel anything, I let the medication numb it and my unwavering resolution to not let others judge me, think less of me or pity me drives me to just get through it.

I got good at making due, so much so that now the thought of allowing myself to slow down, or rectifying with myself that a bad day isn’t a weakness, seems too far gone. Calling in sick for work or pulling out of a commitment seems slack, because everyone hasn’t known the real me, that is a constant battle to hold it together.

I’m a bad example of championing mental illness. I hide it and change myself so that others don’t notice. I don’t expect understanding and I still view myself as weak.

I’ve let a few people in, enough that I can maintain relationships with core friends and family so they aren’t pushed away without knowing why. But I think deep down I still know, perhaps it’s because of how I feel, or how my dad made me feel, that I’m a liability.

Mental illness doesn’t go away, you can never be cured. I don’t want future employers or partners thinking my instability is an unknown factor that could at any moment cause problems.

I have risen through ranks at work and created lasting relationships. Yes I have done it the hard way, and perhaps sharing may have lifted some burden, but I know how people have treated me when they seen my mental illness and how they treat me now that I handle and hide it. But as they say, better the devil you know than the devil you don’t.

Hey GGG Gang, recently we posted a picture to our Instagram account that equated female gender with physicality. In this case it was referring…