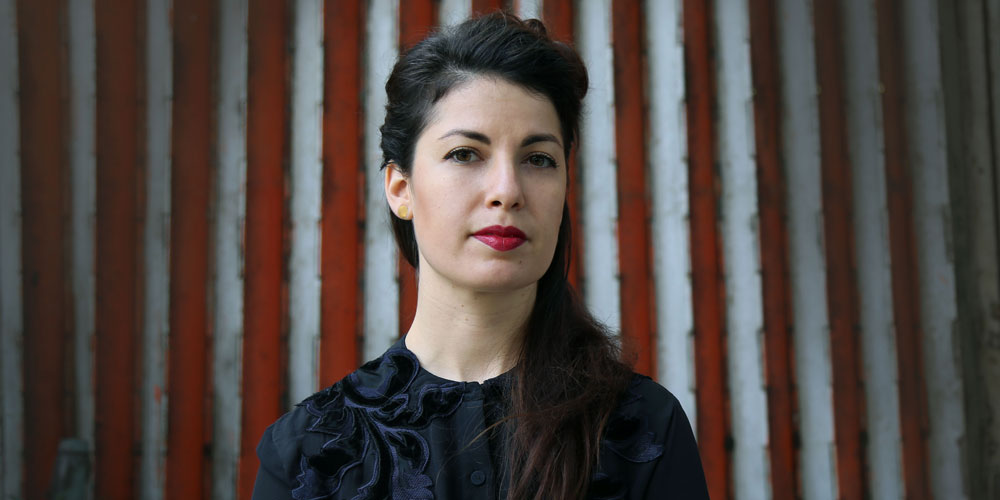 Oriana Reich is my version of a career (and life) star. She grew up surrounded by style in New York City and went to university in London, where she also worked for i-D Magazine while it was still in its early stages. Now, Oriana works as a brand consultant and designer in Hong Kong, but also frequently visits LA to aid Ritz Yagi with the Wallpaper recommended store Chariots on Fire. Oriana stayed with my family for a week on Great Barrier Island and in the short time she inspired me with her worldly outlook, knowledge of style and fascinating life stories.

GGG: You have two successful businesses: one based in Hong Kong, the other in Los Angeles. Can you tell me about them?
Oriana Reich: Chariots on Fire was born one night in San Francisco around 2005. It has been the creative ‘baby’ of Ritz Yagi and myself and taken different guises over the years. Its most recent one is a shop in the westside of Los Angeles, in Venice. The business is owned by Ritz, but we work very closely on all aspects of the shop : from the overall strategy, our buys, and display—down to what colour our tissue paper should be. It’s tempting to say that it is a curated space, but that word is so overused. We like to change things, and think about different themes and collaborations that will be exciting to people at different times of the year.

Our shop works more like a live magazine where we are both editors. Chariots on Fire is ultimately a space that tells a story of travel, design, history, and craftsmanship presented through objects. From the beginning, Chariots was always more then a shop, it is a place where we can connect people with artists and makers.

The Joinery is my branding and design consultancy in Hong Kong, where I have lived for almost 11 years. I work with various types of clients—from fashion to pharmaceuticals—on both brand strategy and communications design. Over the past few years, I have been working on the revival of an old French lingerie brand from the 1930′s called Scandale. This business is about problem solving and forming relationships with clients. Knowing how to listen, understand, distill a particular vision and be able to creatively communicate it to a wider audience. Often it’s more about the process then the final result. Process takes you to new places.

What influence did growing up in New York and a mother involved in textile design have on your personal style?
Growing up in New York meant growing up very quickly! I grew up in Tribeca in the 1980s and 90s; an interesting moment when there were still galleries and studios in SoHo and an eccentric community of artists and creative personalities living around us. There was a vivacious spirit in the city at that time—for New Yorkers anything goes, the more you can define a individual style for yourself, the better. New York is a city of confidence and often the way one can express that is through their personal style. So dressing definitely became a form of expression. Much after school time was spent in the ‘Garment District at my mother’s various offices over the years which meant I was often surrounded by creativity, color and fashion. I had a lot of contact with young designers that worked for my mother, they had a pretty adventurous sense of style and were a huge inspiration, I learned how to shop in thrift shops and flea markets through them. My mother also adores colour – she taught me how to combine and wear it with confidence.

One of her jobs was to research the latest trends in fabrics, colours and textile through shopping trips to cities in Europe and Asia where she would acquire samples and take photographs of retail shop windows. This was before the Internet and trend reports or books, so I had a lot of exposure, which made me quite fearless when it came to experimenting with my own personal style.

How were you involved with i-D Magazine?
I first came to i-D during college, with my Saint Martins mates Ritz Yagi and Shay Lam, who were given the opportunity to work on a special project with i-D. At the time, we were sort of working as a team on creative projects and together we helped with the first i-D publication for Taschen, Smile i-D 20 Years of Fashion and Style. I remember one of the first things we did was organize an archive of i-D magazines from the very first issue to the last. That was quite a feat and what a treat to see how it was born.

After this book was published, I stayed on and assisted in the Art Department, helping with layout, preparing and organizing content that was going in the monthly issues. During this period I was lucky to be working with a wonderful creative director Laura Genninger, who was consulting creative director for the magazine so between her and Terry Jones, it was a pretty special learning environment and i-D always felt more of a family then an office.

How has living in Hong Kong changed you?
Living in Hong Kong enabled my entrepreneurial spirit, it’s a “can-do” place, and different from other places I have lived in that sense. Living as an expatriate here allowed me to explore Asia and entirely shift my cultural perspective—living and working both with and against a framework that is very different to what I was familiar with. The pace is extremely fast here. People always say that since I am from New York I should feel at home, but I never understood that because Hong kong is so much more intense when it comes the pace of life and work. In fact there is very little time for life outside of work.