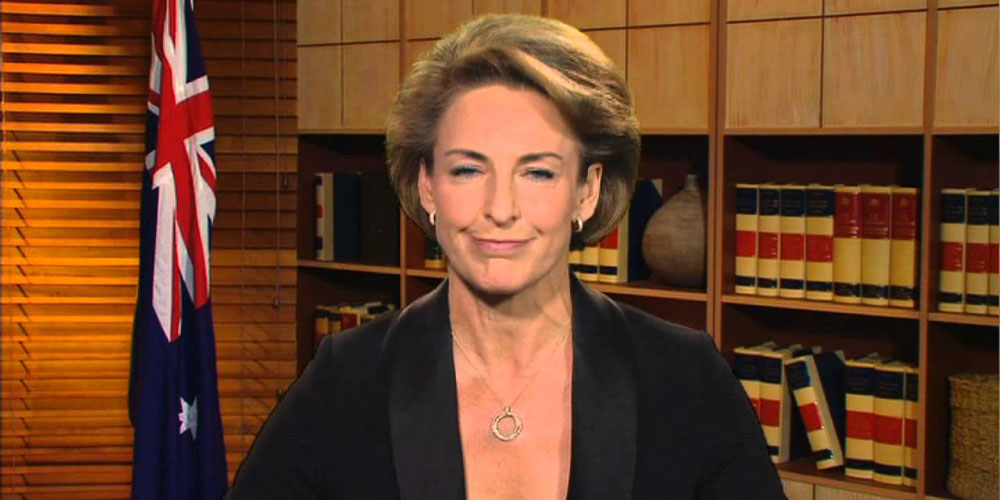 When Tony Abbott became Prime Minister females everywhere shuddered. His grimy past and “boys club” attitude had us worried from the outset, and it was only fuelled by his male heavy cabinet. But there was a tiny, minuscule glimmer that he was trying to be less of an asshole, or at least a few token gestures: the paid parental leave scheme, his infamous feminist declaration, and finally making himself Minister for Women with Senator Michaelia Cash assisting.

But we’re not talking about Abbott today, we’re talking about Senator Cash, and her statement in March that: “In terms of feminism, I’ve never been someone who really associates with that movement. That movement was a set of ideologies from many, many decades ago now.” Cash is one of many powerful women who are uncomfortable with the term feminist. What was once worn as a badge of honor is now increasingly seen as a smudge on a respected woman’s reputation. Why would someone as powerful and accomplished as Cash—again, the assisting Minister for Women—be so put off by declaring herself a supporter of other women?

Because feminism is unfashionable. Because women think that to mark yourself as one you’re saying: I hate men, I hate equality, I’m going to fuck you and eat your body like a praying mantis, or worse—I’m not going to fuck you at all.

Cash like many women seem misinformed that feminism isn’t an issue any more. She has stated, “that was an ideology from many, many decades ago”. As if because we have the Pill and the ability to vote we should all shrug and say, close enough.

I’d love feminism to not be an issue, I’d love to declare I’m not a feminist, I’d love feminism to not exist. But I want it to cease in a world where it’s not needed anymore, when equality is final. When rape is no longer uses as a weapon, cunt stops being the ultimate offence, and women’s wages match men’s dollar for dollar I’ll resign as a feminist. But until then, I’d suggest Senator Cash reconsiders her position.