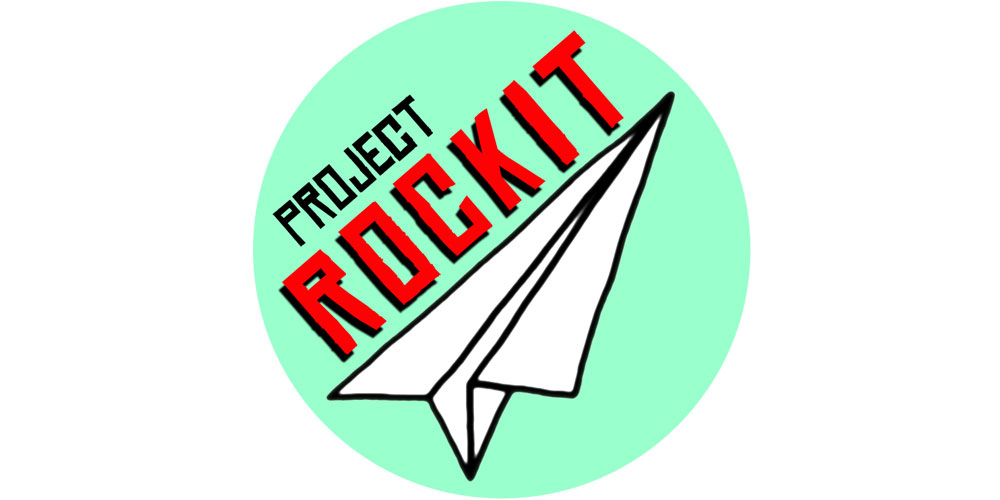 International Women’s Day just rolled past, it got me feeling rather sentimental about some of the strong women I know who are doing great things, so being the female fan I am, I thought I’d share.

I met Lucy Thomas in an Australian crammed loft in Brooklyn, NY—she was all smiles and with a big heart to match. Considering this it was no surprise to later learn that Lucy and her sister Rosie were taking on Melbourne schools and teaching youths about bullying under the moniker PROJECT ROCKIT. With their unique personal approach and a massive gap for this kind of educating P-ROCK quickly gained cred in Australian schools big and small.

We all know someone that has dealt with bullying or have experienced bullying ourselves, so I caught up with Lucy to find out just why the PROJECT ROCKIT  program is necessary.

GGG: Firstly, Can I just say, we are so thrilled that you guys have gotten something so important off the ground.
Lucy: Thank you so much you lovely lady!

For those who don’t know, what is PROJECT ROCKIT ?
PROJECT ROCKIT, or P-ROCK, is an Australian youth driven movement against (cyber)bullying, hate, and prejudice. We empower young people to stand up and lead change on these issues by running interactive, credible and strengths based programs with school students.

You won an award late last year, right?
Well we had been invited to present a keynote at the Family Online Safety Institute (FOSI) Annual Conference in Washington DC. For us, this was a really amazing opportunity to bring our experiences in working with young people to the global academic and corporate cybersafety discourse, which often excludes young people’s perspectives. So basically even being there was a real honour for us.  Then we learned that we were to be presented with the FOSI Award for Outstanding Achievement in Cybersafety and had been nominated by the Director of Online Safety at Microsoft worldwide. We both feel really humbled by this award.  It’s also awesome to see that major corporates recognising that youth based initiatives are the way to go in terms of achieving genuine cultural change around cyberbullying.

At what point did you guys say, this is something we need to do?
Back in 2006, Ro and I went up to Noosa for a family wedding (we’re sisters).  We were spending hours and hours on beaches and park benches talking about the direction our lives were taking, our values, our big dreams. Sparks flew when we hit on our desire to create positive change in the lives of young people.  We both wanted to build spaces where people have access to creative expression, regardless of their popularity, social label, cultural background or sexuality. Plus we were really fed up with seeing the most negative depictions of young people in popular news media when we both believe that young people do care about bullying. I guess when we realised that we had each other and our beliefs were shared, we knew it had to happen.

Do you feel that bullying is an issue that needs more attention in schools and online?
Always. The issue of bullying gets a lot of attention, but not necessarily the right kind of attention. In our experience, it isn’t helpful to try to terrify people with the punitive consequences of bullying, or marginalise people by labeling them as “bullies” and “victims.”  I think it’s more important to treat bullying as a behaviour rather than a label, to help people understand why it happens and how they can stand up to bullying in their lives.  After all, those who develop the skills and confidence to stand up for what they believe in school are more likely to stand up to broader injustice as adults.  It has a huge ripple effect.

Walk us through a typical rock-it workshop?
Well, when I tell people that we run anti-bullying programs, they tend to have pretty negative expectations of overly cheesy drama performances or judgmental speeches.  Actually, we had those kinds of experiences in schools and decided not to recreate them!  PROJECT ROCKIT is different, because we don’t lecture, judge or preach.  P-ROCK is not a one-off entertainment act.  Instead, we use a “show not tell” approach. The workshops involve a combination of drama, discussion, true stories, and interactive role-plays to explore the real risks in standing up to bullying and together developing a set of credible strategies that students will actually use.

We only hope you grow this project bigger and greater. What’s next for you guys?
That’s a good question. In the past couple of years we have developed and launched an online translation of the program called “P-ROCK Online,” which is available from anywhere with an internet connection.  For us, this is a really exciting development (it’s an Australian first!), because it means we can reach the people who need this stuff most, regardless of geographic barriers. Ultimately, we really want to reach more and more students and build a movement of young people who share the PROJECT ROCKIT vision.