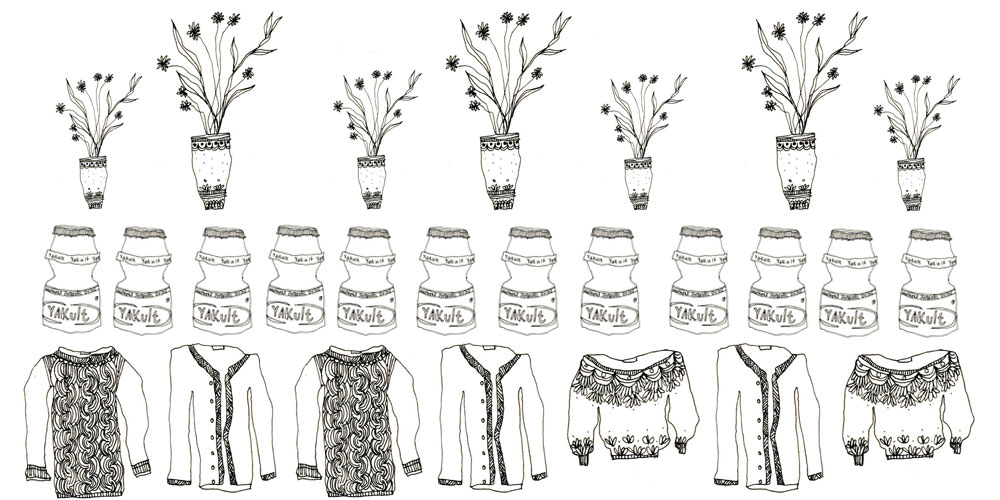 I used to wear “granny knits” to be ironic—now I just wear them.

I recently got married. Somebody has chosen to spend the rest of their life with a gal nurturing a Yakult dependency and a history of masculine haircuts. We have traded in nightly pub-crawls for getting under the covers with an episode of Jonathan Creek. I’m also getting pretty good at the casual conversation segway, “funny you should mention Haddock, my husband is a Pisces” or, “did I tell you my husband also likes to watch television?”

In the same month that I set anchor, an old friend of mine became a mother for the first time. Here we are sending our congratulatory snap chats back and forth (a means to cling on to our youthful spontaneity) whilst scratching our heads as to what exactly happened between benders and bake-offs. When do we officially grow up?

It was only a few years back we were stoned in my room, burning the eyes out of ex-boyfriend photos, sobbing the words to Jeff Buckley’s Last Goodbye. Now, Instead of scouting a “deal” for the weekend’s festivities we are scouting a deal on nappies in Woolies. The time I used to spend trawling the Internet for club shots from the previous night is now delegated to gushing over baby pictures and floral arrangements. I used to wear “granny knits” to be ironic—now I just wear them.

If you had handed me a crystal ball five years back and shown me this image of what I thought I hated so much, I would have rofld. Although to be honest, the rolling around would probably be me trying for a nip-slip.

But even as I consider my pre-wedding selves skepticism, I just can’t seem to fault the feeling of entering that mysterious “next stage”. I kind of like that “I have a lot of work” is a legitimate excuse for a night in. And a beer with him beats several beers with him and him and him.

Of course I’m not saying we should all go out and find our local scrap-booking club immediately; or worse, be the type of people who refer going to the pub as “raging”.

That big scary grey monster we know as old age isn’t looming over our heads just yet, far from in fact. So, until you’re cutting coupons for Tena Lady, or reading this asking just, “What is so wrong with scrap booking?” you can rest easy. And probably a lot longer than you did when you were 18.