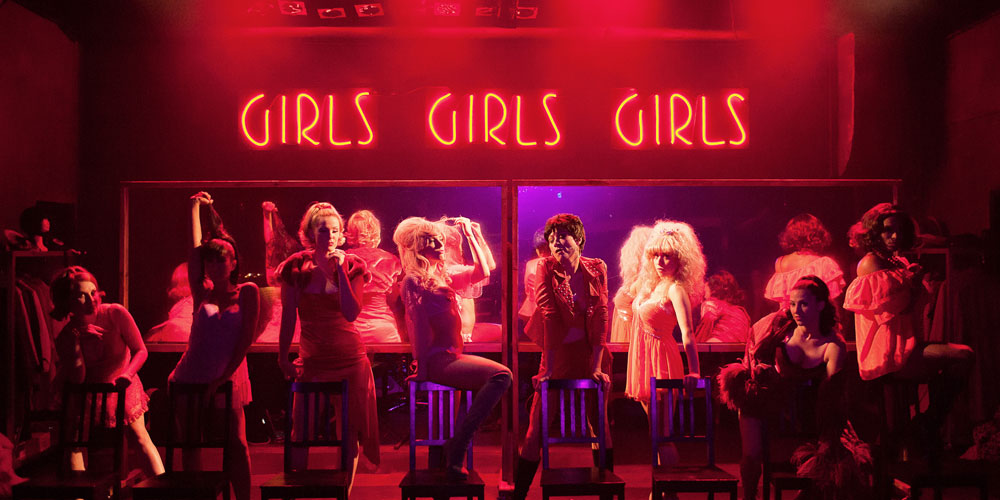 I made my first foray into Sydney’s brothels over three years ago. Each brothel had its own individual character depending on the workers, the receptionists, the management and the décor, although there wasn’t much difference in the clientele, as far as demographics are concerned.

When clients rang the doorbell they’d greeted by a smiling receptionist who lead him to an allocated room. As she seated the client the receptionist would tell him what to expect, The girls will come and introduce themselves one by one. Please remember their names and feel free to ask them any questions, then leave him to peruse the price list. Afterwards she would come back, consult with the client, and go retrieve the working lady of his choosing.

The worker would collect the client and bring him to the staircase where the receptionist would give her a room number. Upon entering the room, she would lead the client to a special lamp and instruct him to drop his pants so she could give him a health check. Things were clear 95 per cent of the time, she’d ask him how long he wanted to stay, take the money from him, and put him in the shower.

Then she would go to the cashier’s office at the end of the corridor and log the type of service and the room number — one hour plus kissing in 5. The cashier would record this and the worker would take her “condom bag” from the cupboard and go back to the room where the client would have by then finished his shower. Every room had an intercom where the cashier would ring a buzzer five minutes before the booking was due to finish. The worker and client would shower, get changed then be ready to leave the room by the time the second buzzer was rung. She would lead him down the back staircase where the receptionist would meet them to see the client out.

With respect to receptionists and management, I have to say the Shoe in Sydney ranks as the worst for me. But it has the best reputation in the state so the most clientele. I worked there on and off for two years. I suspect that management engineered rules to make sure working girls had a shorter shelf life, a constant influx of new workers is attractive to clients.

Some receptionists were lovely and there for us, but the business was run with a “customer is always right” mentality. This is fine when you’re selling cleaning products, but when you are dealing in an industry that essentially sells personalities it is a whole different scenario.

The bookings I walked out of that stick in my memory include the guy who was so drunk he could barely stand and told me to “Shut tha fook oop” 10 times in 20 minutes, and the guy who shoved his dick up my anus on one of my first ever shifts. As a brothel worker I did not allow clients to finger me, be too rough, or indulge in certain extras without paying first. Most of us would just warn him the first time a client crossed boundaries, the second time we’d walk out.

At the Shoe there was pressure to put up with clients’ shit, no matter how badly we were being treated. The receptionists recorded everything in a diary and sacked girls who had had too many run-ins with clients.

Some of the workers weren’t particularly nice either. There were many older women who had been there for years who took an instant dislike to me and there was a competitive atmosphere because of the bar setting. I suppose because we didn’t have our own room to hang out in while waiting for clients we couldn’t really relax.

Considering this I decided to go to Perth, where the mining boom has given the average tradesman a six figure salary. Again the scene was very different but the receptionists were lovely and supportive so that was good enough for me. It was smaller with less girls so it was a bit cliquey with even the owners engaging in workplace gossip. The main thing that shocked me was the wide use of methamphetamine amongst the workers and clients. Western Australian state brothel laws prohibit the consumption of alcohol on premises. What shocked me was how open they were about their drug use.

Clients would come in and say, “Sorry I might not get hard, I blazed pretty hard just before I got here”. Blazing referred to smoking a meth pipe. The girls used it too, often I’d strike up conversation with someone only to be constantly interrupted and forced to listen to them ramble on and on. On Saturday nights we would watch the resident heroin addict go on the nod and spill tea all over herself. It was a relief really because as long as she was unconscious we wouldn’t have to protect our stuff. She was a kleptomaniac.

Because of the alcohol restrictions and the unavailability of cocaine in WA it was actually a lot easier to work there. At the Shoe on a Saturday night there’d be a 50/50 chance we’d have to spend hours getting lockjaw sucking on sheathed and flaccid dicks. In Perth, besides the people on meth, the worst they could do was drink too much making them rock hard and unable to ejaculate which is still better than flaccid dick.

Bearing this in mind, I decided to move to Perth and go private. With its more affordable housing and wealthy laid-back population I decided to take the plunge. Looking back, I don’t think I could go back to brothel work. Then again, as they say in this industry, never say never.

Now I get to choose my clients, work when I want, and earn over twice as much as I did in brothels where management garnished 30 to 50 percent of earnings. But I do miss the camaraderie. The gender stereotype that all women are bitchy doesn’t apply to brothels. Any worker who did subscribe to this stereotype quickly became a pariah. I’ve never experienced an environment more supportive and non-judgmental than a brothel. Our backgrounds, income, and identity didn’t matter. There we were all equal.