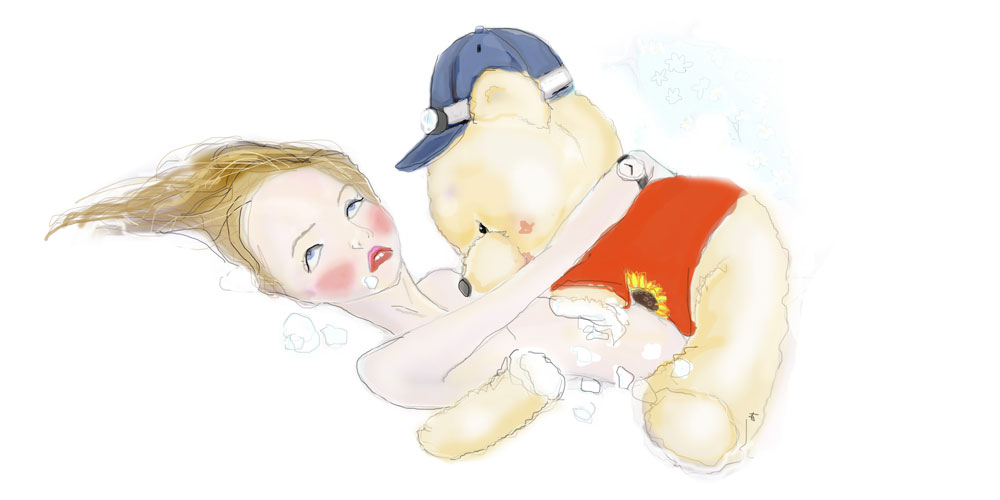 I’m a realist. I can’t help it. In fact I treasure it. I’m proud of the way I look at a beautiful sunset and note the relation between its colors and the levels of pollution in the air. I like that sweet days swimming in October are the results of our warming planet not good fortune or a wink from mother nature. Some call me pessimistic, but I’m not. I don’t allow myself to feel sad when I reflect on the majesty of our strange and changing world, but rather informed and in control of my surroundings.

And it’s with this sense of reality and a fully formed view of the world that I champion the trend of RSF, or Realistic Sexual Fantasies. Don’t listen to people who tell you that a few minutes daydreaming is good for you, that it exercises your mind or lets you explore new things in a safe environment—those guys are chumps. Really all it’s doing is setting you up for a lifetime of sexual disappointments. Trust me I know. For every moment you imagine James Franco running his long ink stained fingers through your hair, is only going to make it harder when your date wipes his chicken greased fingers on your jacket.

Here are a few pointers to get you going:

Here is a nice one to start on. Celebrity siblings are one of the most wasted natural resources. Have you ever actually Googled any of these people? It’s awesome, it’s like the discount warehouse version of babes. Cameron Diaz’s sister looks just like her but with a couple of kids and a normal face. You just know that stressed mother would love a little attention. It’s even better when they are almost as hot but just chronically over shadowed; returning back to the cult of Franco, do you know he has a brother? And he’s a babe! And younger! The best thing about eclipsed younger siblings is they also usually have a massive chip on their shoulder. And I don’t need to tell you what a insecure younger sibling, eager to please can do for you imaginary sex life.

I actually knew a girl who in a moment of poorly placed revelation told me that she really enjoyed the idea of mind control. Trying to make her feel less uncomfortable about her urges I likened it to the pretty common restraint and bondage fantasy. But she didn’t go for that, and was pretty set that it had to be all mind based. Credit where credit is due, it did kind of get to thinking; if you do still want to indulge in your Casey Affleck whims why not make it a pseudo mental and sexual assault situation. You can still have him say and do all the things you want but never go as far as to get your hopes up. And hey, if one day you did come face to face with the guy, you would probably be more focused on the fact that you can’t control his fine motor skills rather than how in a million years he wouldn’t plow you. So at least it would take your mind off the reality of things.

An interesting one. Again if you insist on still retaining the presence of your chosen celebrity why not shift the focus from the best day of your life to the worst day of theirs. Let’s face it, if you were stuck in an elevator for 18-hours with an extremely panicked and claustrophobic Ryan Gosling there is a good chance you could maneuver him into some form of vulnerable copulation. Or how about being stuck on a lifeboat for several days, minutes after giving up hope of being rescued? Chances are Idris Elba wouldn’t be so picky then!

And finally my favorite, the underdog. Go for the one that probably doesn’t have every model/actress in town beating down their door. After you spend a good year drumming up an attraction to someone, you can rest comfortably in the knowledge that if the stars were to align just right. You may have a go. My personal choice is Conan O’brien. Sure it wasn’t easy at first. With all that flailing around it was hard to get a clear mental picture to use. But now there isn’t anything that gets to me more than a high wall of orange hair and an increasingly loud and frantic voice as the evening goes on. Sigh, one day Conan, one day. You may just wrap your long arms around me. Possibly several times looking at the freakish length of them.

Well there you go, something to get you started. Now lock your door, run a bath,  tell your roommates you’re studying and get back to reality!