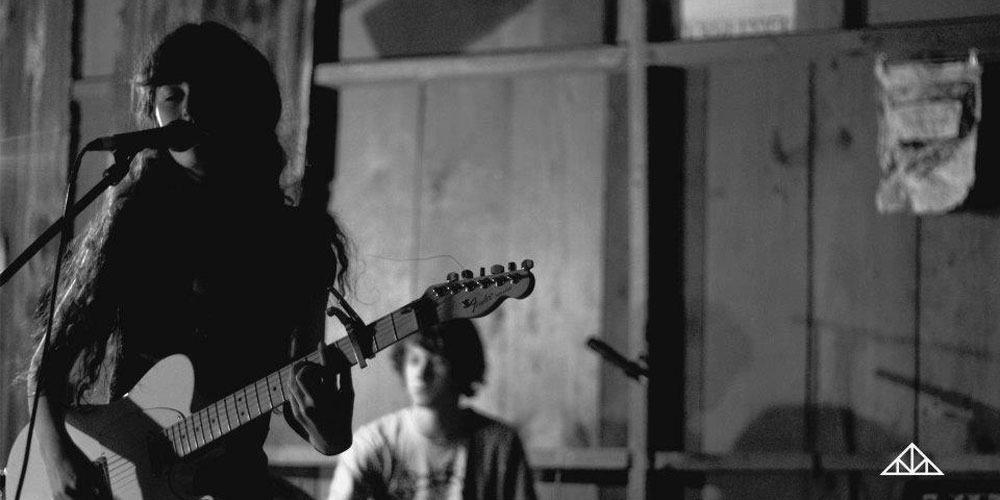 The music scene, particularly its more alternative elements, often claims to be a progressive force that tramples sex and gender underfoot. Despite this, female musicians still struggle with discrimination on a daily basis. I asked Dunedin musician Millie Lovelock of Astro Children and Trick Mammoth about her experiences with sexism.

GGG: When were you first aware of sexism in music?
Millie: When I first started playing music in high school, males (who were usually younger than me) would always ask me if I needed help plugging in my guitar but would never say the same thing to other guys. But I didn’t play music very often at school—it was mostly at university when it started to become more apparent to me that being a girl and playing music was weird. No one who I have worked with personally has been sexist towards me, it’s usually people who I don’t know at all—people who see us play then come talk to me afterwards.

Isaac (the other half of Astro Children) and I were playing a house party for someone’s birthday. It was a pretty basic setup, we didn’t have a microphone or anything, we’d been improvising for a while, just jamming and people were enjoying it I assume. They were watching us and then this guy just yelled out, “Show us your pink bits.” The whole room booed him and I yelled at him to stop being a misogynist piece of shit so I think he left after that. That was shocking because we’d been playing and people had been enjoying watching us and being respectable and this guy thought it was okay to yell that. He would have never yelled that at any other person playing. He thought, “Oh because you’re a girl and people are enjoying the music I better say something obnoxious now.”

How did you break that mold?
Astro Children didn’t use to sound like we sound now, then our bass player left. Then we played one gig,  it was a pint night or something, I borrowed all of my friend’s pedals as a kind of experiment and a friend heard us and asked us to play a few other things. It was just a fluke. We were really, really loud that one time then we had to sustain that but I really enjoy it.

Is there an element of feminist activism in your music?
I’m not sure. I’m definitely trying to be feminine but I’m also trying to be kind of terrifying, which is something I do to prove myself. I think “Okay, I’m small and I am female but I’m fierce so don’t mess with me.” I once had someone come up to me in Christchurch and tell me that I was the scariest thing he’d ever seen when I performed. In a male dominated music scene I am definitely advocating the idea that I can be just as tough as you are, just as loud and aggressive and I don’t have to be a folk singer.

Are males ever weird around you after they see you perform?
Sometimes. One time I had a guy tell me that I was wasting Isaac’s talent by being in a band with him because I had a nice singing voice and so I should go off and sing nice songs and Isaac should be in a rock band. He thought he was being helpful I think, he genuinely believed he had good advice to give me.

Do you think he saw what you were doing as a challenge to what he was used to?
Potentially. It was in Oamaru so he may not have experienced anything like our band’s music before.

Yeah there’s definitely a conservative understanding of music, especially in smaller towns where some people still hold onto the traditional idea of what a rock band is. How do you mitigate the compromising of your morals at the same time as pursuing success?
I know that being on independent labels you have almost complete control of everything you do so if I was going to do music for the rest of my life I’d probably try to stay on independent labels. Having a manager seems like a dangerous root to go down, but I’m not sure exactly. I’d rather just be completely in control of what we produce and how we sell it. But the way music is sold is incredibly male-dominated and there’s no strong feminine culture in music as a whole, especially in New Zealand. There’s very much like an all boys club going on.

And that mentality gets passed on.
It’s inherent in the small things. l notice it for example when I get introduced to someone. It’s not so much with Astro Children because there’s only two of us but when I’m with Trick Mammoth and we get introduced to usually an older male he’ll shake the male band members’ hands but then he won’t want to shake my hand or he won’t even think of doing it. They don’t register that it’s weird not to shake my hand and have a strange look when I put out my hand. They’re not doing it on purpose, it’s just ingrained in their minds that either I’m not in the band or  I’m someone’s girlfriend or you just don’t shake a girl’s hand or whatever.

Do you see anything or any person turning around these sexist issues?
As a teenage girl I was under the impression that I couldn’t be a successful musician because I wasn’t a guy. I think if Grimes or Lorde had been around when I was 15 or 16-years-old then that would have helped me. It also would have helped a lot of people who I was friends with as well. The more female role models there are the better it will get because young women will start to envision a market for them. Grimes doesn’t have an exclusively female fan base and she takes herself seriously and she takes what she does seriously, she’s prepared to tell people not to treat her differently. The longer that kind of message is ingrained into people’s heads the more likely males will come to question sexism in the industry.

As a musician you always want to be about your music, but if you continue your career as a musician you’re always going to be asked about what it’s like to be a female musician. Do you think the gender debate will ever broaden in the mainstream for male musicians to be asked that?
No matter who is talking about you if you’re a female they’ll always say this person who is a girl is making this music. It has to be emphasised, “Oh by the way, this person has a vagina.”

I think what’s also so dangerous about sexism is that women have had it ingrained in them just as much as men have. This makes it that much harder to get out of that situation. If you’re a woman and you can’t take yourself seriously because you can’t take women seriously then it’s a never ending cycle of oppression.