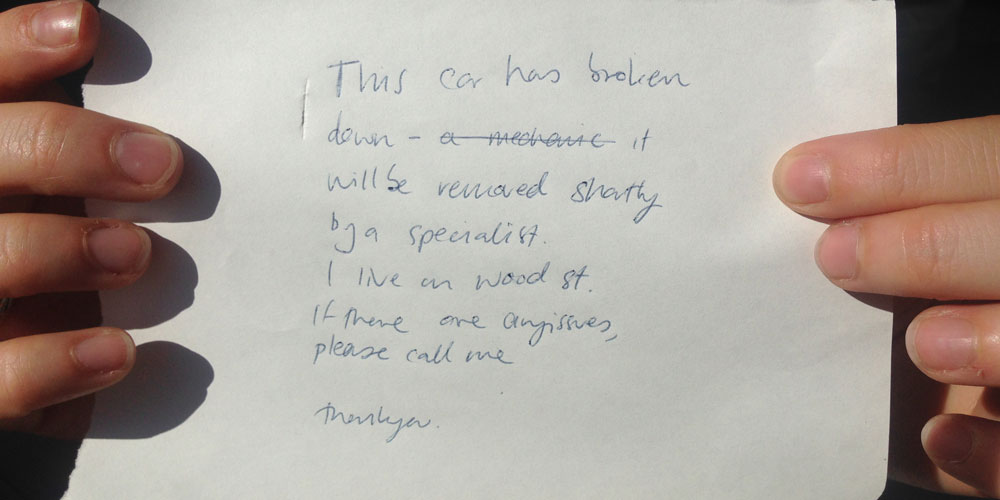 For our latest instalment of Shit You Should Know we turned to Magic Johnston’ own Sarah Booth. One of our favourite pocket rockets and an all around great human.

Before Murphy, there was Finagle. Even less charming than the Law of Murphy, Finagle’s Law predicted “anything that can go wrong, will go wrong – at the worst possible time”. This is the same law unto which the ancient car battery oft does adhere as we found out last weekend, while needing to pee in the near torrential rain, when our car battery checked out and slipped into an automotive coma.

Fear not though good gals, the process of jumping a car is a cinch once you’re able to clamp onto a few basic principles, starting with: 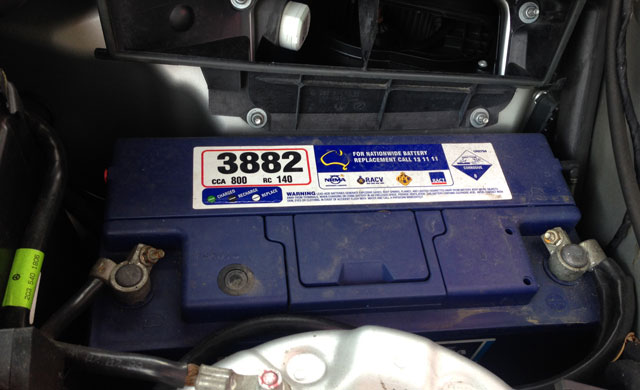 * RED is POSITIVE. Obviously. For as long as pizza sauce has existed on pizza bases red has been a signal for all things plus. 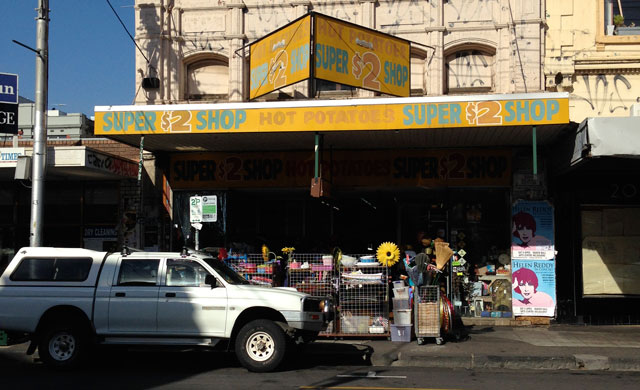 Now note: No matter if your ride is new or old, jump leads are a good thing to always have in the boot. Cheap ones aren’t ideal but your local $2 shop should have them for around $13.50 and they’ll do for now.

So you’ve come back to your car and the damn thing, for whatever reason, won’t turn over. Bringing you to the most daunting part of the exercise – if you’re flat you’ll have to find a car that isn’t. A simple ‘excuse me’ will often conjure this essential component into existence. 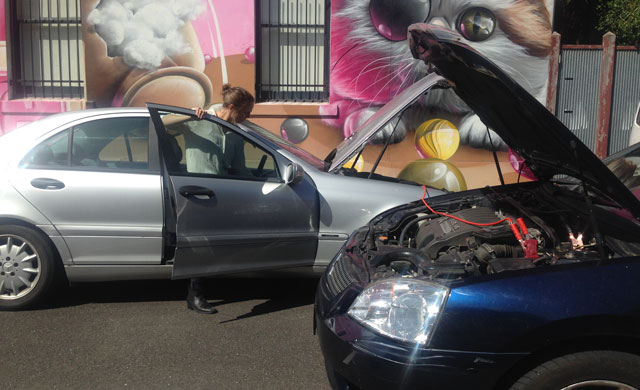 1.     Drive the good car, lets call it “DESTINY”, to the nose of your dead car, “TINA”. Don’t let the two cars touch but close enough that they could smell each others bad car breath. 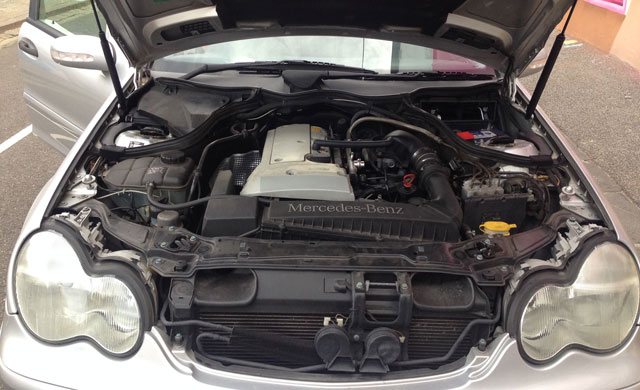 2.     Boost up the hood and make sure it’s secure. Don’t take this step for granted, you need your hands. 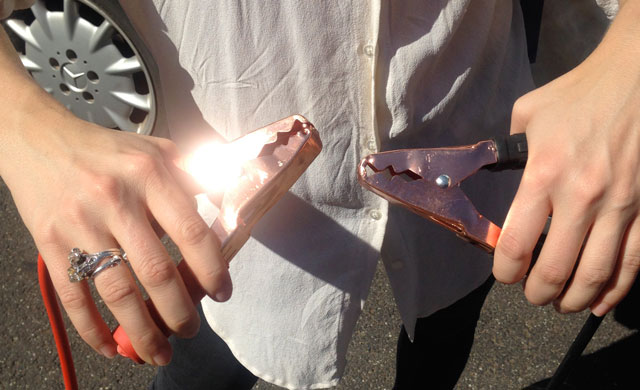 3.     Turn off both cars and take out your jump leads. Untangle the red from the black and pull them apart.

4.     Do not let the metal clamps touch again, they are soon to be working for different causes 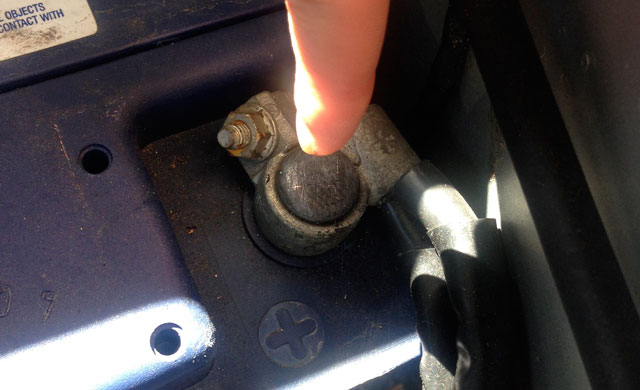 5.     Starting with RED, firstly identify the + (positive) sign on the dead battery. The bolt above, next to or below the sign is where you will attach the first RED clamp. Jiggle it around so the clamp teeth grab on. 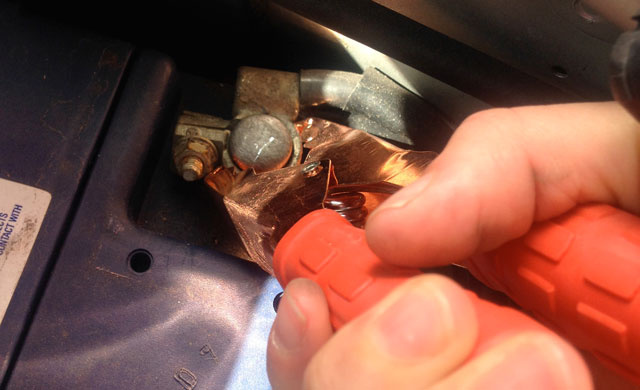 6.     Next take the second RED clamp and attach it to the + (positive) bolt on the good battery. 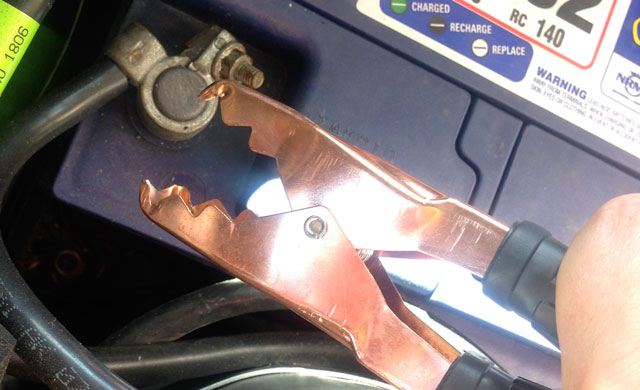 7.     Take the BLACK – (negative) lead and attach it to the negative bolt on the good battery.

8.     Now, you are about to create an electrical circuit. This is where you should take the most care. Ideally you want to attach the second – (negative) BLACK clamp to a bolt on or around the engine. You can attach it to the – (negative) bolt on the dead battery but do it carefully.

9.     Good to go! We’re ready to bring this baby back from Graceland. Start Destiny and rev ever so gently. After about 30 seconds you can start Tina and watch her jump to life.

10. Keep the Tina car running and you can turn off Destiny now. 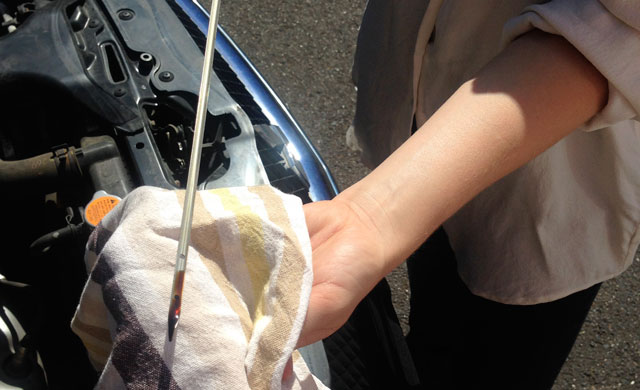 12. While you’re there you can check the oil too. If you don’t know where it is look for an obvious finger pull or hook. Pull it out and wipe the end of the dipping stick. Re-dunk and see how far up the oil runs. If low, you should fill up, it looks good on this car though.

13. Now rev low sweet chariot while you drive your revived Tina beast around for the next 30 mins or so to get the petrol beating back through her steely heart.

Remember you don’t need no fella to do this for you, just be a bit brave, a bit careful and always prepared!