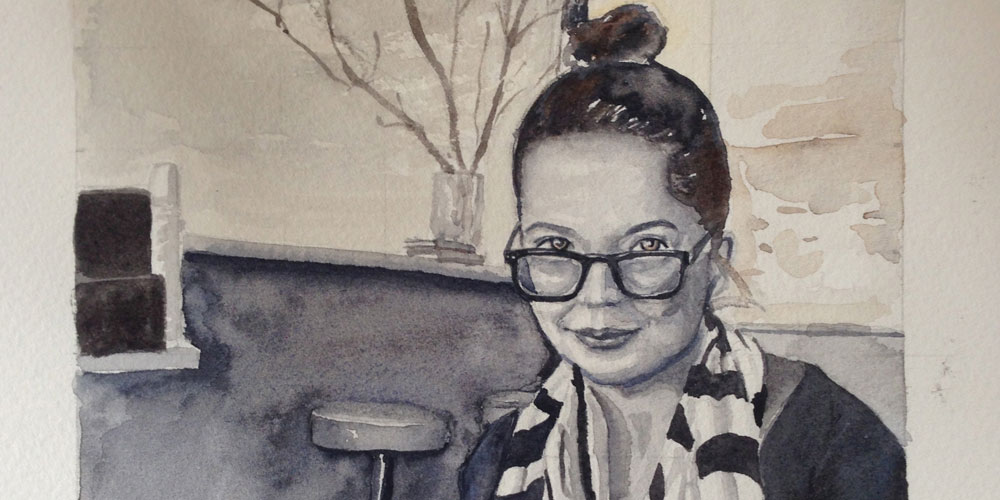 When you’re on you’re on, I have no rituals, I just work, and the planets align. It’s like being in the middle of poetry.

Ming-Zhu Hii is co-founder of The Public Studio, I asked her to be my first mentor in this series because she was my first mentor after university. She has an unsettling way of seeing straight past all my BS and self-doubt, right down into my heart. When I’m stuck she listens to me, she watches intently and hears every word, then she asks what I need to be asked, and I can think again. She also has a really great library.

Ming-Zhu Hii, in her own words, is:

Predominantly a filmmaker, and I also work in installation and live art (or live performance) and event. So I suppose you would call me a director, although I like the word Auteur; effectively a simple way of saying you largely conceive the work, write the work, direct the work, and produce the work.

Where to go for guidance

I have a lot of different people I go to… I work with my husband, who is my business and my creative partner as well. We hash a lot of things out together, so we are able to see the sides of problems that the other person can’t see. I (also) work with a woman called Catherine Caine, who is largely a business coach and she is completely outside of the creative industries,  I find that really refreshing. I have a really good girlfriend who is also completely out of my practice industry and she is just like one of my cheerleaders…she’s of one of those Nothing-Is-Impossible people, which is fabulous.

Apart from that, I work really hard on myself, so I read a lot of books. I’ve been stocking my integral library quite consistently over the last few years (which is a very small library amongst your much bigger library of the books, and the resources, and the websites that you return to again and again and again, that have information that sheds really invaluable light on the work that you do)… it works to unblock the kind of shit that you get into repeatedly because they’re your ingrained patterns and they’re hard to shift. Often I get stuck in a particular thing, and I realise I’ve been stuck in it a dozen times in the past, and really it’s just about reminding myself of the truth we already know.

A routine, an average day

I suppose walking is the only thing I’ve managed to keep consistent in my life, ever. Unless I’m in the middle of a project I can’t make anything unless I’ve been out of the house and had a walk. I’m quite strategic in the way I work though. I find it easier to get a lot of my tasks out of the way first. It helps me to do admin, producing, marketing first, and then to get into the creative work. And often the creative work will be a photo shoot or shooting a film and that will be scheduled-in based on the shooting schedule effectively. When you’re on you’re on, I have no rituals, I just work, and the planets align. It’s like being in the middle of poetry.

The work is going to a café and reading that book for half an hour, that’s as much the work as being on set and shooting and getting something that you love in the can is work… And I only just discovered this recently when I had a week of admin, and had to do a whole lot of running around to auditions. Oh yeah, I do that as well (be an actor).

Money, not being able to go overseas is painful; spending $20,000 on making intangible artwork rather than buying two trips overseas.

For about two years it was really difficult to reconcile our parents’ desires for us to have children and school funds, and secure jobs. I struggled for a long time with my mother’s expectations of what my life should be. Yeah, it was fucked up actually, for a while, when I really thought I needed to have a house and an investment fund, and security and children. But when I let go of all of that and went, “hang on a second, how is this going to serve us, at all?” and then I realised it wasn’t at all, it was really to make our families feel better. It took six months to get really comfortable with that, and my mother turned around completely and said “you know what, I realise you have to live your life your way and I’m not going to get upset…Ming-Zhu is doing something different… and that is really kind of wonderful”.

Passing on one thing

Artists who want to make really unique work fight really hard to not be inundated with mediocre work, ideas, practices, fight really, really hard for the extraordinary, the weird, the sublime, for the difficult, and if you find yourself being exposed to the mediocre don’t let it cast a pool of doubt on your practice.

I think of Alice in Wonderland and how real it was for me hearing it as a child, I thought: “that’s real, that’s my world, that’s what is going on inside of me”.

Key influences:
Hal Hartley’s Flirt – I saw this at 16, Hartley has been core influence since.
Andrei Tarkovsky – “I am completely obsessed over and will be until the day I die”.
Sally Potter

Zen and the Art of Archery by Eugen Herrigel

In this new column we’ve asked our friends to unpack their relationships with the words that cause so many of us to become unstuck,…