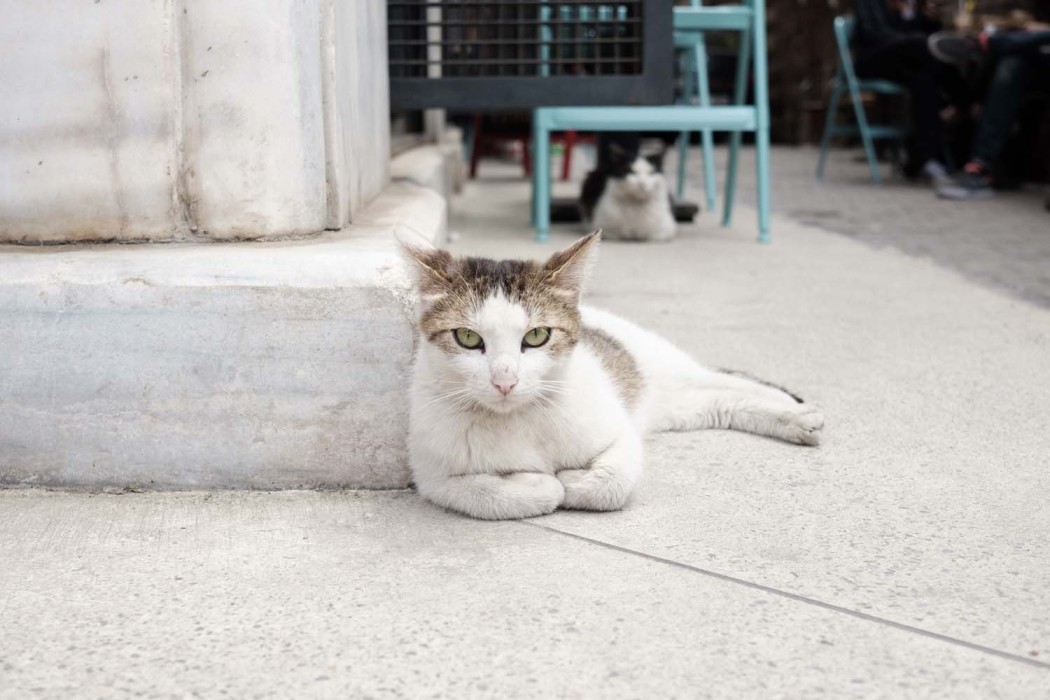 Heather Lighton is a photographer, animal activist, and longtime GGG contributor and friend. This year she visited Turkey where she photographed the country’s many stray cats, and reflected on the population’s generous relationship with the animals.

Although much of the world’s media would like you to think otherwise, Islamic culture is incredibly compassionate—especially when it comes to cats. There are stories of the prophet Muhammed cutting off the sleeve of his jacket to not wake his sleeping kitty who was napping on it. Perhaps this is why there are so many well fed and doted on street cats in Turkey.

You can only take a few steps in Istanbul before you encounter a street cat. Shops and houses keep bowls of kibble and water outside for them; with even the Starbucks on busy Istikal street looking after it’s own with milk served in their takeaway cups.

Being from a country where we seize and destroy over 250,000 healthy dogs and cats annually, the idea of letting them live on the streets and be looked after by the public felt so far removed from my world. But by taking portraits of these kitties, I felt like I was able to give them a moment to be known. They may not have names, or owners, or a bed, but they are captured here forever.

It’s been a while between Weekend Reading posts, so to help ease us back into things we thought we’d shake things up with a…