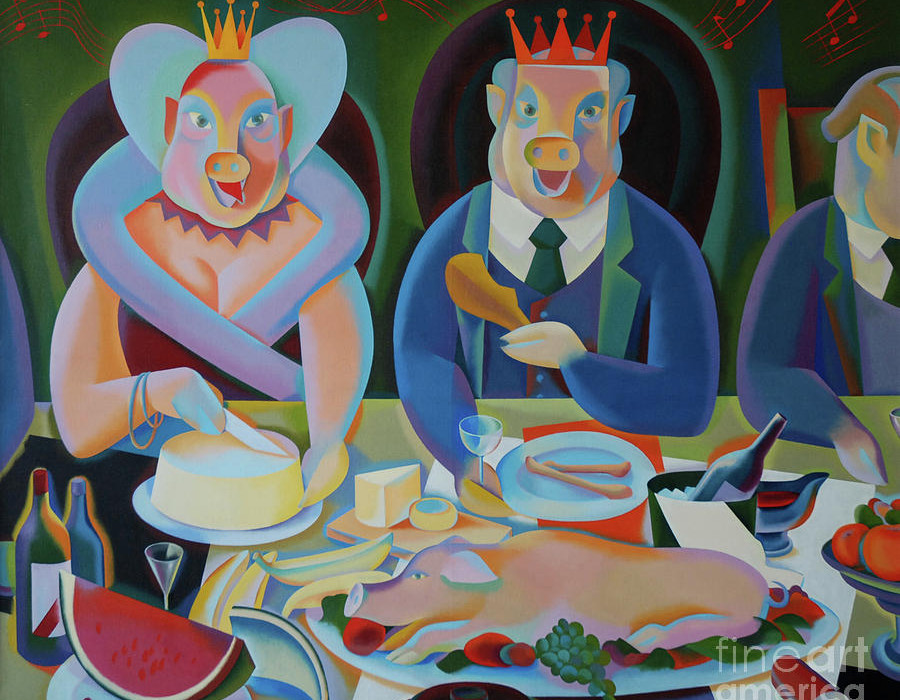 I was well into my adolescence when I realised we were poor. I was an adult before I saw what that actually meant. I don’t want to make out that I was a Dickensian waif, we lived in a house, had a pet dog, and thanks to rich yet of far away grandparents went on holidays where we play acted with wealthy relatives. The dichotomy of living in the shadow of poverty and the glow of wealth became a joke in my family. We gleefully called ourselves upper-middle-lower-class. My mother took comfort in her collection of heirloom silver while worrying how to keep the heat on.

Both my parents came from families that at one point were touched by extreme privilege. I always feel like that needed to be name checked, sometimes to present my own experience with suburban struggle as a mark on a much bigger and more impressive family story. Sometimes as a confession when speaking to others whose families struggled, as if to admit guilt that our shared experience of fiscal stress was probably less stressful for me.

Our fall from grace was tied in with familiar stories of immigration and physical and mental health. But just as I was slow to notice how little we had, I was also late in understanding the impression it would leave.

Earlier this month someone mentioned how much anxiety they had around their house being perfect—a throwback to being ashamed of bringing friends over to their small, rundown childhood home. I couldn’t help thinking about how much time and importance I place on my inner-city wasp nest. I’ve spent huge amounts of money and time—that I don’t always have—recreating a bourgeois fantasy. Looking around at my indoor plants, reclaimed coffee table and piles of magazines and art books the whole thing reminds me of a diorama; an imagining of how someone else lives.

I pour countless hours into cleaning, doing laundry, trawling the internet for the perfect unexpected side table. I become upset when my boyfriend leaves out mugs or doesn’t vacuum constantly. It’s not that I feel he’s slovenly, but rather that someone isn’t taking my meticulously arranged construct seriously. When you manifest a fantasy like this into life you expect people worship it like an alter to your ability to christen yourself middle class.

Once I became aware of how fraught and manufactured my relationship with my home was I began to see the fingerprints of poverty everywhere. Speaking about this with a friend who also grew up with very little, they noted that they are now aware of always dressing wealthy. Even if they had no money for petrol, appearing privileged is a priority. As someone who spent most of my childhood growing into and out of clothes that were bought for someone else and passed down to me it was a familiar feeling, and one that my bulging wardrobe and credit card debt can attest to.

But the feeling that sticks to me the most is my judgment of other people, the Us versus Them mentality that I don’t know if I will ever shake. Looking at my closest friends we’re all marked by these Home Brand pasts. We swop sad stories over drinks and laughs and rework them as anecdotes. We remake our memories like we remake ourselves. I furnish my house with knock off mid-century items and am reinvented; I furnish by past a happy ending and am recast. My favourite people in the world follow the same formula, sometimes we slip and share a memory too painful to laugh over. Then we commiserate and quietly resent anyone who doesn’t understand.

Those who can’t join us in the show will always be seen as another. No matter how much I like someone, the second I suspect a parent offered money for a project or were able to assist them in becoming a shiny adult I am distrustful. I know it’s wrong and stupid, but I can’t help judging them. The irony isn’t lost on me: that I once feared someone would judge me for my parent’s bank balance, but I don’t care. They grew up rich so I’ll always suspect they don’t totally ”get it”.

In the center of these feelings is the astonishing realization that the kids I’m refereeing to, who never felt so stupidly ashamed of not having a second bathroom, have never had these feelings either. It’s like those of us who grew up poor are part of a secret tribe, walking among them, throwing invisible glances when someone mentions their dad buys their cars brand new or their mum has an investment property. It seems so foreign that the feelings plaguing us never even brushed against them.

I want to finish this with a lesson, a conclusion about being poor making you strong, or brave, or understanding, or the pride I feel to belong to this aforementioned silent but knowing tribe. But I find myself at the end of these 900 words with no message. The only thing I realise now is that my anxieties are the one thing I own that they will never be able to afford.

Image The Bourgeoisie by Jukka Nopsanen

The Happy Street Cats of Turkey

Heather Lighton is a photographer, animal activist, and longtime GGG contributor and friend. This year she visited Turkey where she photographed the country’s many…