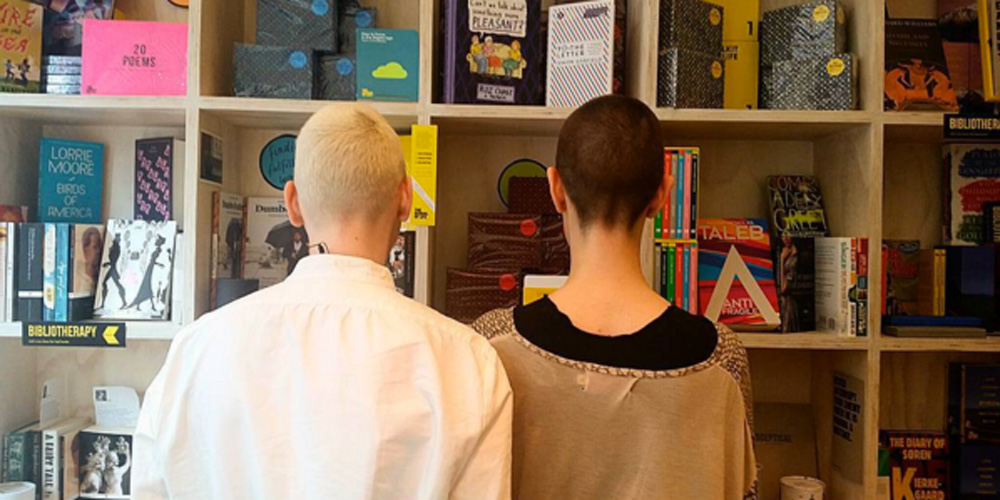 In the weeks before my hair went I tried a little mental preparation tactic.  I’d wait for someone to tell me, in adoring detail, how much they loved my locks, and then I’d drop the bomb: I’m actually going to shave it off soon.

I’m not usually a shit-stirrer. But after the first few outraged reactions it became clear that something needed challenging. It bothered me that so many people felt justified in trying to talk me out of doing something brave because of their own hang-ups about beauty. Worse, though, it bothered me that their reactions worked.  I tried being bold about going bald: laughing at the alarm I was causing and crowing about it only being hair. But when the reality of losing my most defining physical feature was days away, I was petrified.

The significance of head hair is a curious, loaded phenomenon. Like most discussions about physical attributes, it’s easy to dismiss a serious conversation on the topic as superficial. Talk for more than two minutes about what your locks mean to you and you’re likely to sound a little vapid. And yet there’s no denying that as long as humans have had hair, we’ve been obsessed with it.

From ancient Egyptian wigs, to 18th century poufs, to Sharpie mullets, the shape and colour of what is on our head has exemplified our social alignments and inner impressions of ourselves. Our oldest folklore is woven with hair motifs: it’s the source of Samson’s strength, Rapunzel’s access to romance, the hopes of Snow White’s mother, and the only thing we know about Goldilocks (aside from her lax attitude towards private property). Our attachment to our hair—how it identifies and aids us—falls somewhere between teeth and hands in the realm of the consciousness. Intentional or not, the way we wear it is a powerful signal to others of our values and priorities.

For me, golden locks were an easy way to tell people that I was likeable and unthreatening. Blonde is code for being fun and desirable – our culture tells us this every time a blonde leads the doll pack, is the ultimate babe in movies, or the central character in children’s TV shows. Growing up this message made me pine for blonde hair. From the age of 16, I spent years chasing the perfect shade until a colourist finally achieved it: Hitchcock wet dream. It felt like all that was exciting and worthwhile in me was now, physically, evident. I looked, and felt, perfect.

It’s embarrassing to admit that. I’m acutely aware of the censure I’m inviting, talking about something like this from a position of social privilege. And yet it wouldn’t be fair to completely self-flagellate here. My seeking refuge in a beauty ideal was a symptom of very insecure teenage years, where terrible acne and an awkward body seemed to indicate that my inner self would be better appreciated if my outer self changed. Evolving into a blonde meant a teenhood of feeling invisible gave way to an adulthood full of smiles from strangers, wistful stares from little girls, and, amazingly, being complimented on my appearance.

It wasn’t until my late twenties that I became fully conscious of unsettling attention. Being blonde means you’re constantly picked to speak first from an audience of keen question-askers. You’re asked to be the poster-girl for institutions that are supposed to prize academia above appearances. Shop assistants and bartenders serve you ahead of customers who have been waiting longer. Guys who barely know you, or your percussive ability, email to see if you’ll play tambourine in their dude band. Older women are tender with you, and men of all ages are especially attentive. More and more, I began to wonder: how would that scenario have played out if I didn’t have pretty, blonde hair?

But the real moment of truth hit me when the question of going back to my natural hair colour came up. I realised that the special treatment and objectification I elicited as a blonde was not affecting my sense of self so much as it was affecting my sense of worth. I was convinced that others’ acceptance and approval of me was all, indelibly, tied to my having that hair. I was terrified that if I lost it I would be rejected or forgotten. My hair was a buffer between me and the world.

I organised incorporating the shave into a collaborative artwork with a friend. My mum and boyfriend were selected as shavers, their hands representing loss administered by love. The shave took place in a basement studio. By the time I went home that night I was shorn and strangely ecstatic.

Then came everyone else’s reactions.

What do bald women represent to us? Ruthlessness? Anarchy? Asexuality? Sickness? Death? It felt like there was a flavour of each in many of the responses I got. Alongside overt comments of dismay were looks of defensiveness, sympathy and even disgust. It was enough to make me want to hide in a cellar for the next year—a mirror less cellar. When I looked at myself, I couldn’t stand the pathetic creature I saw. She was so frail and freaky. Beanies and too-bright lipstick became my new, unwanted, friends.

And then slowly, and quite simply, I stopped caring so much. The beanies only came out on cold days, and I went easier on the lipstick. I still felt vulnerable and stuck inside this ‘look’, but it was done and that was that. I had to learn to be peaceful with my bared self, and began to really hear, and believe, the positive responses I’d been shutting out. I even asked my boyfriend to freshen the shave a couple of times.

Then one day, two young women entered my workplace. When I looked up from my computer, I saw that they were beaming at me. One had what looked like a newly shaved head.

We were ecstatic. “When did you do yours?!”

Our stories were similar, though it was specifically the Buddhist take on head shaving—to rid the self of confusion, hostility and attachment – that had inspired her to action. We were so thrilled to share this unusual experience that her friend took a photo of our two heads together from behind. It was perfect.

Shaving my head was one of the weirdest crises of my life, and one of the best decisions I’ve ever made. Within an extremely comfortable existence, getting rid of my hair was a very sobering way to see through the disproportionate value I had assigned to something so impermanent. By ushering in the loss, I gained enormous insight into my own capacity for bravery, weakness, and being a badass.

But most importantly, it helped me to better recognise my self—my real self. She doesn’t have blonde hair. She doesn’t look like anything, actually. But she can be a shit-stirrer, sometimes.

I used to wear “granny knits” to be ironic—now I just wear them. I recently got married. Somebody has chosen to spend the rest…