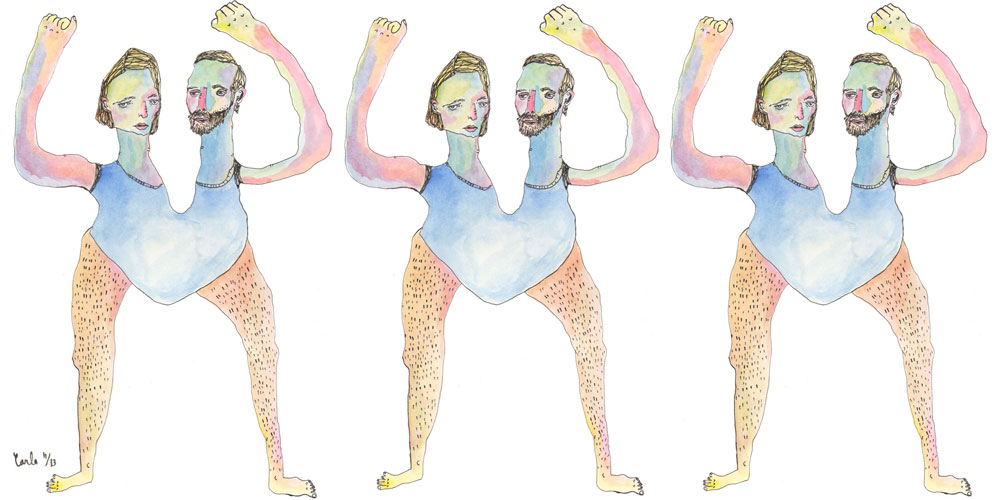 The guys who are guilty of this, create their own public feminist mystique they can carry into their next conversation with a woman.

I think one of the biggest misconceptions about feminism and women’s rights is that men can’t participate in them. I’m lucky enough to count my father, brother, and boyfriend as some of the biggest supporters of women that I know. They’re the kind of guys who don’t say, “ooo catty” every time you express frustration with another woman, and voted for Julia Gillard not because she was an inspiring female—but because they recognised her as an inspiring leader. Well to be honest, judging by my dad’s jokes I think he just found her inspiring for a redhead.

One of the most damaging things we can do when we talk about feminism is adopt an Us vs Them attitude to the opposite sex. Feminism isn’t about beating men, it’s about encouraging women. This is where I get to my point, and my most recently observed social media trend: the Pick Up Feminist.

People commenting on political or social events that they make no effort to participate in, in the real world is already a pet peeve of mine. But the waves of men posting feminist rhetoric on their feeds that they then fail to follow in their actual lives have to be some of the most offensive uses of  hashtags I’ve seen this year.

Not only is posting Sinead O’Connors Miley Cyrus rant and tagging “party” girls you know in the comments section a thinly veiled way to call a woman a whore on the internet cowardly, it’s also offensive. Not surprisingly I post a lot of opinions on Facebook and Twitter, but I like to think I follow them up by expressing and discussing said thoughts in my everyday life. I write about them here, and in my job, and generally try to follow my public principles privately. Don’t worry, this isn’t me telling you how noble I am, it’s just explaining that sometimes I will post a link of a Katy Perry interview on my private account and say something along the lines of,”LOL KP HATES WOMYN”. Side note: the post I’m alluding to was a joke, but you get the point.

Now as someone who lives my life a certain way, most people can probably conclude that I’m not a misogynist with a vagina, I just like going on Huffington Post at work. But recently every time I do this some dude (from the Sinead O’connor repost school of gender studies) feels like they need to comment on it and school me in women’s rights and the dangers of women hating on each other. This is usually followed with me being punished by spending a week or two on their Tag Team of women who are named and shamed in the next round of self serving gender posts.

Now to return to my first point, some men are genuinely interested in gender and feminism. But in my experience, those are not the guys who do this. The guys who do this do it to create their own public feminist mystique they can carry into their next conversation with a women. They do so, so when a mutual friend comes across them they have an air of giving a shit about her ovaries. I don’t mean to sound hateful, and I am talking from my own experience not for anyone else, but the trend is hard to miss. Again in my experience, it’s also usually followed by fucking the first girl who gets a bit misty over their Virginia Woolf quotes, and telling them they can’t commit because they don’t mean to oppress them.

If you’re a dude who cares about women, lecturing them on the fucking Internet isn’t the way to do it. Expressing concern for a teenage celebrity is the lowest hanging fruit of gender commentary. Men who care about women do just that, they care about women. Equality is about respect and understanding. Respect is about allowing people to have opinions; if you really think they’re misguided, be their friend and show them what it is to have someone value and love them. And finally, understanding is about getting the point that I want you to finish reading those Jezebelle articles before you repost them.

Anorexia is a loaded, visceral word. Anorexia. Anorexia Nervosa, the term, was developed by Queen Victoria’s physician, Sir William Gull in 1873. Of Greek…