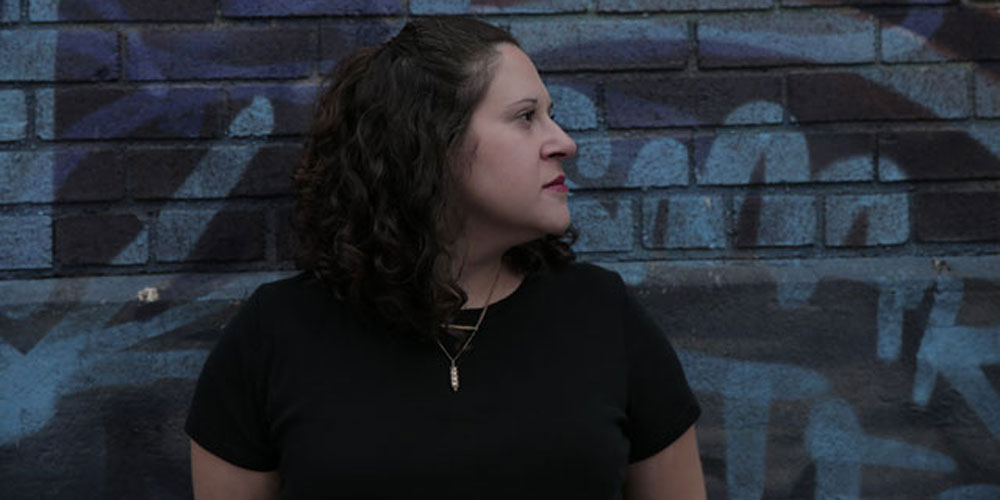 There is a good chance that you haven’t heard of Jamie Farkas. But if you listen to Action Bronson, Black Lips, OFF!, or The Raveonettes then you probably owe her a beer. Jamie is the general manager of VICE records, the musical arm of the magazine.

Her life/job/general whole vibe is exactly what everyone who saw Almost Famous in high school expected adulthood to be. She spends her days listening to music and signing bands; despite not being a household name herself she has the midas touch for predicting what is, and what will be cool. Considering all that it’s not surprising she’s also impossibly smart and charming.

Her job in the very male dominated music industry has made her an ideal talking head on the different challenges women face in music, and how important the role of the strong female artist is on the cultural landscape.

GGG: Hey Jamie, I guess to get some background of you I thought I’d start by asking you what was the moment or person in your life that set all these music wheels in motion?
Jamie: Mine unfortunately was not a woman, mine was definitely my dad. When I was growing up my parents had like one TV in their bedroom and then every other room of the house had a record player with hundreds of records. That’s how you passed time, you listened to records, it was a really important part of family. I guess that from a very young age I had a really strong emotional connection to music.

I think that I figured out very early on that there’s something, relatable isn’t the right word, but there was something about music that took me to another place and could make me feel better. My dad has this real shit car and every Sunday we’d go on what he’d call mystery tours. At every turn he’d change the song and if I could name who was singing I got to choose if we went left or right. I feel like that was a massive part of my musical knowledge; so when it comes to a pivotal person, he was that, for sure.

Oh that’s such a cool story, what a rad dude.
Thanks, yeah it’s one of those stories that every time I tell it I feel really excited, because it is an awesome story and an experience I was so lucky to have.

Do you still talk to your folks about music and share recommendations?
Not so much. My dad maybe, I’ve definitely tried to take my mom to shows of bands I like and I think she tolerates it. Obviously she’s incredibly happy that I have a career in something I love and listens to some things, but you know her ears can only take so much.

I always try and make my mum mix CDs of what I’m into and it’s so difficult. They always end up being half Francois Hardy just hit the 30 minute mark.
I actually a while ago found my mom what was probably the last ever available walkman. I love mixtapes so much, I love the tape. When I listen to something I think about it in terms of vinyl or tape, you know what’s on side A and what’s on side B, marking important songs. I could never understand mix CDs because it’s just continuous, like where’s the challenge in that?

It’s a pity the  tape market didn’t hear that argument in the 90s. Since I started this site I’ve been thinking a lot about gender, and the perception that being a girl in a workplace is a disadvantage. Personally in my life being in a largely male office has probably been more of an advantage, and has given more opportunities than it has taken away. You’re obviously in a very male industry, has gender been an advantage, a disadvantage, or just a void point?
You know I think it’s all of the above, I think it’s something I try not to think about. I’m really cognitive about the fact I work in a male dominated field, but I try to not have a conscious thought process about that everyday.

I try to just be like: you’re good at what you do, you know you’re good at it because of who you are, yes you are female, but that hasn’t got you to where you are; this stuff hasn’t been achieved because you’re a girl. And certainly I’ve never it to get anywhere. The perception that girls who are successful use their sexuality is frustrating because that would never be said of a man.

I do think that, in terms of it being an advantage, that women by nature are different. Sometimes they’re just more sympathetic and sensitive. And as my career has grown I’ve been in a more senior position and had to make hard decisions; I find myself looking at things through eyes I don’t think a man would have. And I think that has been positive, and worked to my advantage.

That’s probably the most timely way of looking at it. I have a theory, the 20-year rule: where everyone is in love with the decade 20 years prior to them. At the moment it’s really the 90s, with a big focus on girl bands and their sense of “sisterhood”. It was a really golden time to be a female musician. In the present industry, is that culture of girls supporting each other still alive?
Sure, I was a teenage during the hey-day of the Riot Grrrls and Bikini Kill, and really coming of age when that whole scene was coming of age. I definitely feel a kinship to it, and I definitely do not think of myself as a feminist, I think there is something in that entire movement that—didn’t freak me out—but it always made me wonder if calling attention to the fact we’re not looked at the same way drew too much attention to the negative side of being female.

But I think there’s definitely still a female support system, maybe not so directly aimed at my age group, but there are a lot of programs like rock camps for girls where they go there to form bands and play instruments. There are quite a few programs like that, and they’re all led by people who are roughly my age who definitely came of age when Riot Grrrls was really happening. In that sense I think the spirit of that has really stayed alive through people who lived it the first time in the 90s and wanted people who weren’t there to have something like that in their lives.

It’s interesting you don’t call yourself a feminist because of that perception of it. Realistically in a perfect world feminism wouldn’t exist. We wouldn’t need a name for it because it would be a completely amalgamated element of our lives.
Totally, and I thinking of your earlier comment about working in a male dominated field, when I turn up to a meeting and I’m the only girl I’m not weirded out by it. I don’t I notice anymore. But I have noticed that when I sit down at a table and there are a lot of women I notice it straight away and I get excited by it. But it’s sad that it’s exciting.That I think it’s awesome, not normal.

We’ve kind of touched on music as a tool to bring people together, that really excites people, where everyone can find something relatable. It’s a community open to anyone, but still way less girls are picking up instruments than guys. Is there a reason why young girls might be drawn to music but aren’t actively participating in it?
You know it is weird, I don’t know. There isn’t one reason, but maybe it’s because it’s an intimidating thing to do. And there are certainly more male musicians than female. In the rock scene when you see a band that’s two dudes and a girl you notice the girl. And then there are bands like Haim where it’s a huge talking point that they’re female.

Yeah I call it Girl Bassist Syndrome, you sometimes wonder: is that just to have a girl on the poster?
Exactly, and I think that’s part of it. From a very young age girls are exposed to the message that this is for boys—even though obviously it’s not. Being a listener and being a participant are two very different things. It’s not like anyone is saying to girls don’t pick up an instrument, don’t be in a band. But there is still a novelty factor to women being in rock bands. And so I think that’s also a part of it, that people don’t think it’s something they can necessarily do without drawing a lot of attention to themselves.

It’s interesting how much focus there is on women in music, in alternative music but also in pop music. Everything a women does is so much more monitored, but also so much more promoted. To get back to what we were saying about our own jobs, as a female trying to make it in music is that attention helping or hindering?
I think it depends, and I think the genre of music makes up a really interesting part of that equation. You know when you think about women in pop music, you think about women who are really highly sexualised and you don’t think about that when you think about a girl in a rock band.

So I don’t know the answer, I do think that regardless of what kind of spectrum of music you’re in you definitely have more eyes on you as a female. And you have to be really, really confident and comfortable with yourself or I think it will crush you. And the harsh reality is that happens 10 times more to women than men.

Jamie will be talking at Face the Music and Melbourne Music week , happening 15 – 24 November. Get more information and tickets here.

The Problem With Beyonce The Feminist

This week Beyonce released an album and the Internet exploded in a round of applause calling her a feminist icon. I’m not going to…