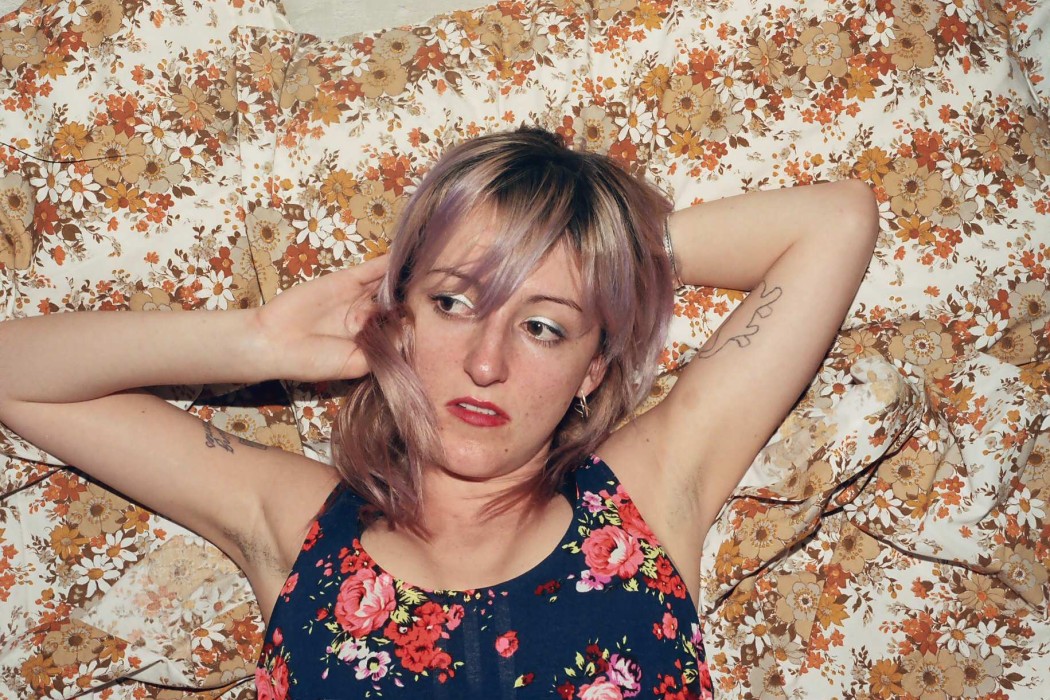 Two years ago, musician Angie released her debut solo LP Turning and immediately became a Melbourne cult hero. Not that she came out of nowhere. For years she had played in other beloved bands like Circle Pit, Southern Comfort, Ruined Fortune, and Straight Arrows. But with Turning, she took centre stage. Two years later she’s back with her follow up Free Agent, an equally evocative, but considerably more hopeful offering. While Turning was formed while trying to work through a period of her life she describes as feeling “uncontrollable,” Free Agent is a product of a very different mental space.

Between the records, Angie spent time working with Underbelly Arts, working, studying, and writing. Or as she puts it, ”I had to wait for life to happen and things to play out.” At GGG, we’ve waited eagerly for this follow up, so ahead of its release next month we thought we’d check in.

GGG: Hey Angie, it has been a while between records. When you’re not actively playing and recording, is it a relaxing time or do you get itchy to be working?
Angie: I don’t really find much time to relax. I usually find everyday tasks relaxing – like cooking, cleaning or doing washing, taking showers (laughs), listening to records. I find that I’m always on the chase for something to keep me busy and occupied – otherwise I get a bit frustrated, so I would say I’m working most of the time, all the time – often while cooking or listening to records!

Reading back on coverage of Turning, there was so much focus on you as being somewhat of a figure head to this group of important women playing and writing music in Australia at the moment. And I always feel really conflicted over the focus on you as a “female musician”. How did it feel to have your gender constantly referenced?
I can’t think outside of my own experience, and that’s of a woman, so to say how it ‘feels’ is something I can’t really answer as I don’t really have another reference point outside of my own life. I enjoy the fact I am a woman, and find it interesting when anyone brings up the fact as an act of surprise or interest, as to me it just is – I’m a woman and I happen to be creative and make music. I have experienced sexism as a female musician, and most of the time laugh it off and find it humorous when it happens, but I think that wow – in 2015, it shouldn’t actually be a ‘thing’ to be a female musician, like you are an endangered species somehow still it is, and there should be more women making music and having the confidence to do things on their own.

For the record, that’s the only gender question I’m going to ask. What does seem like more of an influence is your relationship with solitude, do you work differently alone in comparison to with people?
I work differently on my own as I’m looking at a part of my mind thats occupied by me alone. When collaborating you draw on shared aspects or thematic notions that you can share or both experience – what emerges is a sense of collated interests. My solo music is exploring a territory that I would say is quite intimate and personal, and draws upon that aspect. When I play live I feel this even more, as recounting and rein-acting the songs reminds me of this. They are quite reflective in nature, and have grown out of solitary thoughts and consideration – a practice that within the creative act would not have the room to move within collaboration as some of the ideas cannot necessarily be communicated in words.

This album feels more optimistic, is that a fair statement?
Turning is without a doubt a dark record. That feeling could never be maintained as it was a very specific predicament that from which these songs emerged. Personal evolutions have transgressed and my point of writing can reflect back on this time almost objectively. It was a time of extreme solitude and reflection. The songs were attempting to process senses of trauma and the uncontrollable in my life and these moments were solidified within the songs. The songs take me back to that time, and although its melancholy, its also beautiful in a way. Free Agent represents the next “phase” of my life, where I was also extremely solitary, but so optimistic and filled with so much hope.

How are you different now, compared to when you did Turning?
I’m different in the sense that I’m a bit older, and more confident in what I’m doing and the messages that I am trying to portray. I was unsure at the project’s impetus as that moment was a first slightly unsteady step – and although I felt confident about it, it was also almost a moment of desperation in the sense the songs had an urgency and cathartic energy to them. Now I would say I’m more confident as a songwriter, yet also still growing and evolving, and I feel I still have a lot to both explore and learn.

You can see that so clearly in the record.
I would say that I have the confidence to present material differently. Free Agent is comprised of four rock songs, two instrumental part improvised, and two songs that are just vocals and organ. So I would say that that confidence relates to presenting different stylistic material the reveals ideas in a new way. “Missing Out” (which is on Turning) is a very bare, intimate song – but on that record it is very shrouded in delay and distorted organ. Now I feel I am able to present songs in a more bare way as I don’t feel I have to hide so much behind the music.

Do you think the idea that you need to be “tortured” to make emotive music is true?
I find the concept of the ‘”tortured artist” an annoying cliché, and I don’t subscribe to that kind of thing in any way. Music is something created by all kinds of people, and enjoyed by all kinds of people. I’m interested in everyday people, and how their creativity is played out in and around their daily lives. That said, I can only seem to write songs when I’m emotionally fraught or upset, and my music is generally expressing a sad emotional state. Its more cathartic than revelling in sadness, its about getting rid of it, so I can make attempts at the everyday sense of being or happiness.

Do songs come to you all at once or in pieces?
My songs generally come in fragments and the music and lyrics will sit with me for ages and eventually they will craft together through a mixture of both chance and conscious movements. So its a process of wild experimentation, serendipity and cut and paste.

In the last 12 months, what felt like the event that will have the largest impact on the next 12 months?
Definitely endings. I’m speaking mostly of friendships here but also of artistic projects—as they close doors and open others, and leave you imbued with a certain love but a certain sadness that makes your eyes open to wider horizons.

Are second albums really harder, more intimidating that firsts?
I really believe in Turning, and stand behind it. It’s in the past now, but having that benchmark there is a bit hard as its a measure that you have to match or better. Although I feel that it was so intense, it was easy to consider where the next record would go as I knew that it wouldn’t be the same in tone – I wanted it to reflect everything in my life that had happened since the moment I finished it – and reflect on a certain freedom that solitude allows someone – rather than the sadness of loneliness which is all through Turning.

What do you hope people take away from this?
All one can hope for with music, is for only one person to listen to it, and relate to it, and feel something from it, and engage the ideas imbued within on their own life. I do this all the time, with others, and I feel so close to music, it weaves all in and through my life.

If you wanna see Angie in action, check out one of her upcoming shows.