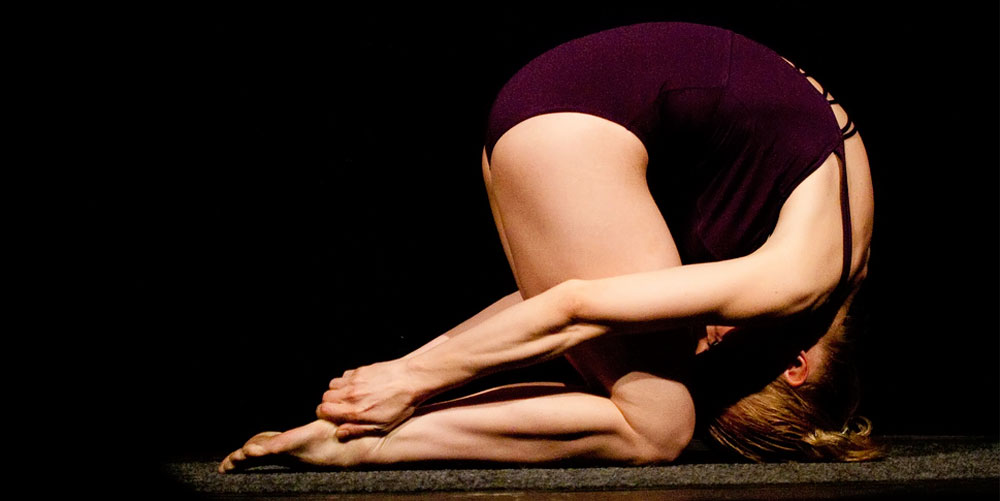 The below is the reflections of Rachael Fallon, the administrator of Facebook group The Yoga Activist-Yoga Teachers against Sexual Harassment and Abuse in Yoga. Rachael and her group are working to help people speak out about issues around sexual abuse in yoga classes and the dark side of a usually very positive practice.

I would like to share my story openly to be more honest and transparent about this page and why I created it- The Yoga Activist-Yoga Teachers against Sexual Harassment and Abuse in Yoga. Where does my concern and reflection stem from on this topic? I guess it originated and began with my own personal story.

I grew up in a single parent home. I have no idea who my father is. I don’t know his name, his favourite book, his habits, his facial features, or his blood type. I have never enjoyed an intimate healthy embrace with him, and he has never been there to step in when I need him. I never had a healthy male role model in my life growing up and I know this has affected the way I interact with men. I am an evolved woman now yes, with a strong mind who has accepted this reality as part of my journey. But let’s just say it hasn’t been that easy walking down this road to self-realisation.

I have had yoga teachers who knew this about me, including the man who provoked me to start this group, who have tried to use this knowing to their advantage. I have dated men both on and off the yoga mat who have used my vulnerability, my wounds, who have filled the gap momentarily of my fantasy of them rescuing me as an opportunity. I have heard I love yous, and then goodbyes shortly after the honeymoon. I have been targeted by all sorts of wolves in sheep’s clothing both in spiritual circles and my personal life.

I have also been blessed with great teachers who hold integrity, who are aware of my personal story, and have put up boundaries with me right away. I once flirted with a teacher both consciously and unconsciously, and he said “If I am going to be your teacher, there will be no flirting, or any projecting going on in this relationship. I am here to teach you how to have a healthy relationship with a man, who will never use your pain as an opportunity.” He was one of the first men to teach me what it felt like to feel safe in my vulnerability. He is a yoga teacher and psychotherapist.

When I meet women who have fallen into relationships with their teachers or abusers, I see a similarity almost immediately between us. They too have unresolved issues with important male role-models; their Fathers. They come from broken homes, sexual and emotional abuse, and neglect. I know this as fact because I am a yoga teacher and they confide in me on yoga mats all around the world sharing the depths of their pain and wounds through tears. They discuss their unhealthy relationships to men, and tend to blame themselves for their failed relationships even when the men abuse, disrespect, and hurt them. Sadly history repeats itself, when we don’t find the help we need to make real change. I’ve been witness to attractive and charismatic male teachers who these woman flock towards like sheep, and I know the underline reason they are drawn to them whether it’s conscious or not. Some men use this as an opportunity to get laid, and shortly after the stories unfold with the new girl in Lululemons getting her heart broken monthly. I met a yoga teacher who at 38 slept with a 21-year-old student who attended his teachers training, he told me, “She was an old soul, I watched her with the others and I was very impressed.” So you had to sleep with her and you had this planned all along? I told him he could have taught her how to have a healthy relationship with a man, by not crossing personal boundaries. He laughed and said it’s just sex, we are both consensual adults.  I in turn had an affair with him, in hopes of us falling in love and living happily ever after. I get emails from him every now and then, asking me if I can help him to get work. That is the depth of our magical connection.

The more I get to know these teachers, the more the stories of free sex and love multiply.  I worked alongside a male colleague at a very busy yoga studio who had three woman in a class at the same time he had been sleeping with, without any of them knowing. He was in a panic and asked me to distract them while he rushed off as they lay in Sivasana.  He laughed and also didn’t see anything wrong with his behaviour. He is hailed at a hero to most of his male counter parts.

I dated a yoga teacher who was physically, emotionally, mentally abusive. Everyone in our yoga community knew and no one stepped in to stop it.  I would come to work with bruises on my body, and tears in my eyes. I was so afraid to leave him, and completely disconnected from my soul.  He is still a very popular yoga teacher, who hold retreats in exotic places and his sex addiction has been fulfilled by plenty of woman daily. I pray every day that he doesn’t hurt others the way he did me.

I have had inappropriate adjustments, midnight knocks at my bedroom door in ashrams by teachers, healers who wanted to have sex with me to heal me, yoga teachers to invite me to teach with them, only to find out they assumed this meant I would have sex with them and so on.

Sadly this is the reality of what is happening in our yoga communities across the globe.

The projection of the magical other to come into our lives to heal our wounds is much more prevalent within the yoga student teacher relationship then we’d like to admit. These men don’t want to see what is really going on, and I think they should take the time to learn and understand these complex dynamics. In fact technically we learn this in the ethics section of the teachers training course, but I feel like half of the yoga community was sleeping during that lecture.

I will say something that may sound judgmental but I feel it’s an honest observation- Why is it before these men became yoga teachers? They couldn’t get a date, and now they have woman waiting after class to follow them home and express their undying love for them? Why are woman falling into cults with teachers like John Friend, and giving away their money and their bodies all in the name of yoga?

With a new yoga studio opening up on every corner, countless teachers trainings a billion dollar industry we have to question why and how people have found their way into yoga. Anyone can be a yoga teacher. There is no screening. There is no consequence for misconduct. There is just a glamorisation of an enlightened being eating goji berries, and doing hand-stands with hot abs and a bright smile.

We only see the outside.

I met a Swami in a very recognised Ashram who told me he killed someone. He was a drunk, he hid for some years, studied the scriptures, came out of hiding and is now a Sannyasi. I looked at him in shock, as we all sat across from him with his big angelic smile.  He explained this was his karma. Imagine we all just looked at each other and said- nothing. I can go and study with him in Rishikesh at any time with hundreds of others who go to him for advice, in search of the way to enlightenment.

This my yogis is the dark side of yoga.

I am not a victim. Yes I have deep wounds from my childhood that are mending. I think if we are honest with ourselves more than half of the planet has.  I am writing this to bring awareness to the things that can go wrong with yoga.

I love the light side of yoga, and everything it has brought into my life. I have been a yoga teacher for over a decade and I am thankful for this karma. But I also know it is my duty to keep students safe, and they won’t always meet safe people to go into deep their deep personal work. I don’t want to sit across from another woman who has been abused by her teacher. I don’t want to stay quiet about this, because it’s not yogic to speak about negative things. I am real, and raw, and alive because of my yoga practice.  I have met some enlightened beings, and beautiful yogis all over the world who would never hurt another human being let alone use the yoga room as a platform for sex. But I also know there are others lurking around without good intentions, and so many are vulnerable to these predators.

I personally have had to fight a little bit harder to stay out of the way of abusers, because I am prone to abuse since I grew up in a very dysfunctional environment. It amazes me how powerful the unconscious works, and just how many bad people live in the world.  But, the world is also full of loving, kind, and compassionate people who we can trust; identifying them is the hard part.

Yoga is not the place where the boogey man lives, but there might be a powerful man using his Yoga for the wrong reasons and we have to be aware of that.