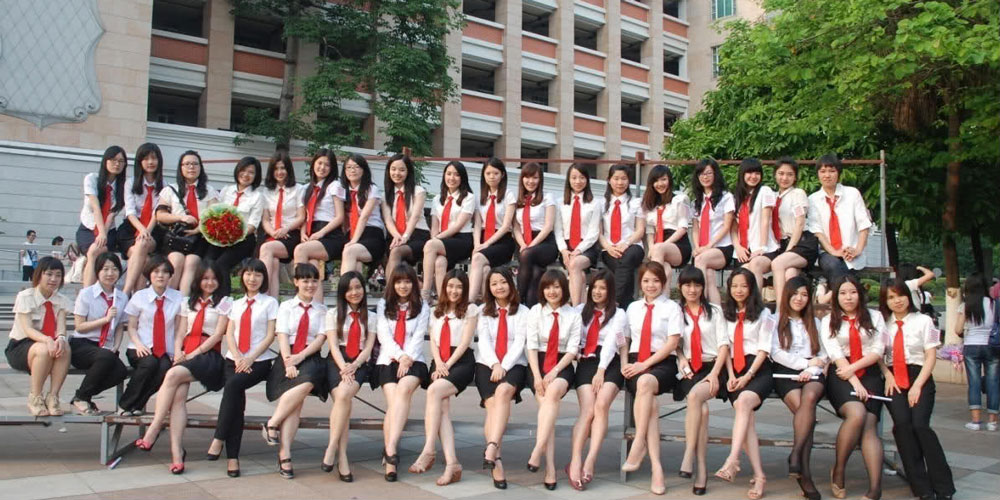 One of our regular contributors Eloise Callister-Baker recently sent us a dispatch from China, and shared her reflections on life in a very different country. It’s easy to view the female experience from a very first person perspective, but as Eloise’s experience shows, we’re really incredibly lucky to be in a society where our voices and opinions can be explored.

Navigating cultural differences at China’s leading university and around Beijing is something I never considered before coming here, but instantly on arrival in China’s capital it has proved to be something I must constantly think about it.

As a young, white, western woman maybe I didn’t think about this because of a deep and naive affinity to my own privilege. In New Zealand, I never truly stood out and could, on the whole, be part of the crowd and hide within it. I also am part of a socio-economic class that afforded me substantially more control and freedoms compared to many young women around the world. If I felt drawn to “a cause,” I could unquestionably find a social or political group to be a part of or I could freely write about it through any medium. Although I am often anxious and over-analytical, in New Zealand I had a relatively straightforward identity. I had freedoms. I had a voice. I had a hopeless attachment to the myth of the individual.

And as much as I could, I tried to be aware of my freedoms and, simultaneously, be aware of what I still could not have as a female (like control of how my body is perceived, compartmentalised and commodified by different parts of society). However, daily life in China has both forced me to adopt an outsider status, temporarily restricted certain liberties (for example, in an open day ceremony we were explicitly warned that organising any type of religious gathering on campus is a punishable offence) and exaggerated what I could not have as a woman.

Without wanting to victimise myself and appear to lament for these new statuses, I have been trying to put together different pieces of these realisations, but I still have a puzzle in front of me rather than an idea of what the end picture could look like.

When I had first arrived on the University of Tsinghua’s huge campus I realised my mistake of thinking I could use Google maps without a VPN in China. The heat paired with the physical exertion of dragging an overweight suitcase between a constant crowd of Chinese students on bicycles quickly placed me in a frustrated state. Staring helplessly around, it was an accented “hello” that drew me from my looming despair. I looked up at the man who stood in front of me with his bicycle. “I’m not a thief, check my ID,” he introduced himself, and then proceeded to tie my suitcase to his bike. He gestured for me to sit on the back. I did not think, I just got on. Using fragmented English he explained that he was from Pakistan but doing his doctorate in Chemistry at Tsinghua. The only thing he knew about New Zealand was that it didn’t have snakes, which was the answer to a test question for him when he was in primary school. Fifteen minutes later we arrived at the building. He rushed off to buy me two Cokes, he returned to aid me through the process of acquiring a room and I thoughtlessly gave him my cellphone number.

Although thankful for his generosity, I started to become increasingly confounded by his constant offers to buy me everything I needed. But it was only after a week of daily phone calls that I decided to interpret his behaviour as overbearing and inappropriate. This problem was unexpected. When you do not share a first language with someone—as is the case with most people I met during my first week at Tsinghua—you are often protected from the less idealistic aspects of their personalities. Although you are also limited in that way too— something I should have been more aware of, especially as a travelling woman.

The next time I encountered difficulty like this as a woman on an “adventure” was in a globalised shopping and club area of Beijing called Sanlitun.

Beyond the heavy strips of plastic that fell over the club’s entrance doors (just up from the spiral staircase and security check) was a club of exhilarating scale, impossible to interpret and almost impenetrable. A huge disco ball reflected laser lighting throughout the venue and house music filled the rare empty spaces between the tightly packed people. After entering a venue like that I immediately wondered where I was supposed to go, but apparently I didn’t have to, it was decided for me.

Almost immediately after entering the club my friend was pulled from the crowd into a small raised area. Momentarily confused as to where she went, we found her again and she gestured for us to join her. We did so in an attempt to remove ourselves from the persistent men who had already surrounded us (apparently the presence of a female body is always an invitation).

The open booth that we stood inside had a small table with towering stands filled with fruit and glasses of Moet. As I joined the group, a glass was thrust into my hand and refilled whenever I finished it. In front of the DJ desks the group we’d accidentally joined were very deliberately displaying their wealth. No one asked our names, no conversation was attempted, except a string of “I love you” later on. As I danced I began to feel less human and more a part of the display. I thought I’d stepped into this “exclusive” area as a feminist, empowered by my actions, but soon I wondered if I was perpetuating a stereotype and submitting to a lesser status by continuing to be there.

I felt the older man beside me edge closer and noticed the tattoos snaking up his forearms as he reached for me. This wasn’t so much an intellectualised problem that presented itself, but one of safety and of protecting myself and my friends. I looked up at them, from the outset they seemed okay, if anything the situation seemed more entertaining than it was threatening. Staff stood by with grotesquely large and unexplained bouquets of flowers. They were at the ready to do anything the people around us requested, which included telling people who tried to approach the group to leave. I watched my friends being fed pieces of sculptured cucumber, they were laughing so I continued to dance.

However, later, as I sat down to rest briefly the man beside me gestured for me to cross my legs as (I assume) my posture was too masculine and I wasn’t performing my role properly. Slightly surprised, I reexamined the people around me. That’s when I noticed four young Chinese women sitting in the different corners of the booth, several looked bored and one was sulking. As I watched them, a Californian man, who had been attempting to join the group by showing photos of naked woman on his phone to one of the men, appeared beside me. He lent over and shouted in my ear that he would get free champagne if he kissed me in front of the group. At that point, I decided to extract myself from the stage and disappear.

We thanked the men for the Moet and threaded through the crowd to the other side of the packed venue, but moments later one of the men had found us and started to grab my wrist and waist attempting to pull me back. Perhaps I had misunderstood the influence (or appearance of influence) this group had over the club. Given this, I had also failed to consider how little anyone could or would do to help us if we were in trouble. With recent reports of clubs being shut down at random for mandatory drug testing of every single person inside, trouble can happen quickly in China. And you can’t ask questions. You can’t resist. Your status as a “foreigner” offers no protection either.

Although a victim of harassment should never be blamed for what they have suffered, these encounters during my first month living in Beijing became essential personal lessons. I realised I was naive—incredibly so. I also realised that this naivety largely came from taking my identity for granted in a context that had quickly shown how dangerous that was. But, it was something beyond this that has truly stuck with and has left me restless at night. Because, despite my lessons, I remain a “lucky” one. My privilege in itself means that I can “learn”. I can adamantly cling to the way things “should be” and protect myself when they aren’t this way. When I am in these clubs, or catching the same subway that 11 million people catch every day in Beijing, or walking past beggars curled over on the street, the sheer helplessness of a status of anonymity strikes me. But while I can safely return home, openly express the words to describe my reality and find support through this, so many people here have voices that are oppressed or they must focus on surviving alone. I look into the eyes of these young women without homes, without money, without options. And despite our proximity on the narrow, crowded street the challenges of our realities remain impossibly far apart.