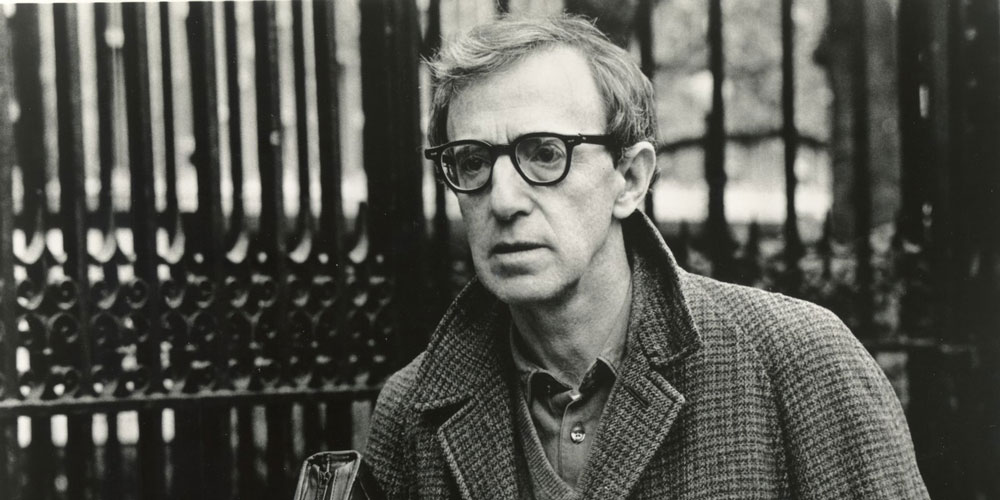 On a social level, there’s the obvious disgust that presents itself as soon as the topic of paedophilia is broached; the disappointment that a child was not protected and a life has been irrevocably altered through no fault of their own, as well as the confused disgust directed towards the perpetrators of such acts. I won’t make statements about how abhorrent a thing it is, because without trivialising the matter, we all know and unequivocally agree that the abuse of minors, or any person for that matter, is not acceptable.

Except, with Dylan Farrow’s recent accusations, the thing I just can’t stop going back to is that for every one of us that acknowledges and agrees, there were also a huge number of people that chose to turn a blind eye to what they did not want to see, hiding behind excuses that have been used too many times.

It was as if you could almost hear Hollywood screaming, “Jesus Dylan, enough! Not this again, we don’t want to hear this, we don’t want to know your sob story.” Those who rallied around Allen deftly ignoring the allegations do not want to have their hero fall from the freakishly high pedestal on which we had all placed him on. After all, this is the guy that showed us the real New York, exposed the endearing side of living with neuroses, the guy who made glasses and furrowed brows a movement. But I just can’t help thinking that it would be exceptionally foolish for people to blindingly trust and request no account from a man who has built an award winning career off writing situational diversions and having people look the other way.

I was first molested when I was around four years old, and for whatever reasons, be it age or psychological preservation, there’s a lot I don’t remember. My clearest memory from those times though, what I knew even then in the simplest reasoning of a child was that what was happening was a blatant violation of power; that adults were not supposed to do this.

I’m not sure how much I told my parents or if I told them at all, but eventually a distinctly memorable day came where there could no longer be any question as to what was happening. Though by that time I no longer even realised it was actually wrong.

For Dylan Farrow there will never be social absolution. There will be no trial, no requests of evidence or subpoenas served to former employees. And what I imagine is harder to navigate a daily life around is not the people that deem her story to be a cruel lie formulated by a scorned mother, but the people who cannot commit, who dock themselves in the grey area and shirk any kind of responsibility and find comfort in the fact that the lack of evidence in these kinds of cases means that they never really have to take a stand. Those who can say they were not there, they did not know Allen at that time and who use the closed doors of family affairs to keep themselves in a comfortable, diplomatic denial.

Maybe Woody Allen is innocent and this truly is a horrible divorce case gone wrong, but I find it difficult to stomach someone being so brazenly dismissive to such unsettling claims. More so I find the silence of those tightly rallied around him to be far worse. These artists have built a wealthy and wonderful brick wall around a man that they love and no one, not even his once adopted daughter will be getting through. Awards season is over and the ‘We Love Woody’ torch burned brightly. ‘Surely’, they must be thinking, ‘it will all go away again now’.

And you know what, maybe it will, but I hope it doesn’t. In this allegedly democratic society that we live in, Farrow should have the right to be heard without shame and scorn, as should Allen should he ever come forth with compelling evidence to prove his innocence. But relying upon his rich artistic contribution as a smokescreen should not be enough to cut it for me or anybody else.

With every article I clicked on, and every paragraph I read following Dylan Farrow’s letter, the naïve hope that someone from the Woody Kool-Aid Club would acknowledge that as adults they have a moral responsibility to at least give a possible victim of paedophilia the right to be heard dissipated. To now have Scarlett Johansson claim Dylan has acted irresponsibly only makes it more blaringly obvious than it was a few weeks ago that by and large, words relating to young children and old men are ones most people would rather you never uttered.

People such as Lena Dunham and Tavi Gevinson have been instrumental in spotlighting victim blaming for what it really is; an unacceptable social default mechanism for the uneducated and optionally naive. I thank these woman and all others for working to highlight what is a devastating mentality that does nothing but create greater problems and reassure people that it is imperative to have a voice.

There is a facial expression that my family have developed specifically for this topic; it kind of looks like disgust and fear mashed together and is followed by an immediate change of subject. For a time my primary parent took the stance of, “I could never be totally sure what happened”, but at some point an overwhelming sense of anger and guilt must have taken hold, which was in turn incorrectly directed towards me. For years I felt like a puppy frantically running around the house just searching for a door, but all I got was walls at every turn. It was just too hard, too unpleasant, too long ago. “Why can’t you just understand?” I see them all wondering.

I recently found out that the perpetrator was serving a long-term gaol sentence for several counts of abuse to other children. Now I too have an anger like my mother’s and all I can think when I see my family is that they could have saved others. But it was too hard, too unpleasant, too long ago.

My anger is not that it happened to me, but that it didn’t stop at me. It’s easy to have your voice heard when you are powerful and well respected, but that same liberty shouldn’t be denied to others just because the topic of conversation might not be as popular as one of Allen’s famous plot lines.

For those seeking support over issues of abuse, Australia has several agencies in place to help you.