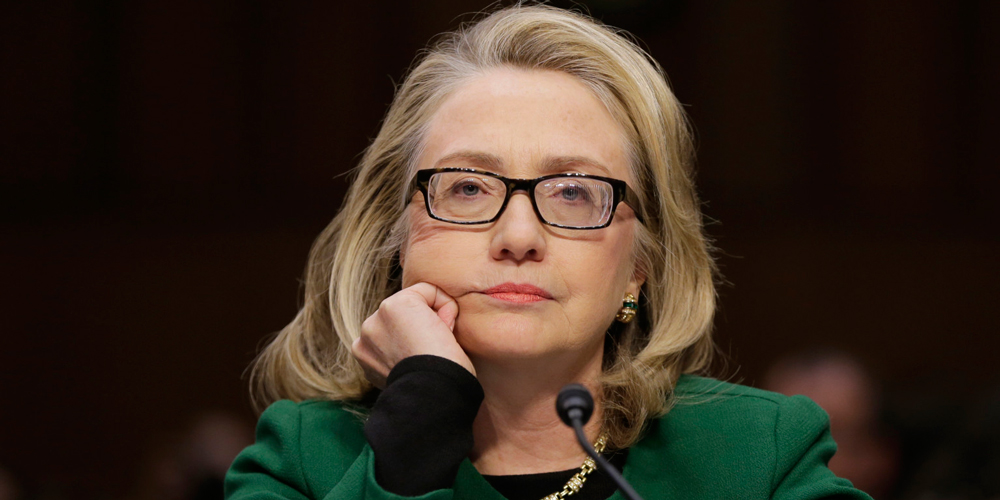 Being a big fan of Hillary Clinton in a family that loves to talk politics I’m often met at my parent’s front door with a pile of newspaper clippings. This week it was from the World section of The Age and after a week of revealing interviews and book reviews I expected something insightful about her much speculated over plans to run for president in 2016. Rather it was a grimey rundown of the rumours that have dogged her over the past decade. Although the piece by Nick O’Malley took care to point out that they’re largely Republican propaganda, it was shocking to see in black and white the number of schoolboy slurs thrown at her.

In 2014 a woman with presidential aspirations shouldn’t be news, but it is and that’s another article. What has stood out since Clinton made her interests clear is how distrustful people are over a female who has the gaul to cast off gender expectations in the attempt to break the highest glass ceiling.

From Karl Rove’s claim that a blood clot in 2012 caused the former Secretary of State brain damage, to the counterclaim she faked the whole thing to avoid testifying at a congressional hearing about the militant assault on the US compound in Libya that killed four Americans, she’s been a marked woman.

When Hillary shows strength she is a tyrant, her success as a defence lawyer is used as an argument for her being heartless and cruel. But if she shows a more sensitive side by expressing her enthusiasm for being a new grandmother people are quick to question whether she will abandon her aspirations to be with her family. Interestingly the focus of the grandfathers who have served as president has never been raised. On the topic of grandparents, at 67 her age is also a popular point of contention, something that didn’t bother the republican party with a geriatric John McCain.

Maybe the most eye-rolling claim artfully combines her apparent heartlessness and the obvious genetic weakness that is motherhood in suggesting Chelsea Clinton’s whole pregnancy was a political move orchestrated by her mother. Apparently a grandchild would make her more appealing. Who cares about decades of experience, apparently the American people are swayed by a nanna.

The larger issue at play here isn’t the rumours themselves, it’s that they’re products of a fear machine. One run by rich white men who can’t comprehend the a reality where a rich white woman would be in power. Hillary isn’t a Hispanic single mother, she’s an individual who has been groomed for office for generations, and aside from a chromosome of difference is a cardboard cutout of a presidential candidate. How can we hope for a future that includes diverse leaders representing a diverse population when the queen of the wasps is too challenging for the White House?

But more than anything the concern over her abilities mirrors society’s preoccupation with the “female condition”, the idea that a powerful woman must be a bitch, a lesbian, or somehow dishonest. And it’s something we see and carry into all aspects of our life. Clinton’s battle for power is the same as every woman who has had authority, be it at work, home, or on a global scale. We still struggle to understand a woman whose path is divergent from the one laid out by the same men who are blocking it now.

Trying to convince the world to trust in Hillary Clinton might not be on your agenda for this week, but on a local scale we should see this as a reminder of how our language and attitudes can feed a much more dangerous beast. By resisting the urge to cut down other women, and encouraging others to do the same we’re working to change a tide that is still pushing women down. And hopefully one day we won’t have female politicians in the news, we’ll have them in the White House.