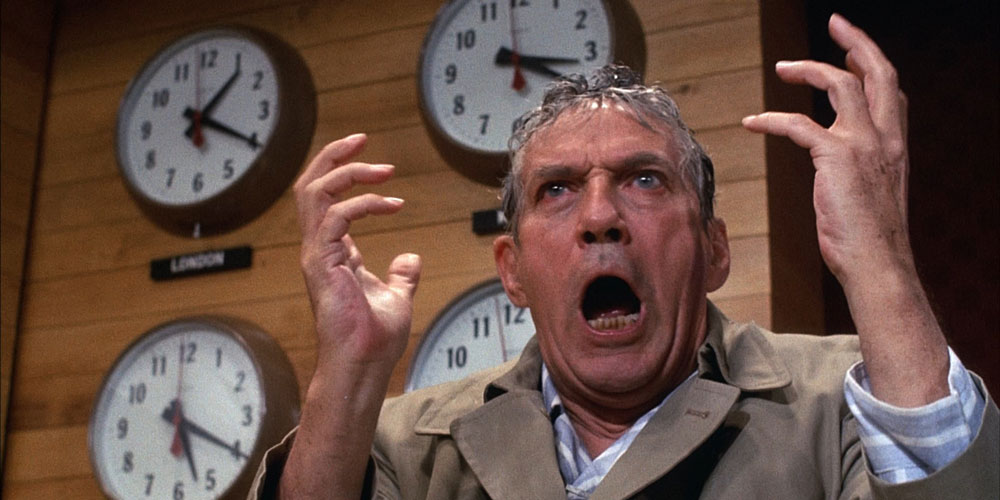 Journalist Claire Porter is a busy girl, and one we’ve been hoping would lend us her brain when she has a free moment. She very kindly compiled a (very comprehensive) rundown of all the best treats you can give your brain, and her 2013 media reflections.

Well hasn’t it been a terrifying year?

If 2013 hasn’t pulled back the curtain to reveal a shameful and terrifying reality, well then I want what you’re drinking.

If nothing else this year has proven that our political system doesn’t work, capitalism is flawed the justice system is corrupt beyond measure, and all in all we’re pretty powerless to stop it. Besides, we’re all too busy burying ourselves into a corner of the web to notice—hand picking our facts and news according to our world view, arming our feeds with with as much rhetoric as possible because facing the real combatants requires action on our part and we all have Jobs and Lives and Families to protect. Hey, dinner must be made and groceries must be bought and we’re just one person so here we sit in our little virtual corners of the web stuffing ourselves full of distractions masquerading as truth.

And they said television was The Great Pacifier.

The truth is, to quote Jeremiah Tucker: “We’re all blindly fighting each other for the choicest spot to perish in the cavernous black hole that is an uncaring universe,” distracted by smartphones and Facebook and clicktivism and online shopping. And YouTube.

Whoops! Get a grip on yourself woman. This spiral of dumbness cannot last forever and now is not the time for such rants.

I have compiled a list of things you must fill your eyes, ears and mind with to help take your mind off other distractions and help get your brain back on track.

Critical thinking, bubba, that will be your salvation.

Let’s get started. First we must detox your mind of all the processed crap you’ve been feeding your brain. Step one, get off the web. Buy a book.

If you’re in Australia, follow this with Jonathan Green’s The Year My Politics Broke. It contains a series of essays written during the year focusing on everything from what to do about political journalism when you’re part of the problem, to the legacy of sexism in this country and the true economic problems that Abbott is failing to address (namely, superannuation). It’s a terrific, informative read that paints a pretty accurate picture of this awful, awful year in politics.

Onwards to the great political writer of them all, Hunter S Thompson. In fact just do yourself a favour and read everything Thompson’s written in order. Start with The Rum Diary and Curse of the Lono.  Continue with The Great Shark Hunt, Hell’s Angels, and Fear And Loathing in Las Vegas, the “least factual and most accurate account” of politics on the campaign trail in the year of the Nixon election. Then comes Generation of Swine, Songs of the Doomed, Better Than Sex, Screwjack, Kingdom of Fear and then finish off with Hey Rube, his collection of musings on sport and politics for ESPN in the year leading up to his death.

Once you’re done with those then read The Proud Highway: Saga of a Desperate Southern Gentleman, a collection of letters written by Thompson to friends between 1955 to 1967. You really get an understanding of him as a human being and as a writer. It’s reassuring to know that words didn’t come easily for him either.

Okay, you’re allowed back onto the Internet, now lets not go crazy.

Benedict Evans has become one of my favourite technology commenters over 2013. His weekly newsletter has more than 9000 subscribers. Foursquare founder Denis Crowley says “it’s the only newsletter I read”. Not a bad recommendation for someone who was practically unheard of a year ago. Trust me your life will be better for subscribing, even for people who only have a passing interest in tech.

Photographer Paul Livingston captured every day of his life, up to and including the day of his death from cancer. There’s a nice summary put together by Mental Floss here but for the full collection visit the website.

Adulting is basically how to become an adult in 468(ish steps). Excellent advice for people still making the transition by Oregan reporter, Kelly Williams Brown. Her post on how to negotiate your salary is one of the most helpful pieces of life advice I’ve read this year.

The Year I Got Sick is the product of my talented friend and writer Talia Emsalem was diagnosed with a brain tumour earlier this year. Needless to say it spun her life into chaos. She’ s been documenting the year on Tumblr and it contains some of the best writing. It’s sorrowful and sad, and funny. She’ll write a book one day, mark my words. She also keeps a happier Tumblr, Captain Talia.

Amy Burvall is the incredible woman behind History Teachers, a YouTube channel that sets history lessons to pop songs. As well as reworking the lyrics to the songs and singing them, Burvall also stars in several of the videos dressed in period costume. To top it all off she started the project while fighting cancer. She said the videos helped her deal with the insomnia caused by her chemotherapy treatments. “I was up all night. I actually became really creative,” she said. “I wanted to channel all my energy into something positive and not dwell on the negative and so that’s when a lot of these songs were written — in the middle of the night, when I was going through chemo.”

Meeja is the place to find the latest in WTF news curated before anyone else has found it by Australian journalist Peter Farquhar. If you like Bees, Sinkholes and UFOs, this site is for you.

Australian writer Elmo Keep created Elmo Likes Things as a hub of very important articles on copyright, why digital publishing is a pyramid scheme, advice for writers and pictures of cats. Can’t really beat that.

I found I am begging my mother not to read this after reading this excellent “I’m a millennial, please stop being a douche to me”. It contains all sorts of hilarious and snarky things on politics, culture, the web and current affairs, amongst other things.

Hell I trust you so much after your bullshit detox, I’ll even let you have a slice of video.

If you don’t already know him, Ze Frank is a robotics engineer and video blogger from way back. I came across him when he was still running one of his very first video shows A Show with Ze Frank, a manic stream of consciousness delivered straight down the barrel of the camera. His videos are almost meditative.  He was recently acquired by BuzzFeed and now he makes all manner of excellent videos like Invocation for Beginnings and the Sad Dog Diaries. Ze Frank has every aspect of life covered with his video blogs.

Brave New Voices is slam poetry from inner-city youth. It’s really incredible what magic teenagers can create when given the opportunity.

Animated explainer videos about science, ASAP Science answers questions such as Can Stress Really Kill You? And What Happens If You Stop Sleeping?

The argument around Fake Geek Girls is endlessly interesting. Why is it so easy to condemn girls who are exploring new interests? And why is “nerd culture” such an unshakable patriarchy. There isn’t enough dialog on sexism in the comics and cosplay community.

Meet the man who had sex with a dolphin and wrote a book about it , I don’t think I need to add anything else to that.

The murders and the journalists. Read The Murderer And The Journalist first.

Amber waves of green Journalist Jon Ronson explores the ever growing gap between the rich and poor.

Now we are five. David Sedaris’ looks back on his family life following his sister’s suicide.

My Irritant, My Idol