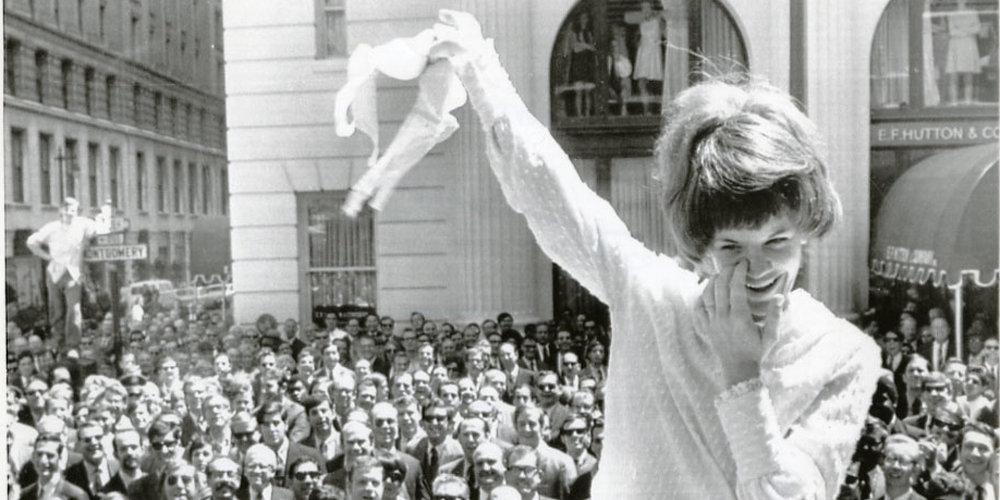 Five years ago, while living in London, I suffered a particularly bad week when in the space of seven days a carload of youths yelled violent obscenities at me while I walked alone on a dark street, a flasher exposed himself to me through my office window, and a drunk man thrust a £20 note in my face and demanded a blow job while I was walking up the stairs to my flat. The first incident had been scary, the second had been ludicrous and gross, but the third had left me positively shaken. As I recounted these things to my then-boyfriend, he was outraged and mystified. “That’s awful” he said. I agreed, saying it was a lot for one week. He looked at me, surprised, and asked how often that sort of thing happened. I paused to think. “Every couple of weeks, I guess”. Even more astonished, he took this information in. “Perhaps it’s because you are so attractive.” I was weirdly flattered by his response at the time. Despite this assertion that my attractiveness would expose me to this “attention”, I am no bombshell, and I doubt any of these men saw my face or figure anyway; all they saw was that I was female.

Every woman I know has had these experiences, in work clothes, work out clothes, and party clothes. My boyfriend was genuinely perplexed as to why this would happen with such frequency because this guy is not a jerk, he’s one of the good guys who truly likes and respects women. I thought about this conversation this week again while reading some of the stories under the yesallwomen hashtag. My boyfriend had no idea the frequency with which I felt fear and disgust and unease as I went through the world, and it was only when I stopped to take stock that I realised how wrong this never ending barrage is.

When I was seven, my best friend and I were walking home from school when a man, clad only in women’s underwear, tried to lure us into a bush by scattering the pages of a hardcore porn magazine in front of us like perverted breadcrumbs. I had already been told the facts of life but these magazine pictures involved no acts that would ever result in a baby. The spectre of a man wanking through lacy briefs had also not been covered in the birds-and-bees talk. Our seven-year-old brains could barely compute what we were seeing and we ran screaming home. This event kicked off what has been a steady torrent of threat and revulsion: last year on a tram, a man described how he would like to cut me up into pieces and throw me down a well. Last week a man on the bus stroked my hair from the seat behind me. I don’t know which unnerved me more.

These stories are the tip of the iceberg. I could tell hundreds of others, some that have happened repeatedly, like being chased by drunks telling me they are going to rape me, and the legions of insults that have been shouted at me by strangers over the years about my body and what they think I should do with it.

These are the things that make me clutch my keys in preparation to use them as a weapon, that make me stiffen and shuffle away when a man’s thigh touches mine on the bus, and why I always take my headphones out to walk from the tram stop to home when it’s dark. This constant vigil of self-defence has become such a regimented part of my armoury against the outside world it’s second nature, like looking both ways before I cross the road. Does every man I come across want to cause me harm or intimidate me? Of course not. The majority of men are good and don’t act in these ugly ways. However the ones that do though are such a loud minority that they put women in a perpetual state of flight or fight.

When I have had one of these scary encounters, I often think about the Wanda Sykes stand-up routine where she talks about the freedom that having a detachable pussy would allow – no need to worry about jogging alone at night, if anyone approaches you, you can just let them know you don’t have your pussy on you. I’ve always found this funny and true, it would take a level of fear away as the threat of vaginal rape is ultimately often what makes these situations so alarming. But there is more to it than that, there’s the dirtiness you feel when a stranger speaks or acts against your body that is an emotional violation that there is no protection against. As I live in a city, catch public transport regularly, and go out to public places, I can expect to experience these threats against me as a woman, because I’m just playing the odds of being a female in the public sphere. It doesn’t matter what you look like or how you dress, or where you are going or what time it is, if you are a female, these assaults against your gender will happen.

My female friends and I always text each other when we’ve been out to check everyone has gotten home safely. Do men ever have to do that for each other? When there is a string of sex attacks in our city, we warn each other to be safe, and the news spreads like a dark traffic report, though “taking extra care” in an area is made harder when you live there. While I recognise these warnings as an attempt at protection, it always riles me that the underlying message is, you’ve been told, now don’t get yourself raped by going out alone.

Why did this hash tag take off? It started as a response to the raw misogyny that bubbled up from the mind of a crazed killer. A guy showing me his junk on public transport isn’t on the same level of tragedy as young people being murdered, but it feels comforting to share these fears and know how common they are, even while it sickens. I am not usually one to extol hash tag activism, but I don’t think it is activism, I think it has been a cathartic exercise for many. It has made me add up all the times I’ve been scared or humiliated, and how fear has become a reflexive emotion without even realising it, and it makes me think yes, hell yes, all women.

It’s Our Birthday And We’re Having a Party!

This November we’re officially turning one, and we’re having a party to celebrate! This year has been such a fun/amazing/crazy/affirming journey we want everyone…