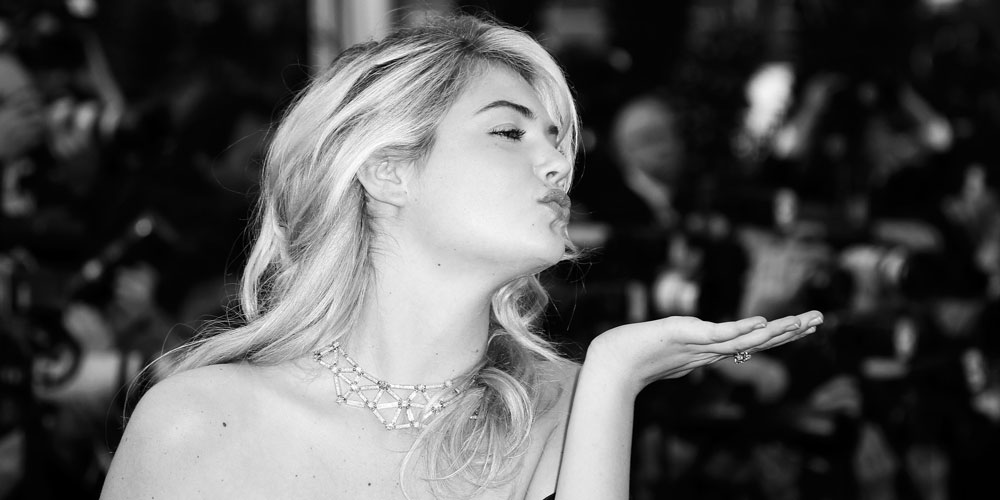 Since I was a teenager I’ve had it pointed out by men of all ages that I have nice breasts. I’m not nude every time it happens, sometimes I’m just at the train station so I guess the strangers that tell me are assuming this is a compliment.  I guess I don’t know what it’s like to see a young female with nice breasts and feel compelled to point this out. Because I, of course, don’t understand what it’s like to feel sexual urges like a male does.

Except that, I do. Everyone does. And what you should especially do when you feel such urges is to touch yourself wherever feels good. Masturbating is the best; I am not surprised at all that some men have declared that ‘The Fappening’ has begun over these nude photos being leaked. In fact I’m glad it’s not some leaked toilet cam footage that everyone’s psyched about. I sympathise for women who have this kind of thing happen to them so I’m just not turned on at the thought of these photos. Kate Upton’s photoshoot in zero gravity on the other hand…

‘The Fappening’ is a very block-buster term for what is just going to be a waste basket full of dirty tissues. Associating orgasm with material you were not meant to see is something I can’t help but think will become quite a hollow feeling in the long term. Which would be a shame considering all of masturbating’s benefits to your mental health. The problem of course begins when the obvious temptation of the material (celebrities naked, duh) overrides our moral impulse. I can’t see how we aren’t cheapened by leaks of private material. Jill Scott has explained that her leaked photos were a personal document of her weight loss, and as for the reasons behind everyone else involved, it’s really nobody’s business. The idea that women are careless enough to have a phone and so can’t be upset when someone deliberately seeks out to steal information from them is absurd. It’s the same justification to entitlement over and over. So have fun getting off on that, and may The Fappening be prosperous and endless for you.

Women of course understand things from the female celebrity’s point of view because being asked to be seen nude is a common female experience. Some men on the other hand, are baffled, because no one really asks for nude pictures of them. So they don’t always have to consider what it must feel like to have that kind of thing leaked. So it makes sense that their logic ends up at ‘women should be more careful.’ It’s a nice and complete agreement—cut the problem off at the most easily shamed source, and the one least likely to violently object. Relating from personal experience is the first thing you need to oppose this kind of ignorance. If there is very little empathy or even sympathy there from the beginning,  any kind of understanding is still a long way from fruition.

In response to what is becoming a very asinine conversation to explain basic human courtesy, Playboy has come out with a ballsy suggestion as to how men should approach the leaked photos – ‘Just be a gentleman’. Their message cuts straight through suggestions that this is an internet age problem, fixable only by seeing some wider perspective of our new technological culture. Nope, some males just need to respect women’s privacy. Leaked photos are for gossip rags, if they’re from someone’s phone they’re probably grainy and bad quality too. Playboy and similar men’s magazines on the other hand are in the business of creating a fantasy for anyone who wants to indulge in it. Fantasizing is part of exploring your sexuality, and also the difference between a photo shoot with a celebrity for a men’s magazine and the leaked photos. Magazines like Playboy are creating the titillation for you so you can project your own sexual desires back. A leaked photo is hardly a substitute. You probably have to find them on some forum with a thousand ‘would bang’ comments directly underneath, along with links to Pterodactyl porn.

From the first issue of Playboy with Marilyn Monroe on the cover, the magazine has sought to erase the notion that sex was dirty, that it was better when you went into it with a comfortable attitude even. Understanding that what society decides for you doesn’t need to apply is part of experiencing your own sexual revolution, it’s a very liberating feeling when you find what you enjoy and are encouraged to indulge in it. In contrast, a leaked photo, something that is a cause of embarrassment for another human, that’s not sexy. The big warning bell here is that it even needs to be justified to look at. The thing is, the justification for invading a celebrities privacy is really only beneficial for media outlets. Someone’s making money out of it, and your sexuality is getting stuck at ‘well, I like boobs’ because of it.

Women can’t always be the ones lumped with the blame when men have sought to take advantage. Just because they appear to be not having a mental breakdown doesn’t mean that inwardly whatever really makes a woman beautiful isn’t getting crushed. For all you know, a deeper attraction than the physical is what you’re looking for on Tindr or Reddit. Playboy has come out as the surprise white knight in this situation, and it’s surprising that a publication in the business of getting guys to masturbate is the one telling guys they shouldn’t in some instances. Playboy at least understands that where there is a male that wants to see a female naked, there should also be a female who wants that males gaze. That’s not something you need to imagine either, women do like that, of course. That’s why they take nude photos. Men are meant to think of sex every seven seconds or something, so if you want to engage with a male, there’s a good chance eventually nudity will have to be involved…right? I have a good inkling that that notion is just as false as the one that implies women are careless and deserving of personal intrusions though. It never serves to make assumptions, but for some reason it’s assumed men can’t help but want to look at any naked woman given the chance. I think they can behave better.

If a pornographic magazine needs to point that out then it’s clear the dialogue between the genders has become an imitation of trying to talk over loud music in a club. If men are going to block their ears when women point out they have a right to privacy, then what is sexual revolution even for? It can’t be so a demonic pop-up ad appears when you’re looking at porn online. It’s meant to involve physically touching another person, it’s also doesn’t necessarily have to end in orgasm. I know that’s the rush we’re all chasing but there’s more for you to find out. I think part of sexual revolution was also so females could show their bodies to whoever they want to see it. The sight of a naked body is a turn on, but it will always feel better when that body has consented for you to think of it.

Earlier in the year, a Sydney based t-shirt brand called Local Girl Gang popped up on my Instagram trawls. ‘Cool, a new feminist upstart to…