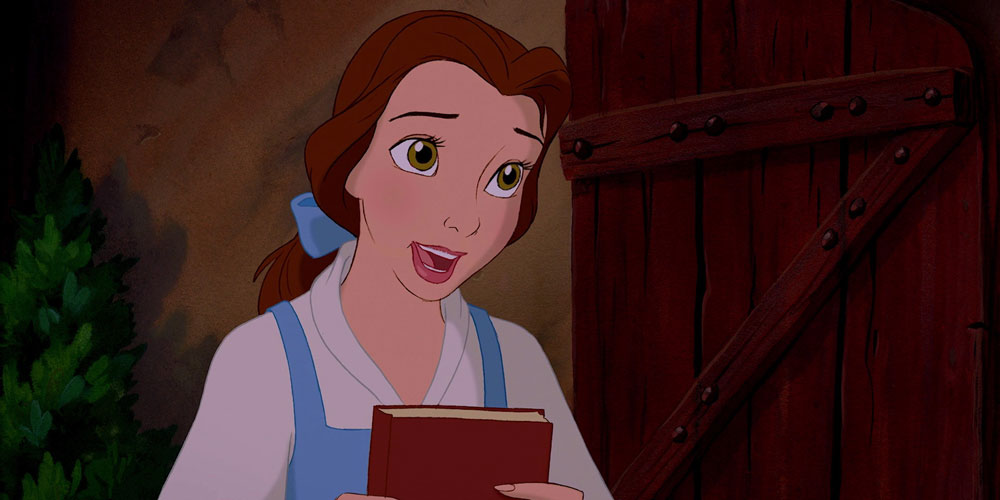 I have a confession: I love Disney films. Not the next-gen feminist ones either, okay I like those too, but I’m talking about the 80s and 90s full blown pastel coloured romances. I love Ariel and her willingness to sacrifice her physical self and her tail—there is so another essay in there—to be with her man. I love Jasmine and her inability to register how privileged she is. And and love Nala and, actually wait, they didn’t even really bother giving her a storyline at all. But on recent re-watching I realised that one of my all time favourites wasn’t as embarrassing as I assumed.

Disney’s 1991 version of Beauty and the Beast is often dismissed as being a message of staying in an abusive relationship and a love letter to Stockholm syndrome, but give it a moment and you’ll see there is a lot more going on here.

Right from the get-go Belle is different from her predecessors. Up until now all the Disney female leads were enamoured by a man, weak, downtrodden, and slaves to love and circumstance. From her first moments on screen it’s obvious that Belle’s first loves are family and reading. She is pretty but hardly makes a show of it, and when Gaston, a man that previously could have been seen as a perfect Disney prince—rich, popular, physically dominating—turns up she brushes him aside as the pig that he is. She doesn’t need any man, after all, she has her books.

But although she is content within herself, she’s hardly content. Unlike her predecessors who seem happy to walk around singing to birds, Belle is discontent and knows her brain means she could have more than her simple village life. Again when Gaston makes it clear he would marry her in a second she doesn’t see liberation through love, but rather shackles and oppression.

Now obviously I’m not saying she’s the second coming of Eleanor Roosevelt, and the film is still an 84 minute journey to find a man, but the focus on her intelligence and independence is impressive for an early film of this sort.

This brings us to the Beast’s role. Although obviously her captivity is an issue, it was the early 90s we can only expect so much, but the physical transformation is interesting as it’s not hers. She’s not given a makeover and told she must improve herself, but rather her good qualities—strength, kindness, and perseverance—transform the man and both force and liberate him to be better.

In a lot of ways it’s the perfect early 90s exploration of the Sensitive New Age Guy. With a woman’s encouragement Beast transforms and emerges from his brutish, muscled, bullying 80s representation of a man into a gentle, loving, and kind 90s version of Mr right.

Finally a lot is made about her supposed imprisonment in the story, but remember she chooses to stay and act as a sacrifice to save her beloved father. Rather that cast her as a victim, I’m always surprised more isn’t made of her early role as a hero and a saviour, a role that is obviously traditionally given to the male. And remember she didn’t save one man, but two. First her father from the beast, and then the beast from himself. In fairy tales the transformation is often reserved for the women, she’s always the one with some fault. Whether it’s Cinderella’s rags or Sleeping Beauty’s narcolepsy, the woman is flawed. But not Belle, she’s flawless from the beginning, it’s about the man undertaking growth and change to deserve her.

Earlier in the year, a Sydney based t-shirt brand called Local Girl Gang popped up on my Instagram trawls. ‘Cool, a new feminist upstart to…