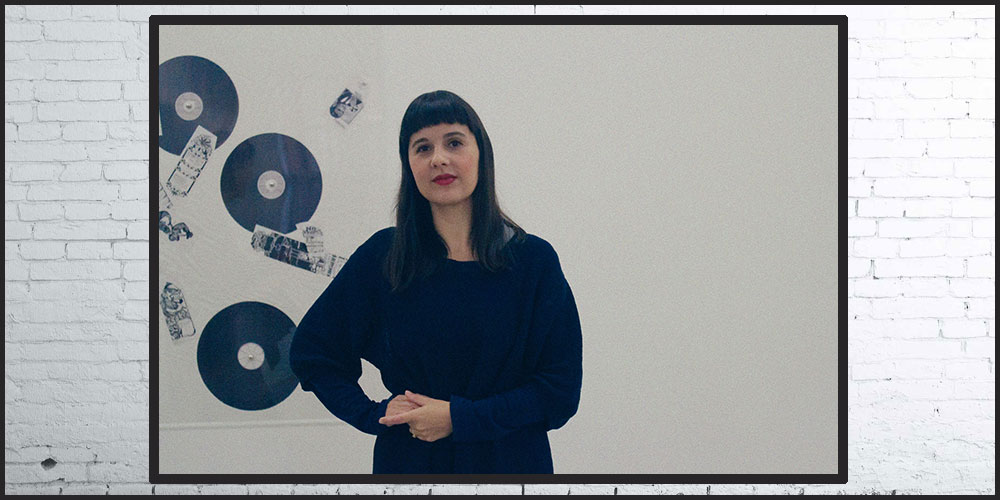 It’s no secret that many industries are dominated by men, but the art world is unique in at the majority of staff in our countries galleries are women. In almost all of Melbourne’s leading art institutions—commercial and public—women outweigh men in administrative and curatorial roles. Contrarily though female artists are scarcer, with most artists featured in major exhibitions and recipients of art prizes being male (according to CoUNTess the NGV’s recent Melbourne Now featured 14 male artists and 8 female).

This series asks a handful of the key figures for their insight on the role of women in Australia’s art industry and how they navigate engenderment in these white-walled spaces.

First up is Melissa Loughnan, founder and director of Melbourne’s innovative Utopian Slumps. Loughnan recently announced a move to Anna Schwartz Gallery, but prior to her new role she has made a name for herself in the gallery she opened in 2007. Working with a range of hyper-contemporary emerging artists among other curatorial projects, Loughnan embodies the next generation of Australia’s art world. Presenting a blend of curatorial ambition with business acumen, a brand that seems to define a new generation of women in art world.

GGG: How do you see the art landscape at this time? Are there defining features, trends or overriding perspectives that you observe?
Melissa Loughnan: At the moment there are changes afoot in the commercial art world—the next generation is coming up. It will be really interesting to see which artists will come to be considered the new tastemakers over the next decade. In terms of artistic production, with the accessibility of websites like Contemporary Art Daily and magazines such as Artforum, and international travel becoming easier and more affordable, artists in Australia are generally more connected and are forming part of a broader dialogue. One of the main motivations for instigating Slopes with Brooke Babington and Helen Hughes was to curate more international artists into exhibitions here in Melbourne, which will hopefully assist in Australia playing a stronger part in future global art dialogues.

So there is a strong geographical element for you?
Yes, I think we’ve had a complex relationship with provincialism in Australia; our population is large enough for the art market to be self-sustaining without artists being fuelled by a need to step outside of this. In this respect New Zealand is in many ways more dynamic, it’s smaller and many artists are compelled to go overseas so that they can feel as though their practices are part of a bigger conversation. Whereas in Australia—without trying to sound too cynical here—you can be a decorative painter and have a comfortable career. However I think these times are changing.

Where do you see yourself positioned as a facilitator in the art world?
My trajectory has been interesting because I started opening a not-for-profit gallery and never really planned to be an art dealer, I just wanted to curate shows. But when I opened Utopian Slumps in Collingwood I found it quite difficult to survive financially. I was running a hybrid space which didn’t fit the mould of a normal ARI. So I went commercial out of necessity. My trajectory has been a little different because I have evolved into the role of curator-dealer.

So it’s more creative?
My role is creative as I am involved in facilitating artistic production. What I‘m really rewarded by is helping to manage artists‘ careers, being a part of their career trajectories as their dealer, and having an extended dialogue with artists who I don’t directly represent through my curatorial work.

What are some of the formalities you observe in your role and the gallery space as a workplace?
On a basic level, every four weeks we have an opening, so changing over exhibitions and hosting events is a regular routine that we observe. Utopian Slumps’ operations aren’t necessarily formal—they are certainly not rigid or institutional—and many of my relationships have been built from or into friendships. I have some amazing collectors that support the gallery, that are dedicated to following an artist’s career and collecting across the lifespan of their practices, rather than merely collecting to furnish their homes. For me that’s really rewarding, and an aspect of the commercial art world that I truly enjoy being a part of.

How do you look the part for your job?
My look has changed since shifting Utopian Slumps from not-for-profit to commercial. When the gallery was not-for-profit I would wear jeans and sneakers, and pretty wild outfits to the openings. There aren’t any rules when you are self-employed, but shifting to a commercial gallery model has meant that I have tried to professionalise my appearance, whilst still within my realm of comfort. I wear a lot of PAM now, which is the label one of my artists, Misha Hollenbach shares with his wife Shauna. So in this way my clothing can extend the conversations within the gallery as well.

I think it’s interesting that many curators, or editors have a sort of pre-determined look or style that becomes a uniform, I was curious if you approached dressing in a similar way?
Yes, Anna Schwartz has an amazing way of dressing, she wears a lot of Japanese fashion; Robert Nelson is well-known for his bow ties; and at an international level Pearl Lam is extremely unique; and Knight Landesman, the publisher of Artforum, is celebrated for his colour-blocked suits. I do think the art world gives you freedom of expression, and you feel  that you want to be an artwork yourself, and that’s kind of the fun of it.

On the subject of self-presentation, I wondered what sort of power or presence do women have in Australia’s art world? Why do you feel there is a particular prominence of women in curatorial, managerial and administration roles in the industry?
When I did my Masters of Art Curatorship, about 80 per cent of the students were female, and it does tend to be a very female-oriented career path. The commercial art world is quite female-dominated with many of the established dealers: Anna Schwartz, Roslyn Oxley, Jan Minchin and Irene Sutton, being women. Then there’s Juliana Engberg, who’s a hugely powerful figure in the art world in Australia, curators Charlotte Day and Alexie Glass-Kantor, and younger curators and art world figures such as Brooke Babington who is Director of Slopes, and Helen Hughes who publishes Discipline magazine. As a generalisation, however, it is often men who are the directors of institutions, and women in curatorial roles. I hope that this shifts in the future.

Yes and I have had a lot of conversations with people about this. Partly the ‘female condition’ and pressure of motherhood comes in to play; I also think industry disadvantages and precedents of male success discourage female artists from taking the same risks their male counterparts might feel more supported in doing so. More women will often tend, even if they study art and have a started a promising career in the art world, to pursue a career in a related field such as teaching or arts administration, than to focus solely on their practices, perhaps due to the inherent risk involved in being an artist. Also, if a young female artist stops to have a family, that often marks a big interruption in her career just as she might be starting to make a name for herself, which almost necessitates another re-emergence once her children have grown a bit older.

I curated an exhibition with Helen Hughes in 2010 that attempted to address some of these ideas—”Discreet Objects”. This exhibition looked at feminist or feminised inversions of Minimalism, which is historically considered a masculine art movement, and in which we selected minimal works by contemporary female artists. I think this is an important conversation to take place and to continue taking place.

Even though women have a strong presence in the art world, I can’t think of one female director of a state institution. It seems like when you get up to that senior level of power, at a government level, that there’s less women around. But I do think that will change in time.

It’s also interesting in terms of art “trends”, the current popularity of post-feminist discourse in art and curated shows. I’m thinking of artists like K8 Hardy, Wynne Greenwood, Bernadette Corporation, does this influence the Australian market?
Yes the “lipstick lesbian” and the “new feminist” or “post-feminist” are relatively recent terms. Women are no longer burning their bras, they’re making the statement that, “I can be feminine and I can be powerful”. I’m personally a huge fan of those artists, particularly K8 Hardy and Bernadette Corporation (although that collective is comprised of two males and one female). In fact I’m hoping to curate them both into an exhibition next year—which I do hope will have a direct influence on the Australian market!

Why Are We Fighting Over Emma Watson’s UN Speech?