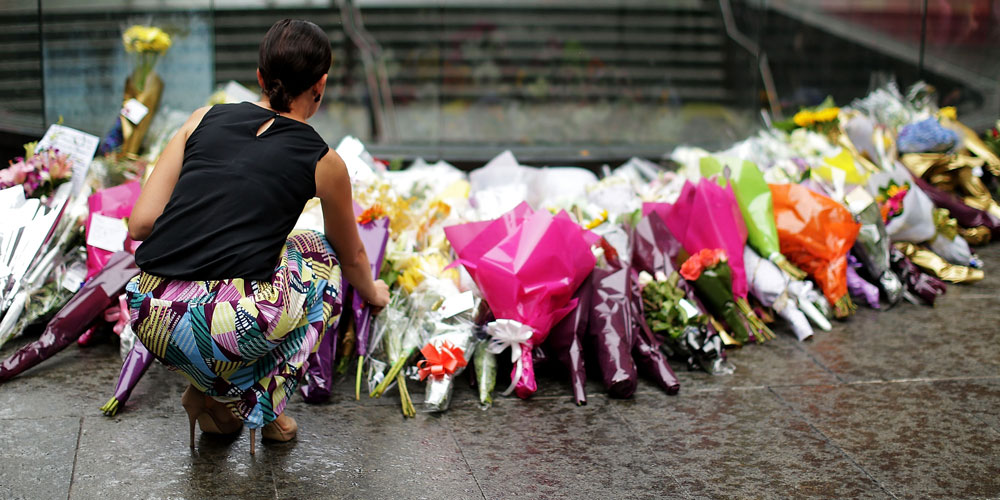 Last week two people close to me were affected when someone they cared about lost their life as a result of domestic violence. For one American it was a university friend whose boyfriend shot her in a fit of jealousy. We spoke first about his anger over his country’s gun control laws, and then for much longer, and more solemnly about the fact that an educated, confident, well-connected woman was killed by her partner in 2014. It felt so archaic and random I struggled to think of something to say. All I could come up with was I’m sorry, and I was devastated that it was an issue women still needed to worry about.

Later that week Phoebe Handsjuk’s death was ruled as an accident. This case is admittedly murkier but it always made me uneasy. The story didn’t quite line up, and everyone seemed so hurried to stress her supposed mental health issues. Reading the articles I wondered why a “crazy” woman was so much more palatable to us than a violent  partner. It bothered me that a lack of evidence ruled out foul play, but the simple mechanics of her death made so little sense and was continuously glazed over. I found out later another friend knew and cared about her, she took to social media exhausted and angry by the ruling.

All last week the events played on my mind; I thought about Mayang Prasetyo, Lisa Harnum, and Warriena Wright. Even though in these cases their killers were brought to justice it was all too late. Behaviours were observed that weren’t reported, and the women lived through waves of abuse before their lives were taken. I don’t know their individual situations, but I ached to think they didn’t feel they could speak out or leave. And I was angry that our society still produced men who get this far in life believing their behaviours are acceptable; who act in ugly ways, and eventually they kill someone, just for us to say we can’t believe it.

I kept returning to the thought that we are so interested when they’re bodies, but had less time when they were people. The media eats up a story of a domestic abuse death, but is oh so quiet on the day-to-day realities of violence that are less salacious but just as terrifying.

Then yesterday and early this morning Sydney and the rest of the country came to a stand still as Man Haron Monis took 17 hostages and two lives. Like most of the country I watched it unfold, obsessively monitoring live updates, and reading everything as it came out. Soon people began discussing the gunman and it became apparent that he was on bail for an alleged role in the murder of his ex-wife Noleen Hayson Pal and there were as many as 50 allegations of sexual assault against him and one charge. In 2002 he was a self styled “spiritual healer” who prayed on women. He was set to appear in court on the murder related charges in 2015. At which point he would have been a documented threat for 13-years.

So many women loose their lives to violent men who have pasts that weren’t treated as urgent matters, and every time you wonder how things would have been different if someone had acted. If the law was harsher, or at least faster in their processing. Every time we wonder what it would take for us to consider dangerous men as the liability they clearly are.

Early this morning two people lost their lives, others were injured, and a city was brought to its knees in an act so shocking it will forever change how we think of our own country and our safety. It was because of a man, with a violent, predatory past who wasn’t taken seriously. We always ask what will it take? Surely we can’t take anymore.

One of the best things about GGG is getting submissions from girls on the other side of the world. When we were sent “Selfie…