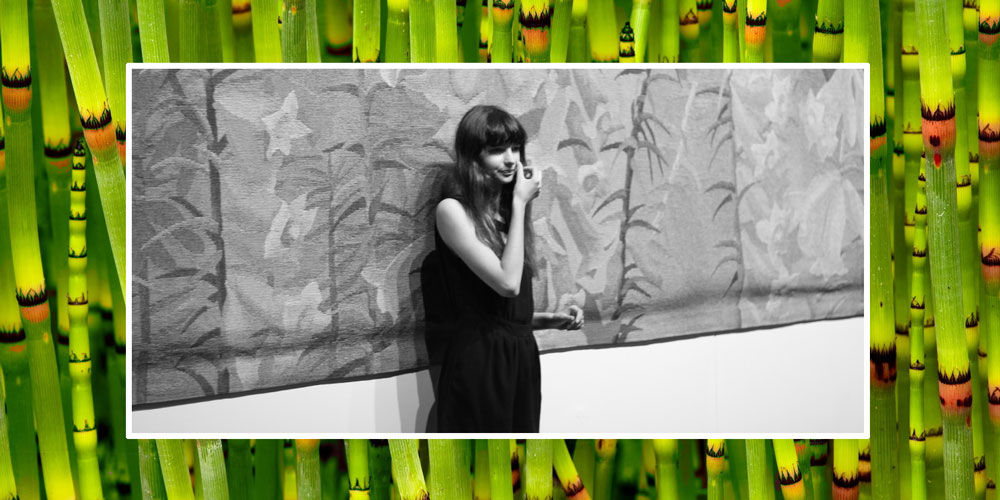 I don’t know about you, but when I was a teenager my life revolved around trying to acquire Passion Pop and rolling my eyes at my parents. Maile Shanti is obviously light years ahead of me. Maile is currently crowd funding to launch her achingly cool magazine project Accidental Discharge, a mag that wins our 2015 Cool Project and Amazing Title awards. We chatted to the baby Gloria Steinem about how it’s all going and what’s happening with “kids these days”. We have to say, chatting to her made me feel super positive about how amazing teenagers are.

GGG: Why start this?
Maile: I was sick of reading magazines based around “getting the perfect body”, giving girls the impression that the only things we want to read about are sex, pleasing the male, and getting Brazilians. My philosophy teacher said to me once that  magazines are actually a reflection of society. So I wanted to create something that could reflect on the society I have around me: Wonderful girls and boys who want to help influence and change the world.

Cool teacher. What did you feel was missing that you wanted to create?
I feel like my whole child and teenage hood could have been incredibly different if I had been reading a monthly issue of something like this, rather than Dolly, Girlfriend and later Vogue and Marie Claire. Although magazines such as Frankie, Russh and Oyster have influenced me, I still feel like they are to focused on fashion.

What’s been the biggest surprise with this project?
Probably the amount of girls who have taken interest in this project. Also, the amount of beautiful women I have met throughout my process of starting this magazine. I totally didn’t expect everyone to be so interested in what I was doing, interviewing girls like Lina Esco (founder of Free The Nipple), Scarlett Stevens (of San Cisco), Roslyn Campbell (of Tsuno), Grace Forrest (of Walk Free), Ollie Henderson (of House Of Riot) and Twins, No Frills. It’s been such an amazing opportunity.

Leading on from that , who inspires you?
I have so many different inspirations towards this magazine! Tavi Gevinson is definitely a major inspiration. The whole of Rookie in fact, just having this little online space to go and feel completely comfortable is such a radical thing. She is the coolest chick.

Also, Petra Collins artwork has been really inspiring to me. On top of that think my biggest inspirations have been all the girls around me in my community. I am from Fremantle in WA and it’s a small little town, everyone knows everyone. It’s great, I love it and all the girls I have met and keep meeting really inspire me every day to keep going with this.

When people come to this publication, what do you want them to find?
I want people to find something they can read and identify with. Something to make them laugh, cry, inspire. I have kept it as diverse as possible and left room for all different types of people to enjoy. That’s been the biggest thing for me, that the pages all have their own beautiful aesthetic and that each one can appeal to a variety of readers.

Do you think feminism is a big topic in teenagers?
It’s really hard to tell! I think Feminism has, in the past few months become such a larger topic. But also sometimes I feel quite sheltered because in my little bubble of friends we are always discussing topics like feminism so it’s never felt like something out of the ordinary. I think that you’ll find most teenagers have a lot to say about it, you just have to encourage them to start speaking and thinking. And that’s really what I am trying to do through Accidental Discharge.

Maybe a better question is, do you think teenagers have the same relationship  to feminism as girls in say the 90s during the riot girl movements?
No and yes, I am terribly in love with past eras and how youth culture affected them. You can either focus on the positive or the negative. I know because I am so involved with it that there are teenagers around the world saying something. But it just feels like nowhere near the amount that it use to be. I think a lot of girls and boys have stopped talking and have just kind of accepted. It’s really sad, that’s why I wanted to start this, to raise awareness’ and to create something like the riot girl movements, which were really rad.

Tell me about the amazing name.
Accidental Discharge is kind of a funny name, that makes people feel a little bit uncomfortable but also a little bit interested—which was my main aim. I originally wanted to call it something along the lines of Discharge, as it’s something so natural yet you never actually hear anyone say or mention it. “Accidental discharge is the event of a firearm discharging at a time not intended by the user.” I Googled Accidental Discharge when I was playing around with names and found that definition. It kind of stuck with me because I think what I am doing was really unexpected to both me and the community around me, it’s kind of like explaining how I just stumbled upon this idea of the magazine and now hopefully it will explode into something bigger.

Do you think teenage girls are fairly represented in larger media and culture?
No! Teenage girls in media are two-dimensional: moody, only interested in clothing and dieting. I want Accidental Discharge to fairly represent us. I use to struggle so much having bad skin days or getting my period and needing to buy pads in front of a boy—all these really natural normal things that girls have to keep secretive. It isn’t fair and it’s not represented at all through media. We are shown to be flawless and bitchy. It’s so unhealthy and also it doesn’t actually identify with any teenage girl.

It is weird how everyone is obsessed with the moody girl. I wasn’t moody either. Is it a good time to be a teen girl?
I think we are actually really lucky now because in past generations girls didn’t have access to online groups to connect too. We also are able to have more of a say and feel confident about that unlike in say the 1970’s. But, we are also all stuck under a “beauty myth” and it’s getting way, way worse. If girls can identify as feminists now they are lucky. But all the girls who aren’t even aware of this are in a more dangerous time then ever. I have seen so many friends struggle with eating disorders and feeling crap about themselves every single day. I have felt like that some days too. In that way, it’s also the worst time to be a teenage girl. We have never had so much access to edited altered images of women’s bodies. So with the good of online media, there also comes a major backlash.

If you could tell your 13-year-old self anything what would it be?
Don’t listen to those girls teasing you about having hairy armpits, flaunt it. Don’t start to worry about what you are wearing or what girls are saying about you. I’d tell myself to follow exactly what I wanted to do and never ever be embarrassed about who I am. I wish I could have told 13-year-old me that, it took me a very long five years to figure it all out.

Hairy arm pits are the coolest

If you want to bring this amazing project to life donate to their Pozible page!

Thursday Sunday is the dreamy fashion line from best friends Mara and Iris. Since 2009 they’ve been making easy effortless pieces for cool girls…