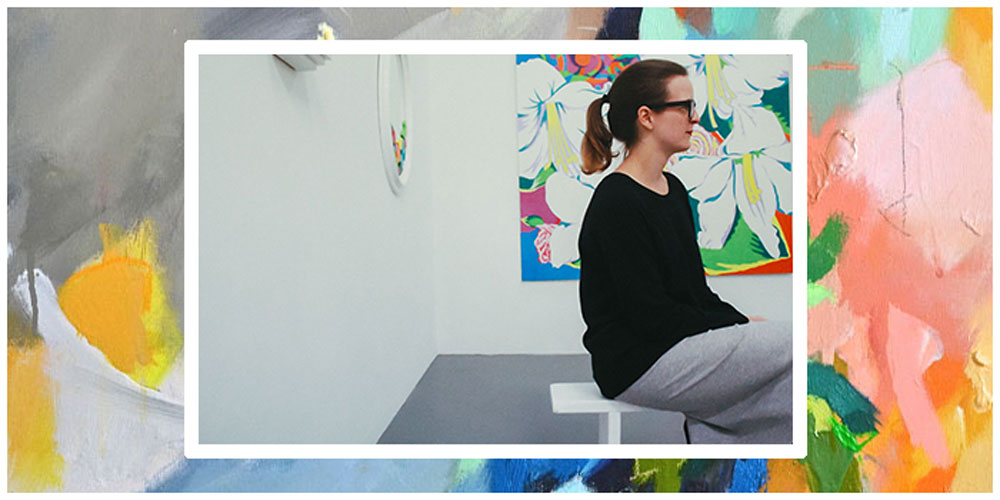 For the second in our Gallery Girl series we speak to Daine Singer. Nestled in the CBD, Daine’s namesake gallery opened in 2011 and is now home for contemporary artists like Minna Gilligan and Zoe Croggan. Singer’s extensive experience as an independent curator in the commercial art world has ensured that the gallery always has a curatorial focus, but as founder and Director, Singer cultivates a 50/50 split between male and female artists, a decision she feels necessary in the current art climate.

GGG: How do you see the art landscape at this moment?
Daine Singer: Melbourne’s art scene is vibrant and diverse, there’s an amazing amount of art galleries and a real strength in supporting young artists. While the market is generally tough, Melbourne is a great place to be an artist or gallerist because our art scene is small enough to foster community and big enough to provide opportunities for artists to show and sell their work. We’re also quite insular, since we’re a long way from the rest of the world, so mostly we have to be self-sufficient as a market here. People have a belief that the art world is competitive and pretentious, it can be, but our community here is actually more supportive than you might think.

Yes, to me people seem quite open, it isn’t a pretentious industry here.
We’re all pretty approachable! For commercial galleries now, particularly the newer generation, none of us want to be inaccessible spaces, we’re all pretty keen to be active and involved with the art world and our clients. The galleries I like to frequent are all lots of fun though they take their art seriously.

How do you see yourself as a facilitator in this landscape?
I see myself firmly in my artists’ court—here to convey their work to the public in the best possible light and create the best opportunities I can for them. For me, it’s about creating great exhibitions and opportunities for my artists.

What are some of the formalities you observe in running a gallery space?
It’s much less structured than it used to be, and it’s in flux. The role of the Internet is naturally more important, but having a physical presence is still crucial. The art world used to be very rigid, you were either commercial or public, and people didn’t cross over. My generation has seen the traditional barriers between the public and commercial art worlds lessen. There’s also more crossover between curating and dealing and a much greater variety of commercial galleries. Attitudes have changed about what commercial galleries need to look like and do.

Within this context, how do you look the part for your job?
There’s a lot of focus on the way female gallerists look, so I can’t ignore my appearance, but I am lucky because owning my own business gives me quite a lot of freedom to wear what I like.

What sort of power do you think women have in the art world?
One area in the art world that I think women do dominate is as commercial gallery directors, but elsewhere it’s quite imbalanced. Particularly in commercial representation, where the money for artists actually is, there are fewer female artists. There is roughly a 50/50 gender split in artists showing in ARIs, but male artists dominate the shows in our large institutions. The more money that is changing hands, the more likely the money is going to a man. The median creative earnings for female artists in Australia is half that of men.

On the administrative side of the art world, the cohorts graduating from art history and curatorship are mostly female, which continues in the more lowly and middling admin roles, but the higher profile directorial and curatorial roles in public galleries have a disproportionate number of men.

As a director, do you consciously keep a balance between male and female artists?
I do feel that I have a responsibility to do what I can to address the imbalance and have spoken up many times on selection panels to ensure women aren’t being overlooked for shows or grants. My gallery represents women and men in equal measure. The gender ratio might fluctuate a bit but I try to maintain my awareness of it. Sarah Scout Presents is the only other commercial gallery I know of which addresses this gender imbalance.

It’s interesting to look at the reasons behind this imbalance, do you think there is an element that women are more risk-averse than men in these roles?
Yes maternity leave does make it harder for women to take risks. Since this doesn’t exist if you’re an artist, or even if you’re working in the arts, a lot of successful female artists have partners playing a support role to them.

So it’s a reversal of the traditional gender roles in a way?
In the work they make, it can’t be said that women make less artistically risky work. There are added challenges for female artists that contribute to the imbalance, and make it more difficult for female artists to take risks – in particular motherhood and the burden of domestic responsibilities. There’s no paid maternity leave for artists and many artsworkers which means that many fall away from arts practices when they have kids. I’m grateful for the progress feminism is making here but the art world is still far behind many other industries.

For me, I decided to take the risky step of starting my gallery after I had a child and I probably wouldn’t have decided to start a commercial gallery so soon otherwise. After becoming a parent it became more important for me to be doing work I found fulfilling and flexible if it was going to be taking me away from my daughter. So sometimes being a parent can push you to take a risk.

Myspace is our new series where we explore the creative spaces of the people we admire, and look at how we shape our surroundings…