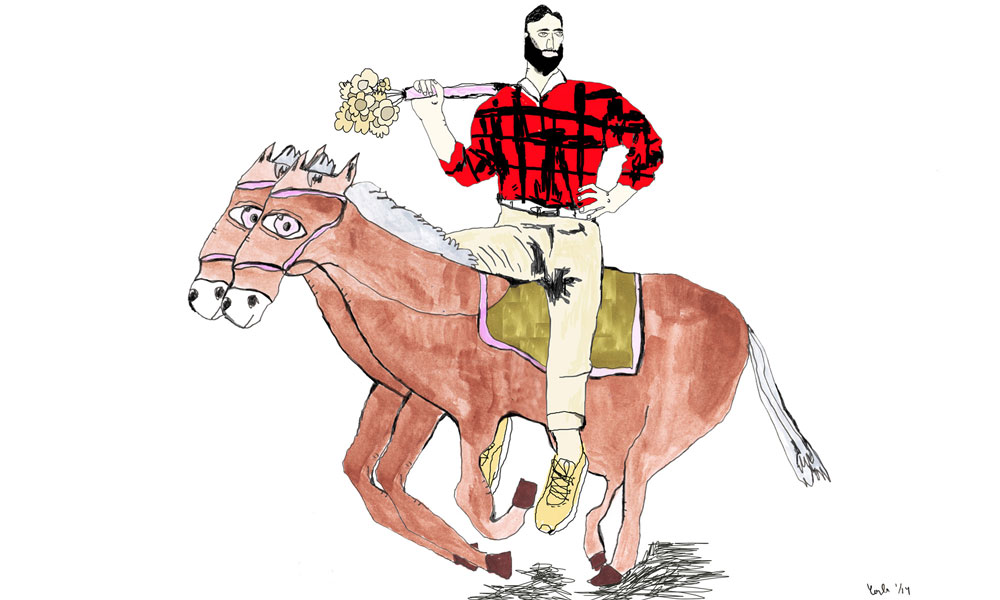 There is something strange going on in Australia, it seems that every boy around is going through some form of secondary pubescence. Apparently when everyone took that step from boy to man oh so long ago they didn’t step quite far enough. And all the computer game playing, cereal eating, IKEA stressing guys that I have loved and lusted after for the past 10-years are disappearing. Suddenly everyone is a man, not just any man, a man’s man. If you’re not splitting wood, working up a beard, and hand crafting your own shoes you may as well forget about it.

In the past year our cities have begun sprouting boutique butcheries and DIY centers; magazines are dedicating pages to growing your own organic tomatoes in vintage suitcases, and everyone is feeling pretty happy with themselves.

It’s cool that you guys have something going on, but as a girl, and note I said a girl, not a woman; I take issue with this. I have a feeling I speak for a lot of girls confused by boy’s sudden fascination with horn rimmed glasses. For all the homemade furniture that is flooding our relationships, there has been no notable rise in guys who on the inside aren’t total children: guys who turn up when they say they’ll help you move, don’t blow off their mates to get balls deep, and who aren’t terrified of your dad. Fuck that Japanese water feature you made, just be polite to our friends.

You know what makes a man? Not giving a shit about other guys thinking you’re a man, just being yourself. So what if you’re getting close to 30 and still lose your shit over the newest i-Pad? At this point, just fucking rep it. Being yourself is the hardest thing you’ll ever have to do. Doing things just because it’s the right and decent thing is a total ball ache but it will get you laid more times than you think. Getting into a pissing contest with your mates over who can cure a ham will get you into a pissing contest with your mates over can cure a ham.

Girls want guys who are manly enough to open their mouths and close their toolboxes once in a while. No I’m not saying start writing sonnets—which is a thousand times worse—but saying: “I’ve got your back” is always nicer to hear than a handmade armoire is to see. Guys, we’re all in the same boat, everyone is just trying to be a better grown up than their parents, you don’t have to plant a birch forest to do it. Trust us, we’ve liked you the way you were for this long, you must be doing something right.

Beyoncé Is The Feminist My Mum Raised Me To Be

A couple of weeks ago we ran a piece exploring some issues we’d had with Beyonce’s new album. In true GGG style the article…