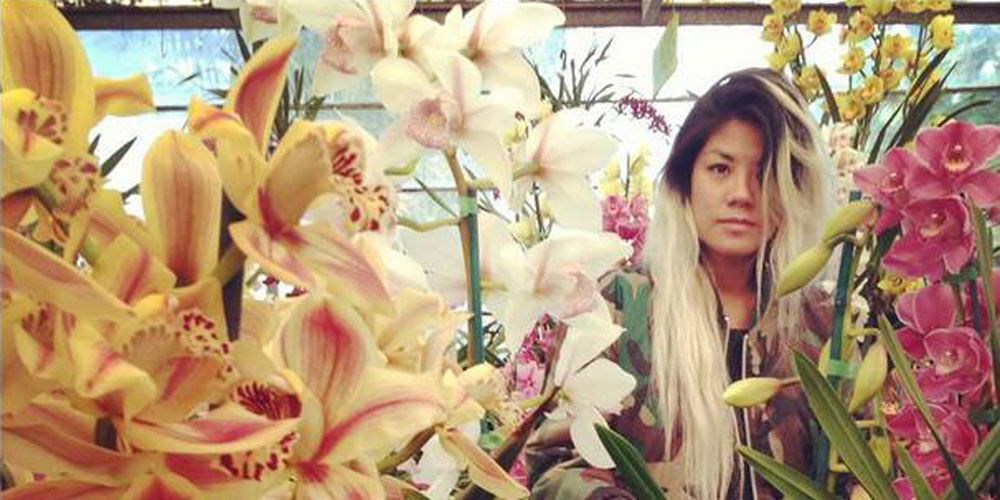 Larry Leong is a stylist and DJ, but not in the way everyone who works in retail past the age of 30 is. She has styled for VICE, MTV, Channel 7, Oyster, and Acclaim; held DJ residencies in Tokyo and New York, played Chanel after parties, and held parties attended by ever celebrity you ever cut out of a magazine in high school.

My music taste is eclectic, which is definitely noticeable when I’m out DJing as I play at various bars, clubs and parties. So when I’m at home on a Sunday evening the music that I listen to will vary, which is also dependent on the mood that I’m in on that evening.

Generally I will be hung over, so I would want to listen to something that is going to be somewhat low key. However, at times there are a few Sunday nights where I’m inclined to head out, so I’d put on songs that would want to make party.

The songs that I have selected are a range of tracks that would explain a hypothetical sunday night.

Track 1 and 2:  I’d be at home hanging out with the cross eyed cat that I live with feeling very sorry for myself as I would be hungover from saturday night.

Track 2 – 9: I’d play these songs after getting a call from a friend trying to convince me to head out to meet up with some friends at a bar near by. My arm is easily twisted…

They’re to be played loud whilst getting dressed and doing my make up, during track 6 I would probably be dancing around the bedroom in my underwear.

Track 10 – 13: By the time these songs are playing I’d be having shots of vodka before walking out the door and also try to imitate Ciara’s dance moves from her clip. One day I will concur those moves.

It’s 2015, and the World is Still Stopping to Cheer a Serial Abuser of Women

There has been a lot of discussion around domestic violence in the media this year. Sure, it’s not enough, and the statistics still reflect…